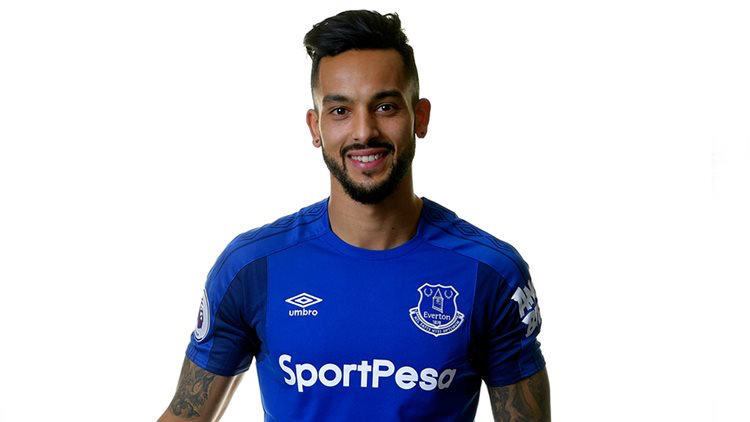 New Everton signing Theo Walcott still finds time for a golf holiday with his mates, as well as chilling with his young family by the pool

My favourite holiday destination is… anywhere with a nice beach, a pool and a good gym. I travel pretty regularly throughout the season, but we don’t really get to explore. In the summer months, I get about four or five weeks off and then we’ll jet away to either the south of France, Dubai or Italy. When I have time off, especially during the two weeks leading up to the football season, it’s important for me to have access to a good gym, so that I don’t go back with a beer belly. A golf holiday with the guys is always nice. I’m a bit of a bandit really, as although I play off 10, I should probably be a bit lower than that.

My favourite golf course… is the West Course at Wentworth. It’s just a great experience from start to finish. From the breakfast in the clubhouse to the actual golf course itself, and the way you’re looked after – it’s right up there. I played alongside Justin Rose in the pro-am for the BMW PGA Championship in 2013, and I was as nervous on the first tee as I’ve ever been on a football pitch! I played golf in Dubai a few years ago with my cousin and brother, but was dripping with sweat in the heat and wasn’t able to last the whole round. Night golf is a much better option, and I played a few rounds under lights there during a recent mid-season break with Everton.

When I’m on holiday… I like to relax. We can’t be too adventurous, because of the potential for injuries, so things like skiing and rock climbing will have to wait until I retire. I also want to learn to scuba dive, and I’m a big animal lover, so a safari is also definitely on my bucket list.

My favourite city is…New York. It’s got such a great buzz. I first went when I was 18 and then again when I was 19, and I just felt really comfortable there. London is great, but there’s something about New York that really stands out for me. I’d like to live there at some point.

My favourite hotel is…the Mandarin Oriental in New York. It’s on Columbus Circle and has great views looking out over Central Park. I was ill for about four days when I was staying there, but actually having that time in the hotel was great. The service is fantastic and the rooms are quite modern and neutral, but for me it’s all about the amazing views. They also have a great gym, and I saw Rihanna working out in there. I wasn’t brave enough to speak to her. I was like a nervous schoolboy in her presence.

My most memorable holiday meal was at… the Harbour Grand Hotel in Hong Kong. I was there with the Arsenal team a few years ago and the view out over the harbour of the boats was quite special. It was pre-season, so there was a lot of banter going around the table, and it was just a great buzz. Afterwards, I went up to the hotel’s rooftop pool, which has glass side, so you can swim right up to the edge and look out at the incredible view.

The thing I hate about holidays is… getting on a plane. I have a bit of a fear of flying, so I don’t like to travel too far. My grandad used to take me out in his two-seater propeller plane when I was younger, and although he was a good pilot, the memories have scarred me for life. I’ve had a few bad flights since then – I really don’t like turbulence.

My best piece of travel advice… is to fully research where you’re going before you commit to booking anything. I go online or ask friends for recommendations. Also, don’t pack too much – especially if you’re going on a shopping holiday. I always do a lot of shopping in New York, so I take a few empty bags.