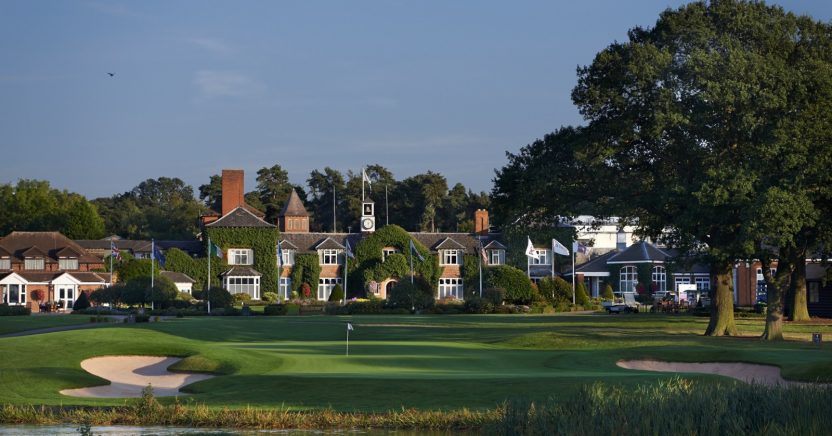 THE BEST OF BRITISH GOLF RESORTS

With the pandemic putting paid to the chance of a enjoying a spring golf break abroad, there has never been better time, when Government restrictions allow, to book a UK-based golf holiday and take advantage of the many and varied golf resorts that are right on your doorstep.
With bookings for UK golf breaks in 2020 up by 100% on 2019 figures, it will pay to reserve your place now to avoid missing out on availability in April, May and beyond. The destinations that have proven the most popular are the UK’s former Ryder Cup venues, Celtic Manor, The Belfry and Gleneagles, while Open Championship venues like Carnoustie and Turnberry have also attracted plenty of golf break business from domestic markets.
The Ryder Cup venues all have multiple courses on-site, as well as quality accommodation, great bars, restaurants, spas and gyms. The facilities appeal to both golf fans looking to play bucket-list courses such as The Belfry’s Brabazon and Celtic Manor’s Twenty Ten, and also couples and families looking for a relaxing break.
Other venues to attract increased visitor bookings from staycation golfers in between lockdowns include Forest of Arden, Slaley Hall, East Sussex National, Rockcliffe Hall, Oulton Hall, Breadsall Priory, Prince’s Golf Club, Forest Pines and Telford Hotel & Golf Resort.
With the courses in pristine condition after very little winter play, the time could be right to strike out on a golfing break closer to home. So, sling your clubs in the back of the car, take as much luggage as you like, and take a trip to some of the resorts featured below, where you can be sure of a warm welcome, and some fantastic golf and hospitality. 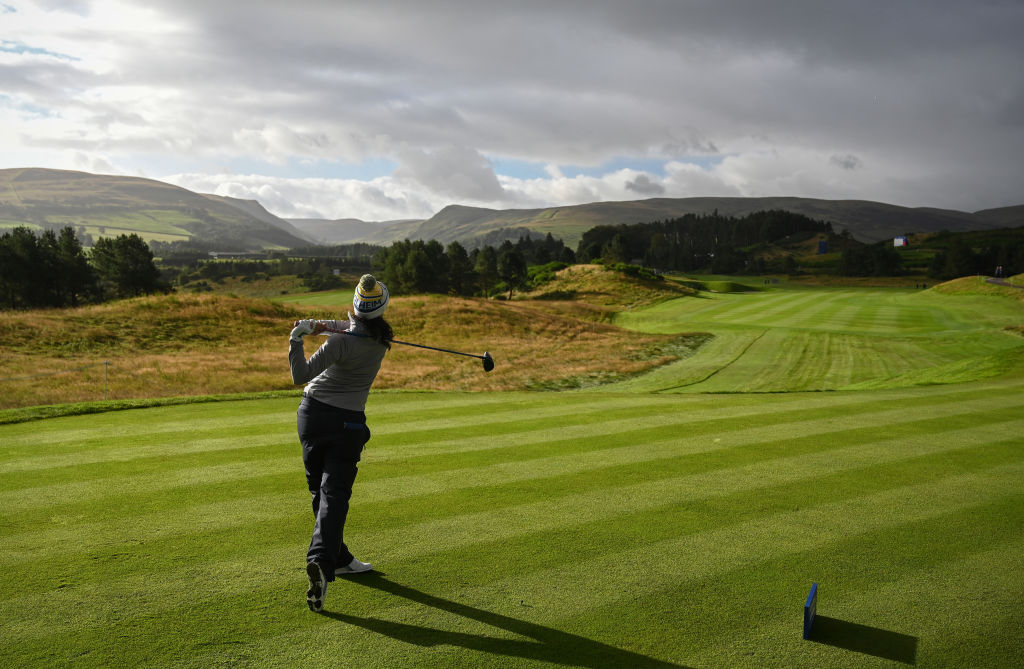 The Solheim Cup was held at Gleneagles in 2019

Gleneagles, Scotland
While Gleneagles was a world-renowned destination long before it hosted the 2014 Ryder Cup, its status as Europe’s most luxurious sporting estate reached rarer heights following the staging of golf’s most hotly contested team event.
While Rory et al tackled the Jack Nicklaus-designed PGA Centenary Course, the Perth-based five-star resort also offers two further impressive 18-hole tracks, in the shape of the King’s and Queen’s, which many astute observers rate even more highly. And there’s also the excellent 9-hole Wee Course on which to sharpen up your short game skills.
Whichever combination you play, you can be guaranteed a good night’s sleep afterwards in a choice of luxury accommodation. Guests can rest up in one of 232 suites in the hotel or rent one of the luxury lodges that are located on the estate.
Boasting Scotland’s only two Michelin-starred restaurant, three further dining options, and a 1920s-inpired art deco bar that has over 120 different whiskies to sample, there are plenty of reasons not to leave the hotel’s tartan-clad comfort, but with so many traditional Scottish country pursuits on your doorstep, it would be foolish not to venture out for a spot of huntin’, shootin’ and fishin’ on the 850-acre estate. Why not try your hand at gundog training, falconry or a spot of clay pigeon shooting or salmon fishing? For the less adventurous you could always have a go at pétanque or tennis, or simply relax in the award-winning ESPA spa.
The International Association of Golf Tour Operators named Gleneagles the 2019 European Golf Resort of the Year. This is in addition to its position as both the Ryder Cup and Solheim Cup host in 2019. These are some of the biggest golf tournaments in the world and people all over the world watch and bet on these tournaments. A sports betting community called OLBG has compiled a list of their recommended betting companies should you wish to have an extra interest in the event. 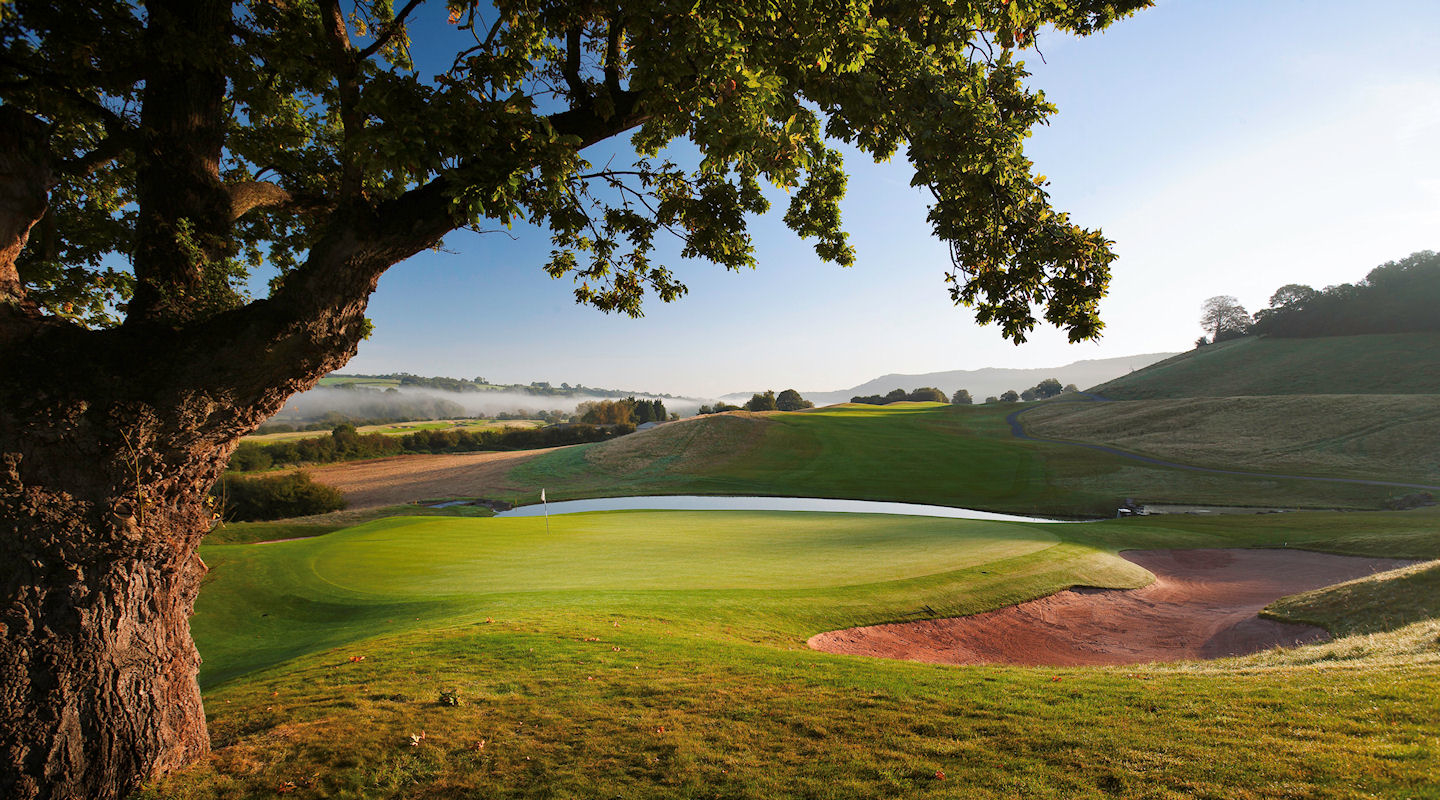 Celtic Manor, Wales
Celtic Manor Golf Resort houses a golf academy that features a floodlit driving range, an AA Rosette restaurant, two health clubs, and two luxurious golf clubhouses, which serve as one of the largest clubhouses in Europe. Apart from offering three world-class championship courses, it hosted the 2010 Ryder Cup and has the first course to be built golf’s greatest team tournament – the Twenty Ten Course. Playing there implies that you want to tow the paths of Phil Mickelson, Rory Mcllroy, and Rickie Fowler.
After a long play, you can retire to the 5-star resort hotel that offers guests a stylish staying experience. You can always find almost everything you need to have a memorable stay – signature rooms, restaurants, bars, and spas. Though it was constructed during the 19th century, the rooms have been styled to modern needs and comforts. If you seek extravagance at its peak, the Celtic Manor Golf Resort is for you.

The Belfry, Warwickshire
Not one to trade on its past glories, the iconic venue for four past Ryder Cups has received a £26 million refurbishment in the last few years which has left no area of the resort untouched.
The changes are apparent from the moment you walk into the hotel lobby, where a unique golf club chandelier, featuring a mix of irons, wedges and putters, adorns the striking new entrance.  All 319 bedrooms and suites have also been renovated, while the open-plan Brabazon Bar, the Ryder Grill restaurant, and Sam’s Clubhouse, give golfers plenty of options on the wining and dining front.
The Brabazon Course, venue for those thrilling encounters between Europe and USA, thankfully remains largely unchanged, giving golfers the chance to relive some of the great shots that have been played, as well creating some history of their own. The resort’s other two 18-hole courses, the PGA National and The Derby, are both fine tracks in their own right, but only serve as supporting acts in such historic company.
No visit to The Belfry could be complete without a night out at the legendary Bel-Air nightclub, which has also received a major facelift. Other on-site facilities include a 12-room treatment spa, finishing studio, relaxation rooms, leisure club, as well as numerous bars and restaurants to kick back and relax. 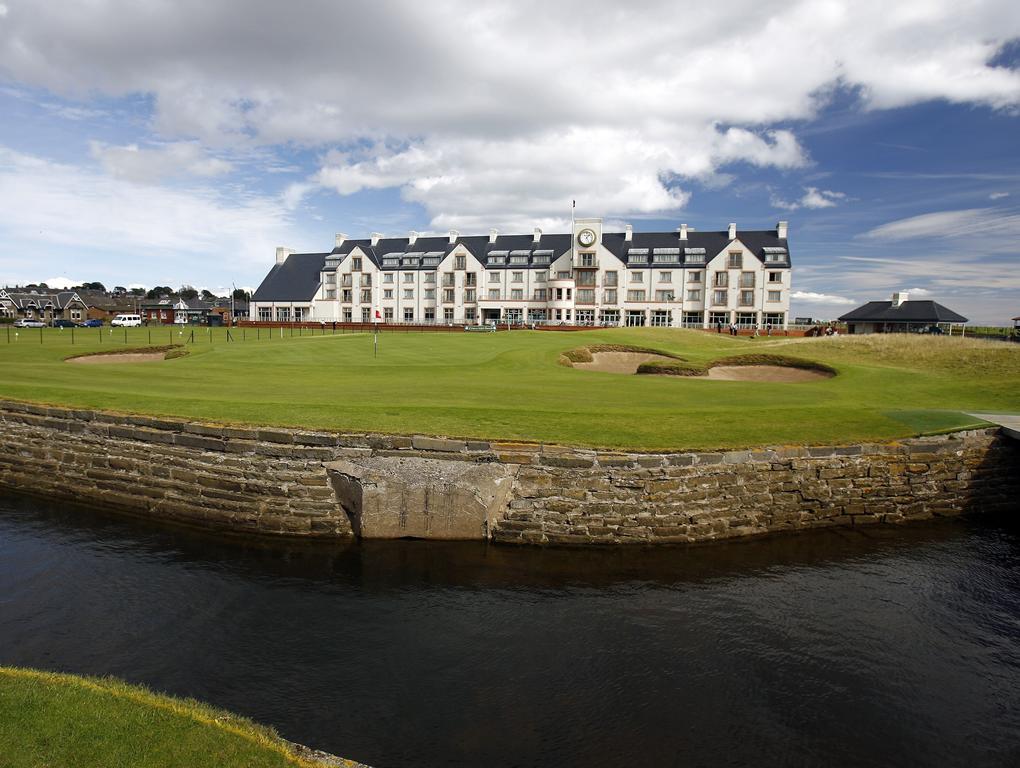 Carnoustie Golf Hotel & Spa, Scotland
The Championship course on which Padraig Harrington enjoyed one of his finest hours in 2008 has been described as the ‘supreme test’ and was rated by Walter Hagan as ‘the greatest course in the British Isles’. At 7,421 yards off the back tees, it is the longest track on the Open rota, with one of the toughest closing stretches in the business, as hapless Frenchman Jean Van de Velde will no doubt testify.
The Championship course is just one of three courses on offer, with the Buddon and the Burnside combining to offer three superbly differing, yet hugely enjoyable, tests of true links golf.
Four-star accommodation can be found right behind the 18th green at the Carnoustie Golf Hotel, which has 75 bedrooms and 10 suites, many of which offer stunning views over the courses, as well as an excellent Dalhousie restaurant serving a variety of locally sourced food. The hotel is owned and managed separately to the publicly-owned golf courses, but there are plenty of all-inclusive golf packages to choose from.
Other facilities available in the hotel include an extensive spa that features a heated swimming pool, sauna, whirlpool, steam rooms and treatment rooms.