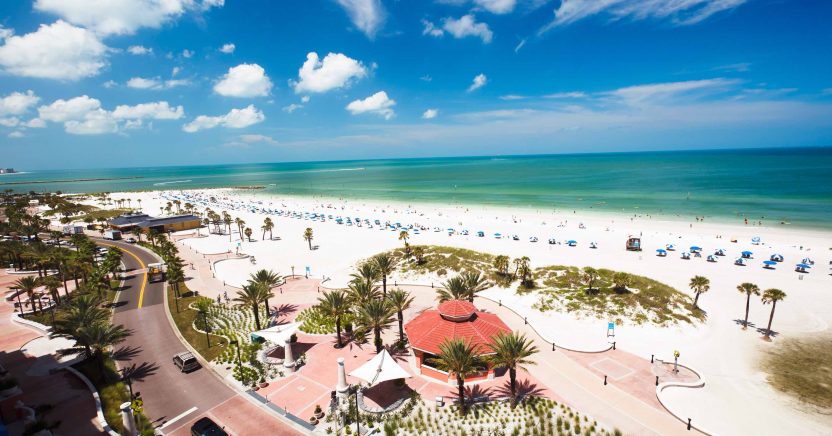 Sarah Stirk points her golfing spotlight on the unheralded Floridian city of Tampa, which boasts a bevy of highly-touted Tour venues, as well as some impressive layouts from some of the game’s foremost architects

Florida, in the early part of the year, is always a win-win holiday destination. Not too hot, not too cold – just the perfect temperature for golf. I always love heading out there for the Florida swing, and the focus for this month’s column is a city, which, I believe, doesn’t get the credit it deserves for its plethora of top layouts – Tampa.

Situated on the Florida’s west coast, looking out over the Gulf of Mexico, Tampa offers some great golfing options and real variety, but it’s often the forgotten golfing destination in the Sunshine State.

One of its premier destinations is Innisbrook, which plays host to the PGA Tour’s Valspar Championship every March, which I’ve covered for Sky Sports for the past two years. It’s a superb course, but probably doesn’t garner as much attention as the other venues on the Florida Swing. Orlando has Bay Hill and the Arnold Palmer Invitational, while West Palm Beach has the PGA National and the famous Bear Trap.

But Tampa more than holds its own, and I’m going to outline why. I’ve sung the praises of Streamsong before, but that sits 55 miles south east of the city, pretty much in the middle of nowhere. There’s also the 36-hole World Woods Golf Club, which is 60 miles north of Tampa in remote Brooksville. If you come to Florida you must check out both, but there are several excellent layouts much closer to the city limits. 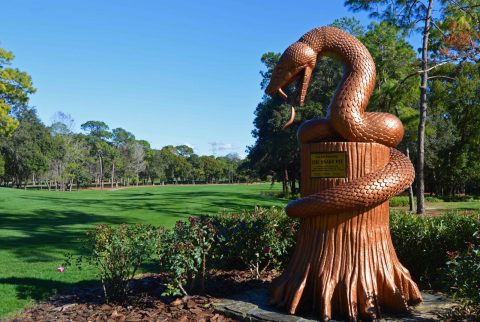 The Copperhead Course at Innisbrook

Let’s start with the Innisbrook Resort, and its signature Copperhead Course. One of its designers – Larry Packard – had a trademark feature of a signature ‘double dogleg’ and it’s seen here at Copperhead’s par-5 14th hole. I think it’s a brilliant layout and that’s mainly due to the terrain. There’s more than 80 feet of elevation change, stunning pine tree-lined fairways, and there’s not an over abundance of water, like so many typical, resort-style Florida courses. Due to this, the pros often say it has a Carolina feel, and it’s without doubt the jewel in the crown of Copperhead’s 72-hole property.

Perhaps known as the second course at Innisbrook, the Island Course is a par 72 that plays 7,310 yards from the back tees and is the site of the ISPS Legends Tour Open Championship, where Hall of Famers such as Nancy Lopez and Beth Daniel do battle every November. Picturesque and demanding, it features a little bit of everything, from tight fairways and plenty of bunkers, to intimidating water hazards and elevation changes.

For many years, the Champions Tour played an event at TPC Tampa Bay, a 6,898-yard gem designed by Bobby Weed with Chi-Chi Rodriguez as the player consultant. Its charm is its link to nature, with the course navigating around natural wetlands.

Meanwhile in Dunedin, a quaint, Scottish-inspired town 20 miles northwest of Tampa, Dunedin Golf Club has played host to 18 Senior Tour Championships dating back to 1945. Golfing legends, including the likes of Hogan, Snead, Hagan and Crenshaw, all walked the picturesque fairways. It opened in 1926, but the Donald Ross design underwent a major restoration in 2007, and it’s a must-play course in the region. 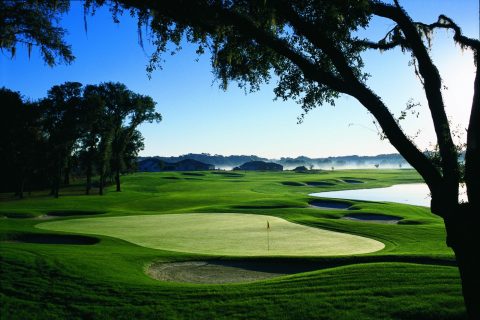 One of the city’s great stay-and-play options is Lake Jovita Golf & Country Club, which qualifies as a real hidden gem and is just a 30-minute drive north of downtown. It’s a superb high-end gated community, set in rolling hills and featuring ancient oak trees, and is home to two courses. The South Course, a hilly layout designed by PGA Tour pro Tom Lehman and Kurt Sandness, features a 94-foot elevation change from tee to green on the par-5 11th. The elevation aspect is my favourite part of golf in Tampa – it creates such an interesting dynamic. The North Course is more forgiving than the South, especially off the tee. 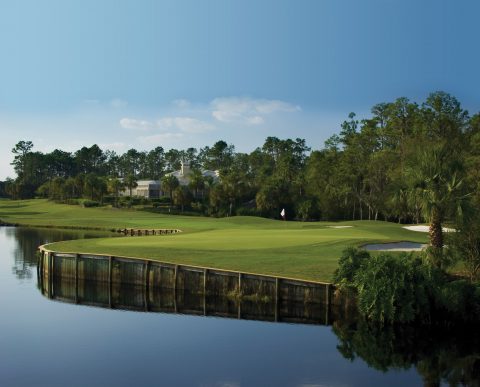 The Palmer Course at Saddlebrook

Another convenient resort-style option is the palm-studded Saddlebrook Resort, about a 30-minute drive north of Tampa International Airport, and featuring two Arnold Palmer-designed signature courses. The Palmer Course at Saddlebrook has undulating rolling fairways, while the Saddlebrook Course is much tighter, requiring precision with your irons. Both Lake Jovita and Saddlebrook feature sumptuous accommodation and plenty of other sporting amenities right on your doorstep.

So in summary, Tampa is a fantastic golfing option, which arguably deserves more praise. And let’s not forget just how easy it is in terms of logistics, with daily British Airways flights from Gatwick. The city itself has a great vibe, and you are also only a short drive away from Clearwater Beach, annually rated as one of the best in the US. What’s not to like?