HITTING THE GREENS AT THE BLUE LAGOON - Golf News 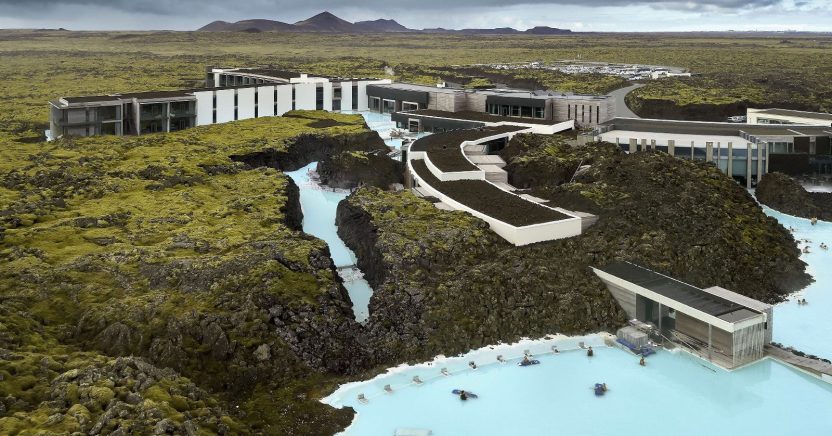 HITTING THE GREENS AT THE BLUE LAGOON

Nick Bayly hits the links in Iceland while staying in the country’s only five-star hotel, The Retreat at the Blue Lagoon, where geothermal waters sooth aching muscles between rounds

What country boasts the most golf courses per capita in the world? Spain? Portugal? South Africa? Scotland? New Zealand? The answer, as you might have guessed, is none of above. In fact, it’s Iceland. Yes, the land of the midnight sun, where golf is only possible for six months of the year, has the most holes of golf per citizen on the entire planet.

OK, let’s not get carried away into thinking that Iceland’s 40,000 square miles is simply one big golf course, with tees, fairways and greens scattered liberally among the lava fields, glaciers and volcanoes. With a native population of just 360,000, it doesn’t need too many golf clubs to skew the numbers. In fact, there are 65 to chose from, split between eighteen 18-hole courses and fifty 9-holers.

With a third of the population living in and around Reykjavik, the courses around the capital are extremely busy during the summer months, especially at weekends, when the locals go a little 24-hour golf crazy as they get their fix before they have to swap their putters for ski poles, but when I visited in early October, just as first serious chills of winter were setting in, the clubhouse at Keilir Golf Club was deserted and myself and my golfing guide were the only brave souls out on the course.

With howling winds and the occasional icy shower, it was arguably not the best time to check out Iceland’s golfing delights, but needs must, and having already experienced midnight golf here before, I can testify that it’s light enough to play at any time during the six weeks between mid-June and the end of July, while the months either side between May and September are also prime golfing time.

Keilir, which is ranked Iceland’s top club, is located in Hafnarfjordur, a 15-minute drive south west of Reykjavik. It started out life as a nine-holer, but now offers three loops of nine and is currently in the process of upgrading it further ahead of the 2020 season. The front nine of its Hvaleyrarvöllur course is without doubt the most interesting of the loops, with the holes threading their way through narrow gaps in a vast lava field, so if you stray off the green stuff the ball has a tendency to violently ricochet off the angular black rock surfaces, often never to be seen again. 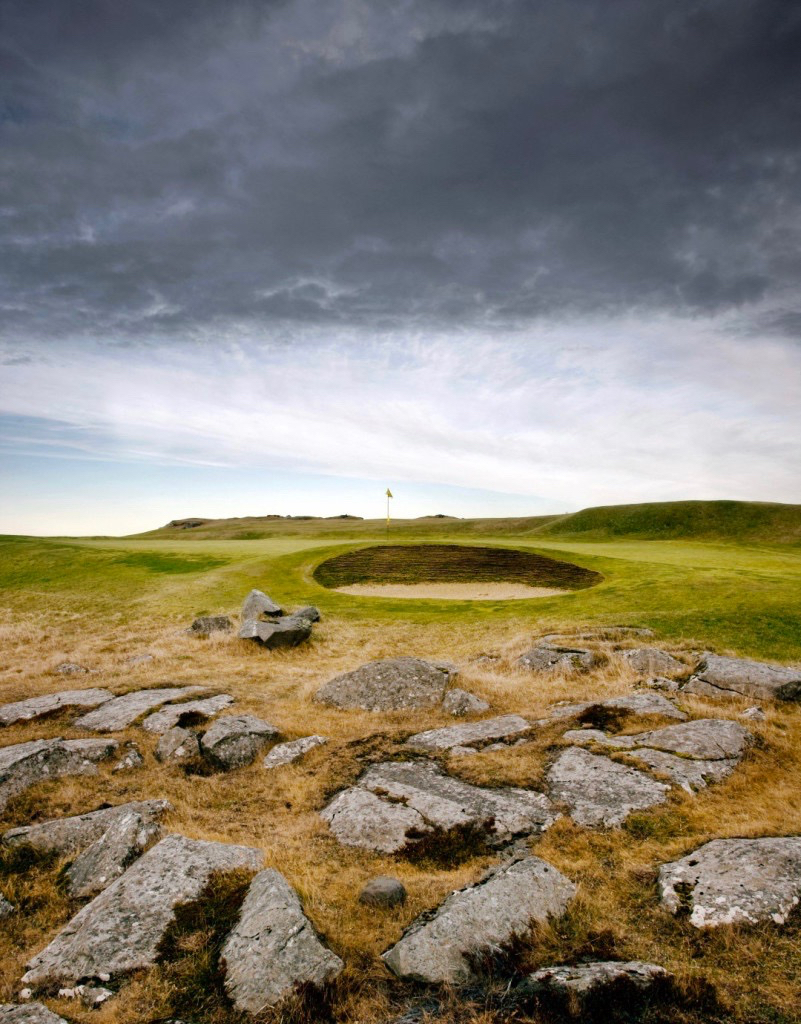 Occasionally, the golfing gods will smile benevolently and send an errant drive back towards the fairway, but not often enough for my liking. With jagged rock formations surrounding the greens, there’s very little margin for error on approach shots, and the changes in elevation and gusting winds can play havoc with club selection. And if you’re playing with your own clubs, my advice would to bring an old iron that you don’t mind putting a dent in for those all-important rescue shots off the lava rocks.

The back nine is spread out over a grassy headland that overlooks the sea and a fishing harbour, offering distant views across the bay to the Snaefellsjokull glacier. Refreshingly rock-free, this section of the course adds in bunkers – there are none on the ‘Lava 9’ – to ramp up the challenge, while there are a number of testing shots over the water’s edge to negotiate which add to the fun. All in all it’s a brilliantly entertaining layout, with a modern clubhouse overlooking the course to hole up in afterwards.

Other clubs worth checking out include Iceland’s oldest course at Reykjavik GC, which dates back to 1934; Grindavik, which is home to a links-style course which spans the two tectonic plates of Eurasia and North America, and Nes Golf Club, a charming little 9-hole coastal track located only a few miles from the capital that throws in the added excitement of thousands of dive-bombing arctic terns that attack golfers that get too close their eggs during the summer nesting season. Think Angry Birds meets Caddy Shack.

Kidjaberg, an hour‘s drive east of Reykjavík, is also well worth a visit, with the 18-hole course running alongside the glacial river Hvita, the most famous feature of which is the Gullfoss waterfall, which forms part of Iceland’s ‘Golden Circle’ tourist trail, while a round at Vestmannaeyjavöllur will also live long in the memory, with the course laid out inside the crater of a volcano which last erupted in 1973. Located on an island just off the south coast, and the host of the annual Volcano Open, the course is somewhat agricultural, but the backdrop is nothing short of extraordinary. 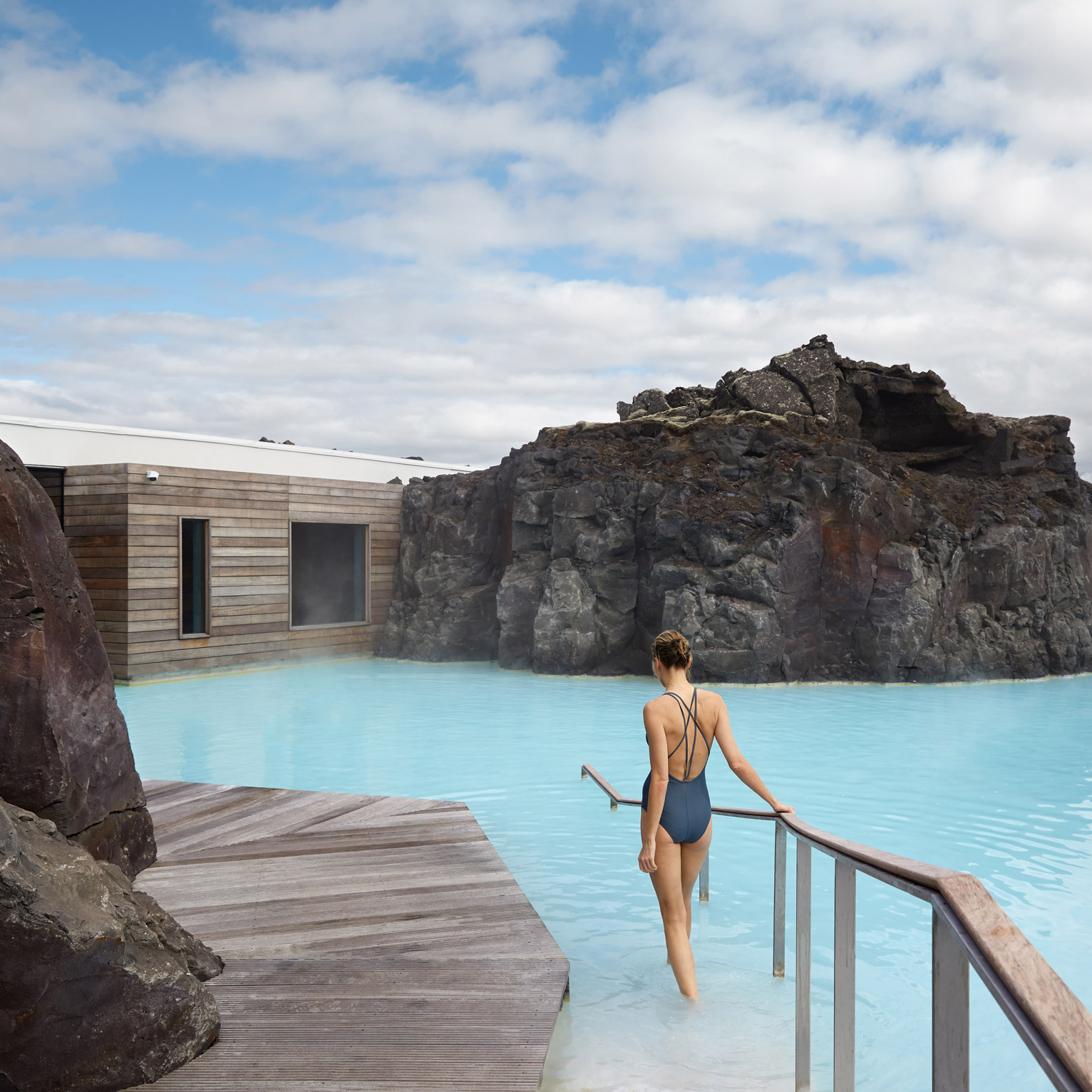 After a stamina-sapping round, rather than head for the pub, most Icelanders make for one of the many geothermal baths dotted all over the country to sooth their golfing muscles. My ‘19th hole’ for the trip was in the luxurious surroundings of the Retreat at Blue Lagoon, a five-star hotel located 20 minutes from Keflavik airport and on the edge of one of Iceland’s most popular tourists spots. One of the 25 Wonders of the World, the Blue Lagoon features five acres of hot springs that draw in thousands of visitors each year who flock to enjoy the reviving tonic offered by the 40c mineral-rich waters.

Cut out of the volcanic bedrock, the Retreat, which opened in 2018, is sunk into the landscape like a baddie’s lair from a Bond film, with its 62 suites all offering impressive views onto the lagoon, to which the hotel has its own private area – and the moss-covered wastelands beyond.

While its easy to bob around doing nothing in the lagoon – although there is a swim-up drinks bar – guests can also indulge in a range of in-water spa treatments, including an 60-minute massage, during which you will be propped up on a lilo and massaged half in the water and half out. Given that it was October, the ‘out’ bit wasn’t great, but it certainly did the job of awakening the senses and loosening an aching back. Open until 8pm, the floodlit waters are even more impressive at night, when, if the skies are clear, you can look up to the stars, and, if you’re very lucky, marvel at the Northern Lights. 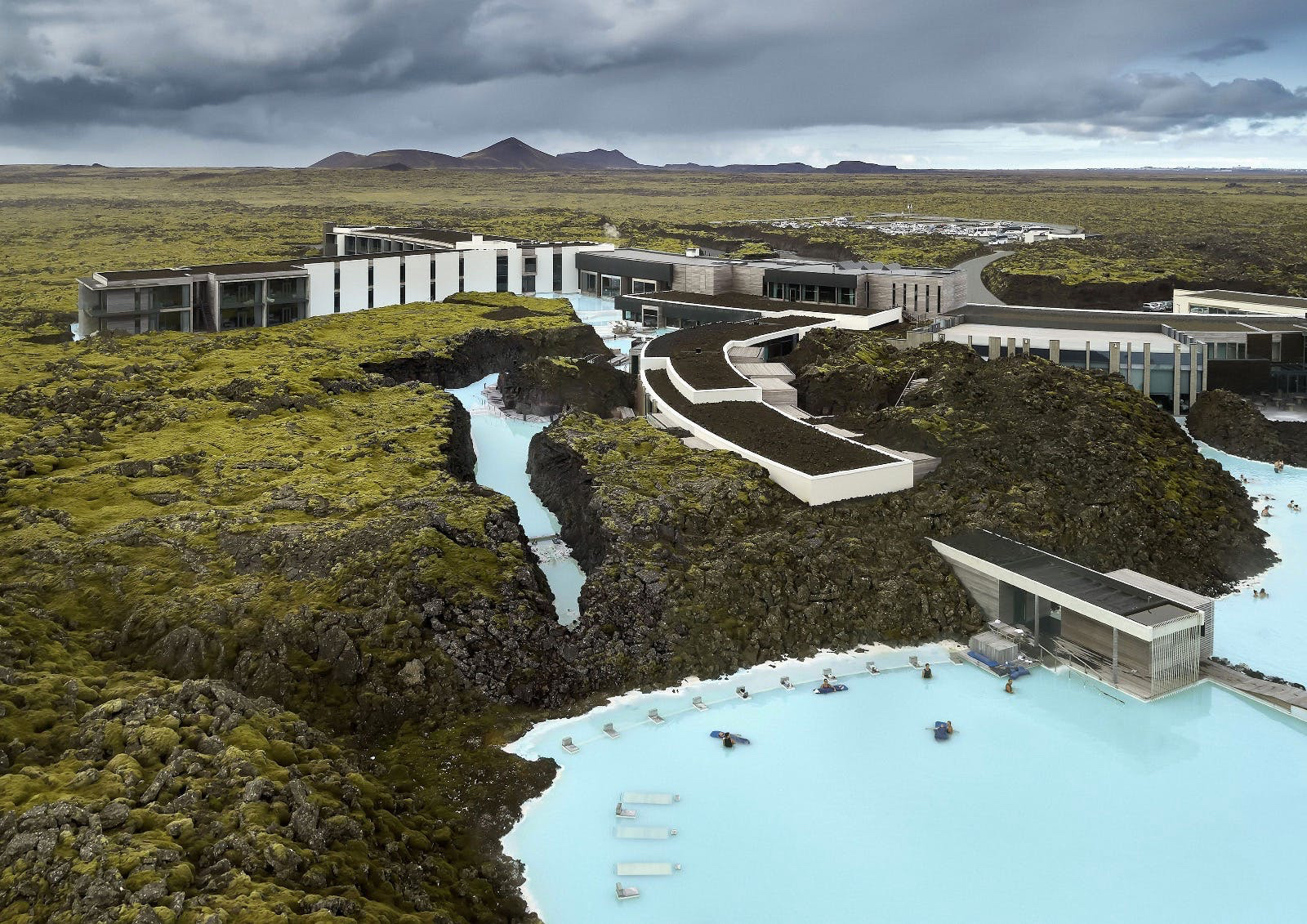 In addition to a vast indoor spa, the hotel offers three dining options, with the Spa restaurant serving up healthy options for dressing gown-and-slipper types, with kale and barley salads, open salmon sandwiches and fruit smoothies being the order of the day, while those looking for something more hearty can opt for the Lava restaurant, whose menu includes a wide range of locally caught fish, including cod and arctic char, and various cuts of lamb (sheep outnumber people in Iceland). For the finest of fine dining, however, the Moss Restaurant serves up a five- or seven-course menu, with dishes such as beetroot salad with blue cheese snow, arctic char in cucumber and sorrel sauce, and my favourite, a beef fillet smoked at the table on your own BBQ.

With B&B costing just over £1,000 a night – although they do throw in morning yoga sessions and free guided hikes – the Retreat is unlikely to be somewhere to hole up for a fortnight, but for a short summer golf trip, or a relaxing weekend spa break at any time of year, it’s hard to think of a more chilled out place to refresh the body and soul.

Nick Bayly was a guest of the Retreat at the Blue Lagoon (retreatbluelagoon.com, 00 354 420 8800). For details on where to play golf, visit golficeland.org. Wow Air, British Airways, Icelandair and EasyJet all offer direct flights from London to Keflavik International, which is a 20-minute drive from the hotel. 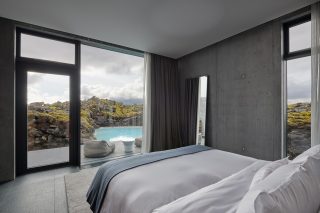 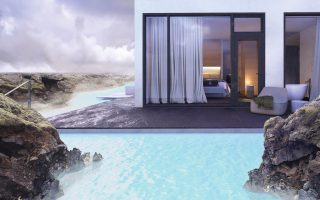