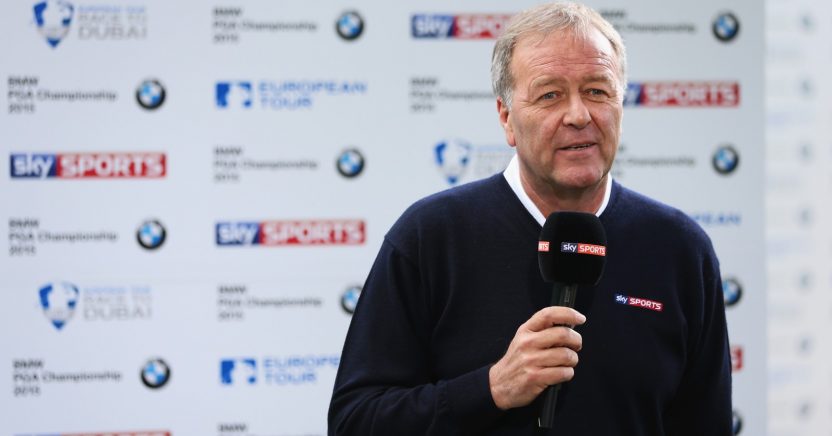 Sky Sports golf commentator EWEN MURRAY never stops travelling, but when he does, he can often be found fly fishing in Scotland, or enjoying a few holes at a highland gem

My first holiday memory…is playing on the beaches on the Isle of Lewis when I was a young boy growing up in Scotland. My parents, Jim and Joan, were from Arbroath and Stornoway, so our holidays were spent there. Golf came into my life very early, and I grew up playing golf courses in the county of Angus, like Edzell, Kirriemuir, Carnoustie and Montrose. 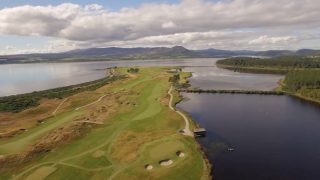 My best holidays….are spent at home, as I travel around so much for work. Having said that, it’s hard to beat a few days at Skibo Castle in Sutherlandshire, by the shores of the Dornoch Firth. The golf course, which has recently been transformed, looks like it’s been there for centuries and the views are breathtaking. The hotel at the castle is the ultimate in luxury, yet wonderfully understated. A few days there is like stopping the clock.

My favourite destination in UK…is the River Deveron in Aberdeenshire, where I’ve enjoyed many hours flying fishing for salmon, and the odd game of golf at nearby Duff House Royal. The course was designed by James Braid and Alistair McKenzie. The small towns of the Highlands remain largely unchanged and have thankfully retained their charm.

My ideal travelling companion….is Bruce Critchley, who is great company and a wonderful friend and colleague for over 20 years. Before his retirement last year, we made many journeys together and he made some awful ones manageable. These days I tend to travel on my own, as my Sky colleagues often arrive at the venue ahead of me.

I always pack… my Bose headphones. I’m 60% deaf, so noise-cancelling headphones allow me to hear music and films more clearly. I used to read a lot of hardback books, but these days I tend to download them onto an iPad, as it saves a lot of space. 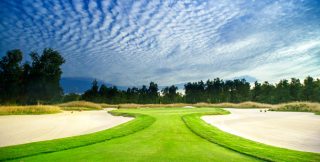 My favourite golf course abroad is…Les Bordes in the Loire Valley, which was designed by Robert Von Hagge, who was influential is putting together this year’s Ryder Cup venue, Le Golf National in Paris. The River Club in Johannesburg, the Prince of Wales in Santiago, Royal Harare in Zimbabwe, and Lusaka in Zambia, are also right up there.

My favourite UK golf course….is so hard to choose, as we are blessed with so many great ones. I love links golf and, politics aside, what President Donald Trump has done to Turnberry is outstanding. I also have huge respect Carnoustie, the toughest yet fairest of all the courses on the Open rota. Closer to home, Walton Heath, where I spent 16 happy years, is high up there, along with West Sussex Golf Club, which is near where I live. I’m also a member of Liphook Golf Club, which I find enchanting.

My favourite city…is Buenos Aires. I love South America and have visited many times as a player and a commentator. I’ve just returned from Mexico City and was hugely impressed, but with over 27 million people and seven million cars, it would not be on your list for a relaxing holiday. There are many places I would like to visit in South America, as it’s one of the few places left that has retained its identity.

My greatest travel luxury… is a first-class ticket. I’ve not had many, but there is a certain calmness and anticipation about having a boarding pass with 1A printed on it. I had one recently from Shanghai to Dubai on the new Airbus A380. Having a shower on board above India was quite novel!

My ideal holiday four ball… if I was playing in South Africa, would include the late Simon Hobday, who had the best swing I’ve seen in my years of playing and commentating, and was a great storyteller; John Bland, for his sense of humour; and Tony Johnstone, so I wouldn’t be the shortest hitter! Otherwise, Rich Beem, Butch Harmon and Tiger Woods would make another entertaining foursome. 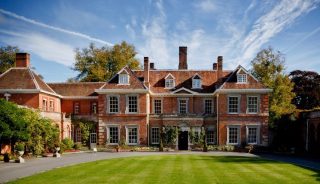 The favourite hotel… in the UK is Lainston House in Winchester, while aboard it would have to be the Meikles Hotel in Harare, Zimbabwe, which I stayed at many times during the 1980s.

My favourite holiday meal… would be a simple fish and chip supper from the Anstruther fish bar in Fife. When I’m away with work, Howard Clark and I have enjoyed some memorable meals, with the Casa Botin in Madrid being a particular highlight. When I’m working in the States, the Ruth’s Chris steakhouse chain can be relied on for a good meal.

My next holiday will be… to somewhere north of Hadrian’s Wall. I went fishing last year on the Helmsdale and the River Bogie, and would like to go back. It’s a long way from civilisation, with just the sheep for company!

My dream holiday… would be to Sandy Lane in Barbados. I had dinner there once and it is luxury personified. It’s expensive in anybody’s world, but the experience would be remembered long after the price is forgotten.

My top travel tip is… to never rush. Too often I’ve been tearing around various places trying to catch flights. Holidays are not for that – they’re a reward to you for working throughout the year. A time to slow down and do what you want to do in your own time.