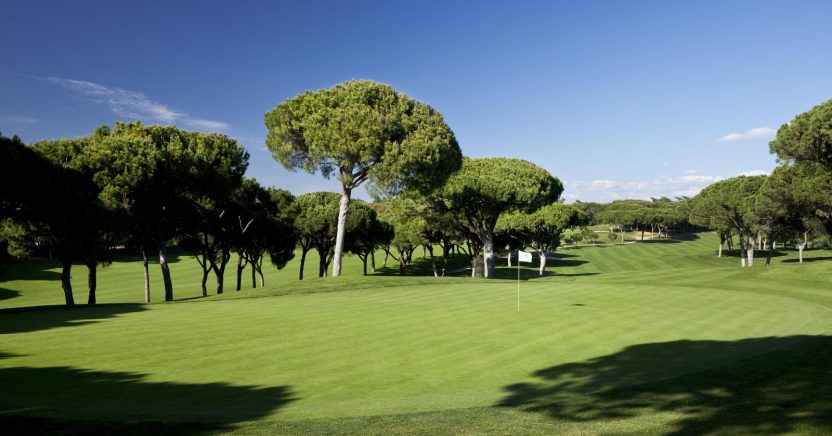 Sarah enjoys a long overdue return date with the Old Course at Vilamoura, which is now under the ownership of the Dom Pedro Group

I make no secret of the fact that covering the European Tour’s Portugal Masters for Sky Sports is my favourite week of the year. It was certainly even better this year, due to an earlier slot in the schedule, which made for perfect weather all week. Great golf, great food, lovely people – what’s not to love?

This year saw one of the best Portugal Masters ever staged – a great field assembled with the Victoria Course hosting for the eleventh time. Designed by the late, great Arnold Palmer, and one of five courses at the Vilamoura resort, the Victoria opened in 2004 and, just a year, later staged the World Cup, won by Stephen Dodd and Bradley Dredge of Wales, before the first Portugal Masters was held in 2007.

Playing to 7,146 yards and a par 71, the picturesque and often sun-drenched track has generous fairways and gentle rough, and therefore puts a premium on accurate wedge play and converting numerous birdie chances. Despite its playability, there are a number of hazards strategically lurking across the 90-hectare site for those straying too far off line, with several lakes and bunkers in play, and plenty of natural vegetation, including carob, olive and almond trees.

The course was in perfect shape this year, with lots of refurbishment having happened in the lead up to the 2017 edition. It’s been a period of flux due to a recent change in ownership, with the Dom Pedro Group officially launching ‘Dom Pedro Golf’ after acquiring five of Vilamoura’s best-loved courses from Oceanico. 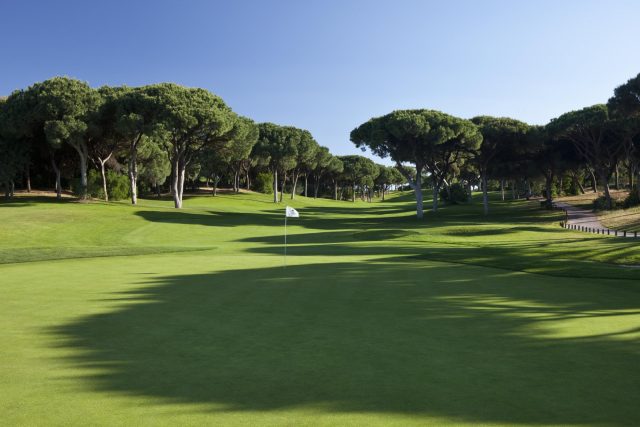 As the owner and operator of four hotels in the Algarve, and several more around Portugal and Brazil, Dom Pedro spells a new age for golfers traveling to Vilamoura. Central to the visitor experience will be what has long been recognised as Europe’s most complete golf offering, comprising five world-class championship golf courses, all within a 3km radius. As well as the Victoria Course, the collection features Pinhal, Laguna, the Old Course, and the Millennium.

Vilamoura is one of Europe’s most popular golf destinations, and the Dom Pedro Group has been at the heart of its development for over half a century. The organisation’s standing in the region has only been enhanced by the investment in the five headline courses, which are complemented by 634 hotel rooms and apartments at three four-star hotels and by Vilamoura’s other main attractions, namely the gorgeous, windswept beaches and the vibrant marina.

The group plans to invest more in the courses and facilities over the coming years, with a real vision to giving the properties an American feel when it comes to the high standard of service. Expect the offering to keep getting better and better.

I was lucky enough to play the Victoria Course on the media day a couple of years ago, and this year I tackled the Old Course. I’ve played it before, but its one of those layouts that you never tire of. Well, that’s not entirely true – I was pretty tired of finding the trees after I walked off the 18th green. I posted a couple of photographs on Instagram during my round, and it was lovely to see so many comments saying for many it was still their favourite course in the Algarve.

As many of you will know, it’s a tight, tree-lined course featuring some challenging holes, but in complete contrast to the Victoria course, where you can open your shoulders and hit driver off most tees, the Old Course is a strategic test of precision. I used my three-wood and long irons on many occasions, but that’s also a lot to do with how I’m hitting the big stick at the moment. I’m not the first, and won’t be last, to have seen a drive find an umbrella pine and remain there.

There’s no doubting the breadth and depth of wonderful golf on offer in Portugal, but the Algarve region still delivers on so many fronts when it comes to a golfing holiday, and that’s why it’s always number one on my list.
Follow Sarah Stirk on Twitter @SarahSkySports