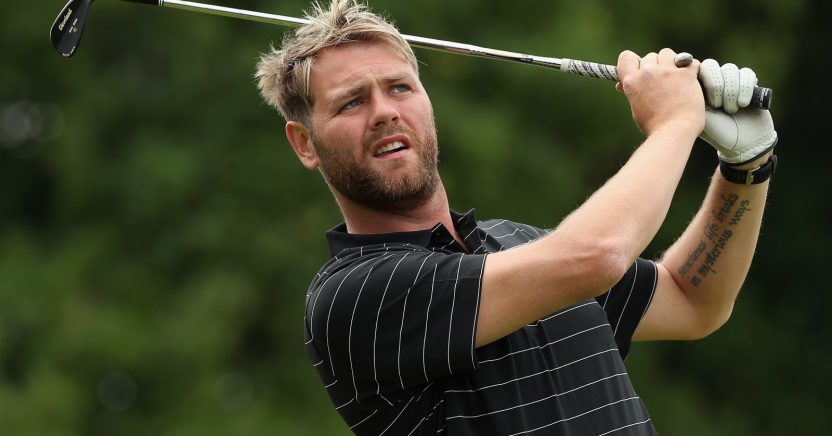 My first holiday was… a family trip to Spain when I was a kid. Coming from Ireland, we’d never been overseas before, but we flew over to Spain for a week, looking for sun, sea and sand, and it rained for six of the seven days. To make matters worse, it was the hottest week in Ireland for 30 years, so when we came back we looked like ghosts compared to everyone else!

My favourite golf holiday destination is… There are so many that come to mind, but I’ve got to say that Marbella is one of the very best. It’s got a great vibe all year round, with excellent food and nightlife. The golf is great too, and one of my very favourite courses, Valderrama, is located there. I tend to go there a couple of times a year, and I fall in love with it a little more every time.

My favourite UK golf course is… the Brabazon Course at the Belfry. It’s not the most scenic of venues, but every time I play there I get this lovely feeling. I guess it’s to do with the history of the place, with its long association with the Ryder Cup. I generally prefer the more manicured American-style courses, with big waterfalls and lakes, so that also explains why I like The Belfry so much.

I’ve been lucky enough to play some of the world’s best links courses, but I just find them hard to get to grips with. When I played Carnoustie for the first time in the Dunhill Links I absolutely hated it, but over the years I’ve come to appreciate its challenge, and although I’ll never love it, I’ll always respect it.

My ideal holiday fourball would include… Tiger, Rory, and, if you could get him back for one more round, Seve.

My best ever round was at… last year’s Dunhill Links on the Sunday at St Andrews. Robert Rock and I shot a combined score of 14 under par to finish second – that was amazing. I think I had six or seven birdies. It was one of those days when every shot you hit found the middle of the green, and every putt went in the hole. Not many people get the chance to play the Old Course on a Sunday, so that will always be a special memory for me.

My most embarrassing moment on a golf course… was when I played in Justin Rose’s first ever charity golf day at Wentworth in 1999, just after he turned pro, and a few months after he’d finished fourth at Birkdale. I’d only just started playing golf, and couldn’t play properly, to say the least. The West Course is hard enough at the best of times, but as a complete beginner playing alongside an experienced professional, it was a total nightmare. Thankfully, I’ve improved a bit since!

My favourite golf resort is… Costa Navarino in Greece. Not just for the hotel, but the entire resort. The views are incredible – I love that place. I’ve been twice this year already. It has two fantastic golf courses, and I think two more are being built.

The best hotel I’ve ever stayed in was…Trump Turnberry in Scotland. Politics aside, it’s quite spectacular, and the golf courses aren’t bad either.

My favourite city in the world is… a toss up between Sydney and Los Angeles. I have lived in many cities during my life, but these two are definitely my favourites for different reasons.

The golf course I’d most like to play is…Augusta National. I know it’s probably never going to happen, but it would be an absolute dream to play a round there. I was supposed to play TPC Sawgrass with Roger Chapman a couple of years ago, but my plans changed on the day, so I had to fly home. I was absolutely gutted.

My top travel tip is… always bring the sticks!