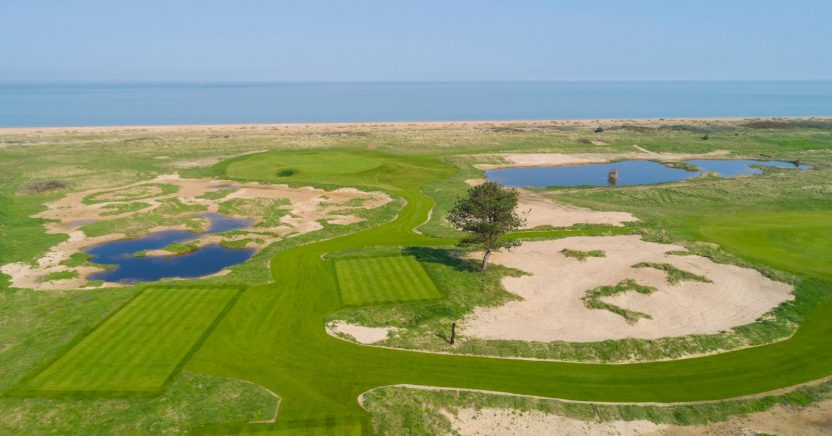 Matt Nicholson pays a visit to Prince’s Golf Club in Kent, where he enjoys an exclusive round on the new-look Himalayas Course, which has undergone an impressive redesign and raised the bar for links golf by several notches

I’ve always loved driving to the Kent coast to play golf. There’s something quite other-worldly about it, as you leave behind the M25, and the stresses of modern day living, and head to the very edge of existence, where the only worry is whether you’ll make it for your tee time.

And I’ve always loved going to Prince’s. It’s a special place – it’s hosted the Open Championship, for goodness sake – but it has none of the pretentions that are often associated with such venues, and, as such, feels like a club where everyone is given the same warm welcome, whether a member or guest.

Despite its impressive history (and there’s a great museum in the clubhouse which records it) the owners – the McGuirk family – do a great job of making sure everyone feels welcome, and I’ve always felt like I’ve been a member for the day whenever I’ve visited here over the last 20-odd years. You’ll certainly find no hushed whispering in the clubhouse or draconian regulations to adhere to.

Although I’ve never needed much of an excuse for a day out at Prince’s, my mission on this occasion was to attend the official unveiling of the redesigned Himalayas course, which makes up nine of the 27 holes of top-class links golf on offer here. 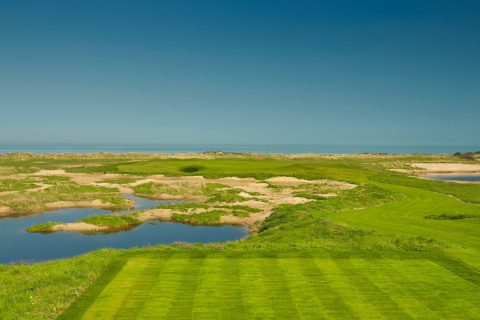 With the Shore/Dunes combination being the composite championship layout, the Himalayas nine, although popular with members because of its shorter yardage, has often been regarded, rightly or wrongly, as the third string: the nine you might play at the beginning or end of a 27-hole day ticket. But having had the chance to play the Himalayas off both the white and yellow tees, I can categorically say that it has immediately become my favourite nine of the three, and has set the new benchmark for links golf on the south coast.

Redesigned by course architect Martin Ebert of Mackenzie & Ebert Ltd – whose recent work includes the stunning re-imagining of Turnberry’s Ailsa course – the transformation of the Himalayas is nothing short of spectacular. 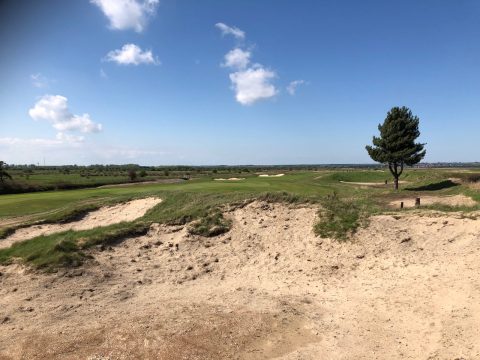 Vast waste bunkers are a new feature of the course

Officially opened on May 1, the new nine, which now plays to a par of 36, features two completely new holes – the par-three fifth, which plays between 120 and 160 yards from a raised tee over a waste area towards Pegwell Bay, and the par-five second, which combines the second and third holes of the old layout, and can be stretched to a whopping 615 yards.

The fifth, which has been named ‘Bloody Point’ in reference to the great naval battle that took place in Sandwich in AD851 on the land where Prince’s now sits, is the only hole on the nine that plays directly towards the English Channel, while the others play north-south, or south-north. 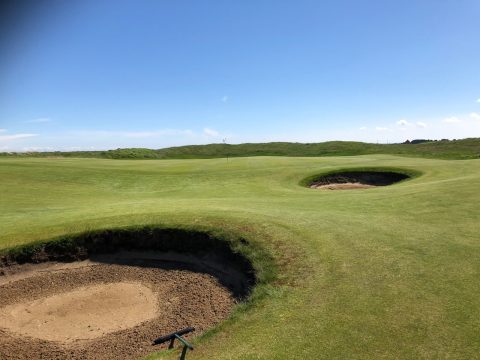 Pot bunkers guard the entrances to the greens

Elsewhere, there have been extensive changes made to the bunkering, which now combines two basic styles: natural and ragged edge when placed on the edge of fairways, and revetted pots when surrounded by tightly mowed grass and near greens. Both are visually impressive and really help to focus the mind off the tee and when playing into greens.

The designers have also introduced a series of exposed sand areas and extensive wetlands, both of which provide significant habitat for wildlife – indeed, Prince’s staff already report sightings of bird species previously unknown to the site – as well as enhancing the golfing challenge. The wetlands are perhaps most notable at the eighth, which has become a short, drivable par four, with water laid out either side of the fairway keeping you honest off the tee. At the moment, these areas are somewhat bare, creating the look of traditional parkland water hazards, following the recent heavy rains, but the architects are confident that, as the water table lowers, and the plant-life grows in, those areas will settle into the environment and play the natural part for which they were intended. 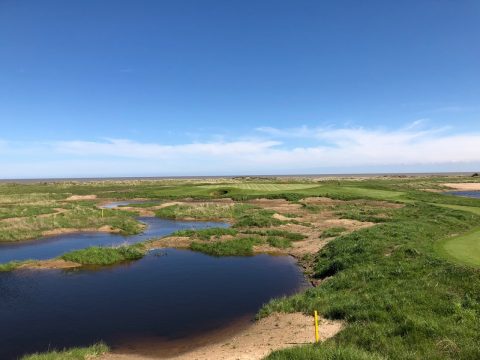 All in all, it’s like a breath of fresh seaside air has blown through the course, with smart new raised teeing areas offering superb views of the holes, while the greens and fairways are in superb condition, despite the appalling winter that all of the UK has suffered. With no blind holes to contend with, the trouble is all in front of you, hiding in plain sight. There’s more than a hint of the Ocean Course at Kiawah Island about the overall feel and look of the course, which can be no higher compliment given that is one of my all-time favourite tracks.

No-one is more proud of the finished product than Rob McGuirk, Prince’s general manager, who told Golf News: “We’re committed to continuous improvement at Prince’s, and this is certainly the most ambitious phase of development the club has seen for decades. We are thrilled with the new-look Himalayas nine, and would like to thank Mackenzie & Ebert for their hard work, skill and expertise in turning the vision into a reality.” 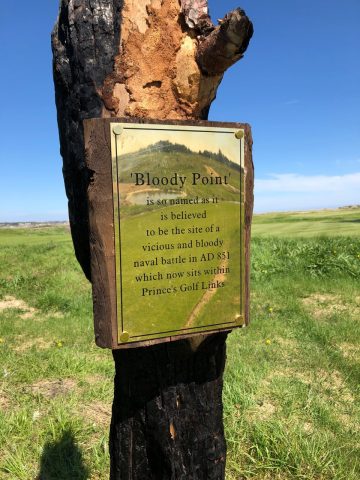 The lengths to which Ebert and his colleague, Mike Howard, have gone to ensure the design fits into Prince’s heritage are equally impressive. Before starting on the project, both men visited the links on numerous occasions to assess the land.They subsequently produced a report that analysed historic, pre-war and wartime RAF photography, and unveiled a variety of interesting features which helped to frame the narrative of the new nine and restore some of the traditional elements of the course.

To recognise the historical significance of the site, a replica Spitfire propeller has been installed by the third tee, paying tribute to the heroics of fighter pilot PB ‘Laddie’ Lucas. A former Walker Cup captain and son of one of the founders of Prince’s, Lucas made a forced landing on the site in July 1943, after his aircraft was badly damaged by enemy fire as he returned to RAF Manston from a mission over northern France. 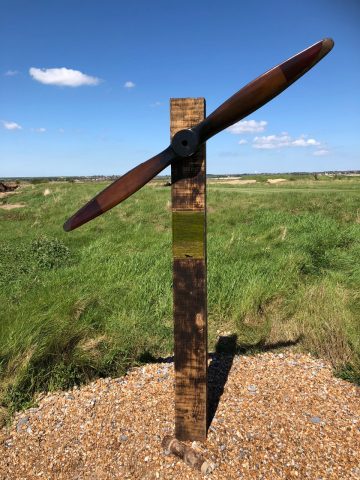 The club has already drawn up plans to renovate the Dunes and Shore nines, and, if the finished product is anywhere near as good as the Himalayas, then golfers are in for a real treat. In the meantime, I can’t urge you strongly enough to beat a path to Prince’s this summer and see for yourself. You will not be disappointed.