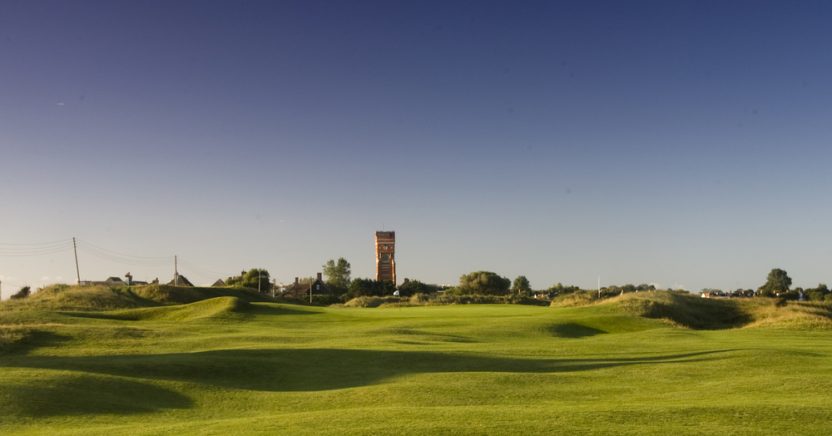 Nick Bayly makes the pilgrimage to Kent’s Golf Coast to visit Littlestone Golf Club, home of one of England’s most underrated championship links and a charming members’ club that is moving with the times

It’s fair to say that you don’t stumble on Littlestone Golf Club by chance. It’s just not the kind of place where you accidently happen to be driving past its unassuming entrance and exclaim, “Oh, I didn’t know this was here, I must get a game in some time.”

For a course that sits well inside the top 100 in most course rankings, Littlestone’s Championship layout could certainly be accused of hiding its lamp under a particularly well-hidden bushel compared to other more celebrated links in the region, but that’s the way they like it down here. Adopting the ‘build it, they will come’ mentality certainly worked for the club in 1888, when the course first opened. The high and mighty of late 19th century society wasted no time in beating the long and winding path to its door, with British Prime Ministers Herbert Asquith and Arthur Balfour both being members during the early 1900s – and also serving as captains.

While members of the political elite are somewhat thinner on the ground these days, the club currently enjoys a healthy membership in excess of 650, made up of the great and the good men, women and children of East Kent and environs, along with a fair smattering of country members who travel down from London and all corners of the south east to get their  links fix on the free-draining courses.

The welcoming nature of the club is reflected in its charming clubhouse, which has the look of a weather-beaten Victorian schoolhouse both outside and in, with history oozing from every pore of its white-washed walls. The upstairs bar provides a superb vantage point to watch golfers teeing off from the first, and enjoy a hearty home-cooked breakfast or lunch, while a spacious first floor patio allows weary golfers to soak up the rays as the sun dips into the English Channel, whose choppy waters lie just beyond the boundaries of the course.

Next to the clubhouse is a stylish new pro shop, which opened in September, where Head PGA Professional James Cunliffe and his team enjoy the luxury  offered by the new building from which they can sell their services and a wide range of equipment and accessories.

The Championship Course, which hosts Final Qualifying whenever The Open comes to St George’s, has recently been selected by the R&A to stage the Junior Open in 2020, an accolade which can only serve to enhance its reputation as a high-profile tournament venue that stretches all the way back to 1894, when it held the first British Ladies Amateur Championship.

In many ways, it’s easy to see why the R&A has chosen Littlestone to host the Junior Open, as the par-71 layout serves as a superb introduction to the joys of links golf. With its largely flat landscape and an absence of towering dunes precluding too many blind shots, coupled with fairly generous fairways, it’s not the ‘steroid’ links experience on offer at Royal St George’s. And while playing off the 6,600-yard tips in a howling wind will test the very best, the forward tees on a calm, sunny day will give young golfers, and those new to the idiosyncrasies of links golf, a chance to revel in the glories of the bump-and-run approach, the joy of hitting a crisp iron off a tight lie, and the pleasure to be had from putting on superbly even-paced greens. 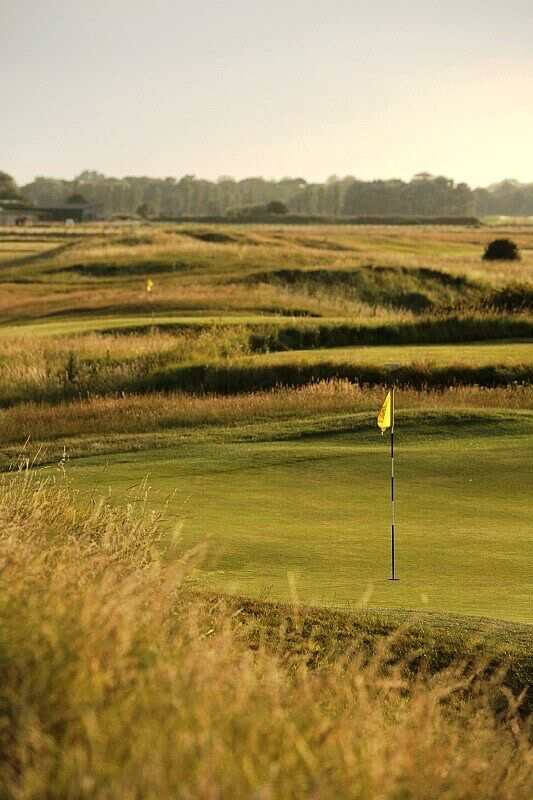 All those familiar with Littlestone will know that you need to make your score on the front nine, as the second half presents the tougher holes and generally plays into the prevailing wind. After teeing off in the shadow of the clubhouse to a
straightforward 300-yard par four, the course quickly gets into its stride at the second, a much more challenging two-shotter where the drive must avoid three bunkers to leave a mid-iron to a green whose entrance is guarded by two huge mounds with a gap no more than ten yards wide in between to reach the green.

Moving on, the par-three sixth, at 158 yards, is the shortest of the four testing short holes, but trouble lurks everywhere. The green is raised and very hard to hold, especially if the pin is tucked behind a huge bunker protecting the left hand side of the green – and, if you miss the putting surface left and run down the steep bank, an up-and-down is nigh on impossible.

Length is the key at the next hole, the 507-yard seventh, arguably the best of the three par fives on the card. Drives are hit from an exposed tee to a fairway that turns slightly left at the 200-yard mark. Anything hit too straight will find lengthy rough, while anything left will find sand or a series of grassy mounds. After a good tee shot, you are faced with the option to take on a ditch that dissects the fairway some 130 yards short of the green. Approaches should ideally be worked in from right to left, using the contours, but must be perfectly executed to find an undulating green.

After a run of testing par fours after the turn, Littlestone’s layout really shows its teeth just when the safety of the clubhouse is beckoning. The 16th is a 464-yard beast of a par four that plays directly uphill and into the wind. The hole doglegs to the left at 250 yards, and unless you get around the corner, the green is out of reach. Sitting some 50 yards above the fairway, the green is one of the smallest targets on the course. If you walk off the green with a par on your card, take a bow.

However, the smile will soon be wiped off your face when you stand on the elevated tee at the par-three 17th and look at the green some 180 yards into the distance. Anything hit less than perfectly will find trouble, most likely in the two front bunkers, while the green itself slopes heavily from back to front and is protected on all sides by thick rough.

The finishing hole is a suitably demanding, yet fair, par five, where drives are hit from an elevated tee to a fairway that turns gently from right to left. Numerous fairway bunkers litter the landing and lay up areas, but you should have no more than a wedge for your third if you hit two solid shots. The green, though, slopes significantly from back to front, and is protected by two pot bunkers and numerous run-offs.

All in all, it’s a challenging and engaging 18 holes, with precision being just as important as power in order to put a decent score together. The course record of 64, achieved by Paul Wesselingh during Open Qualifying in 2003, will take some beating, but it’s not a course that will punish you unnecessarily. Blessed with its own microclimate, conditions are almost always dry, making for a great winter venue, while summer conditions, with fast-running fairways, will flatter your drives, and some. The course is always presented in superb nick throughout out the year by the greenkeeping team, which is headed up by Malcolm Grand, who will sadly hanging up his boots after the Junior Open after 40 years in the job.

With full membership starting from just £1,500, Littlestone represents excellent value for those that want to make the club their home, while for those that want to use it as a second club, Associate membership is a steal at £600, offering 20 rounds of golf at any time of the year. For keen winter golfers, the club also offers a Fairway membership for £725, which offers unlimited golf between November and February and 15 rounds during the remainder of the year. The club also boasts an active junior membership, which costs just £100 a year, while those aged between 18-24 pay only £299.

With online tee bookings ensuring no hanging around during busy periods, and two-balls able to whizz round in a little over three hours, Littlestone is a great little club for those that simply want to turn up and play in this time-pressured age. With a £50 green fee – £90 during the summer – it also represents great value for the visiting golfer, while winter society packages start from just £55 for 18 holes and a one-course meal.

GOLF NEWS READER OFFER
Book a two-ball before February 28 and enjoy a free Full English Breakfast with your green fee for just £45pp. Bookings, for mid-week rounds only, can be made online at www.littlestonegolfclub.org.uk/visitorbooking, quoting ‘Golf News’, or by calling 01797 363355.