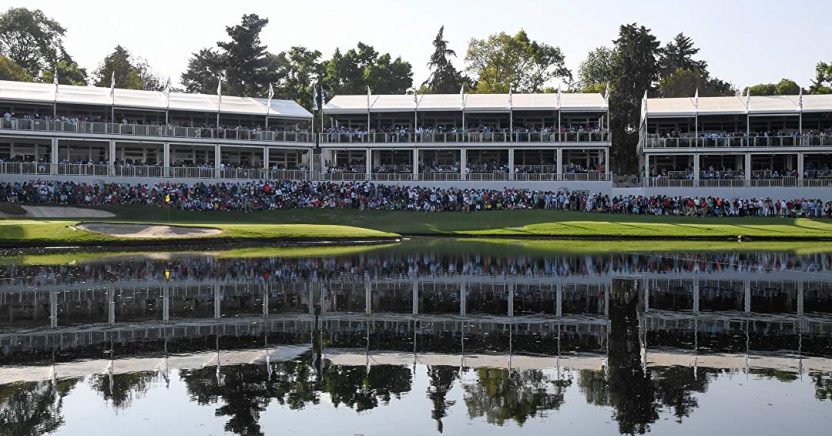 The WGC is heading to Mexico this month, bringing with it a bevy of the best players in the world, a hefty $10.5 million dollar prize purse and the promise of plenty of exciting action out on the course.

We have put together a quick breakdown of the main aspects of the tournament, as well as the odds that are being offered by bookmakers at the moment. Casumo is a reputable UK company for sports betting, so if you do decide to place a wager on the outcome of the championship, it is a good place to start.

All about the tournament

This year will see the WGC-Mexico Championship return for only the fourth time since it first took place back in 2017.

The format this year will be the same as in the past, with participants competing over 72 holes using the stroke play system to mark their progress.

The course itself is the wonderful Club de Golf Chapultepec, which sits almost 2.4 kilometres above sea level. This not only gives visitors great views of the surrounding Mexican landscapes, but also means that the air is a lot thinner than you would expect, which has a direct impact on the way balls move through it. With less friction created, they can travel further than usual, which is both an opportunity and a challenge for the professional golfers to deal with.

Other features of the course which could come into play include the predominance of tree-lined holes dotted about its expanse. The trees which tower over the fairway and can prove to be an obstacle for players, particularly during tee shots.

A lot of undulation in the landscape is a further hurdle to handle, meaning that the angle of putting will need to be meticulously judged to avoid mishaps.

A multitude of world class golfers will be making an appearance at the WGC-Mexico Championship this year, with big names such as Tiger Woods and Rory McIlroy already on the roster.

Every player in the top 50 of the Official World Golf Rankings qualifies for a place, alongside the top 30 to participate in the PGA Tour, the top 20 from the Race to Dubai and finally the winner and runner-up from each of the tours of Asia, Japan, Australia and Africa. In addition, Mexico will also send its highest-ranked player to the championships this year.

It really will be a who’s who of the golfing elite, with roughly 70 players anticipated to have qualified by the time it kicks off on the 19thof February.

So far the bookmakers have kept their cards relatively close to their chests in terms of offering specific odds on the likelihood of leading players achieving victory at the 2020 WGC-Mexico Championship. However, looking at how things stand in the rankings at the moment, as well as at who has triumphed in the past, can help out here.

Dustin Johnson, who has won 2 out of the past 3 tournaments on this course, is currently sitting at 5thin the overall rankings. Going into last year’s event he was given odds of 10-1 to win, so anyone who backed him then would have been happy with their choice.

Rory McIlroy will certainly be a hotly tipped player once again this year and had odds of 11-1 to win in 2019. He was the runner-up at Club de Golf Chapultepec then and will no doubt be hoping to take his first win at the event this year.

It would be foolish to write off Tiger Woods, who won many titles at this tournament’s previous incarnations before it made the move to Mexico, although his current 6thplace ranking might lead some to expect that the winner on the day will be a younger man.

Other potential contenders who will no doubt have much longer odds attached to them are Ireland’s Shane Lowry along with England’s Tyrrell Hatton and Danny Willett. All of these players have qualified for the WGC-Mexico Championship and will be hoping to confound expectations when they tee off in under 2 weeks.