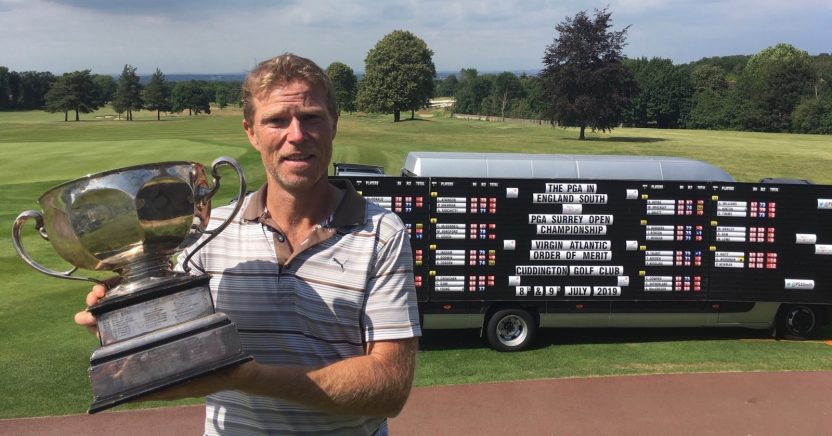 Starting the final round a shot behind playing partner Paul Newman from East Berkshire, Woodman opened up in spectacular style with two eagles against Newman’s par, eagle start. But with both players out in 32, Woodman still remained one stroke behind. But birdies at the 11, 12 and 15 pulled him ahead by one after 35 holes, after Newman’s three birdies and two bogeys, and after a drive and a wedge to the 18th green to four feet, Woodman holed out for a dramatic two-shot victory.

In the process, the Berkshire professional shot a record-equalling eight-under-par 63 to post a 14-under-par total and take home the historic trophy and the £2,000 winner’s cheque.

“I couldn’t be happier!” said a delighted Woodman. “Cuddington was in terrific condition, and The PGA in England (South) and home PGA Pro Paul Schunter ensured another great tournament for us all. And after my previous attempts here, it’s great to shoot a 63 and come out on top.”

The next Virgin Atlantic PGA South Order of Merit tournament is the PGA Kent Open Championship at Prince’s Golf Club from August 19-20.