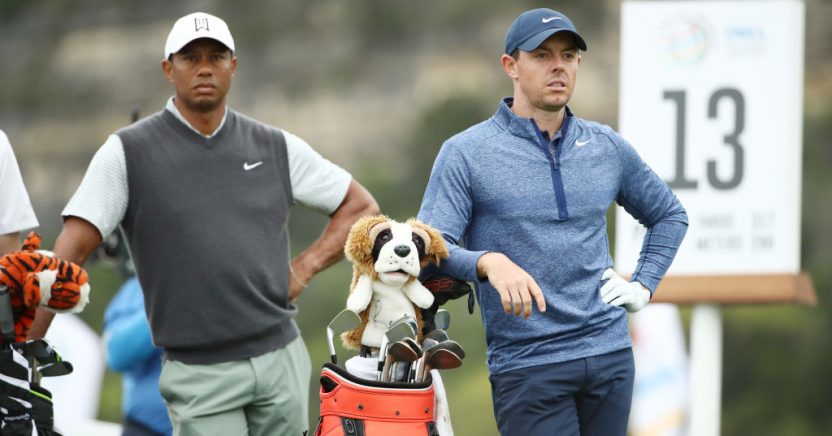 It has been a difficult year for golf fans around the world, as the sporting calendar has been decimated. However, fortunately, three of this year’s majors will be going ahead as planned, with the US Masters now taking place seven months later in November.

The outright favourite for the event will be the current world number one. Rory McIlroy hasn’t won a major for six years, with his last success coming at the 2014 PGA Championship. The Masters remains the only major that the Northern Irishman hasn’t won, but he has been in dazzling form so far this season. He ended last year by winning the FedEx Cup, and McIlroy was also named the PGA Tour Player of the Year. Golfing fans were seen a glimpse of McIlroy in the first televised golf event since the PGA Championship as he and Dustin Johnson won a charity game in May.

Jon Rahm will also be among the front-runners for the Masters, and he is currently at a career-best ranking of second in the world. Rahm hasn’t yet left his mark on one of the majors, but his best performance came in this event back in 2018, as he finished in fourth. Throughout his career, he has won six European Tour events and three PGA Tour events. Last year he showed some of the best golf of his career as he was crowned Race to Dubai Champion and was also named as the European Tour Golfer of the Year.

The third favourite in the betting is last year’s winner. Tiger Woods shocked the world to win the 2019 event, in what was called one of the greatest sporting comebacks of all-time. The atmosphere at Augusta on that afternoon was unlike anything the golfing world had ever seen. The victory meant a first major win for Woods since 2008 and saw him win his 15th major. At the end of 2019, he won the Zozo Championship to tie the record set by Sam Snead for the most victories on the PGA Tour. Woods would be a popular selection among gamblers, with a second consecutive victory likely to eclipse his feat from last year

The biggest market mover over the past couple of months has been Brooks Koepka. The former world number one was the second favourite at the beginning of the year, but his odds have tumbled with the bookmakers. His major form has been solid over the past three years, as he has won the PGA Championship and the US Open on two separate occasions.  The American will certainly be among the leading players in the major, but whether he can win a first Masters remains to be seen