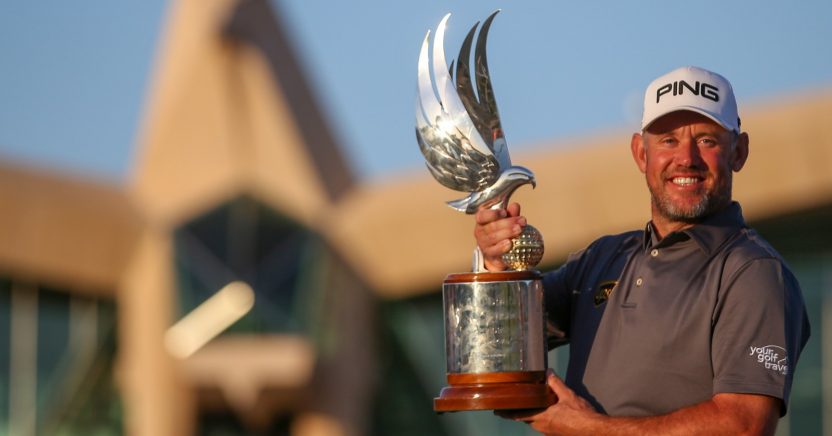 Reigning Race to Dubai champion Lee Westwood begins 2021 with the defence of his Abu Dhabi HSBC Championship title this week, and the 47-year-old feels as ready as ever for the challenge ahead in the opening Rolex Series event of the season.

The Englishman kicked off his historic 2020 campaign with the second Rolex Series victory of his career, courtesy of a two-stroke triumph over Matt Fitzpatrick, Tommy Fleetwood and Victor Perez at Abu Dhabi Golf Club. That win helped propel Westwood to history, kick-starting a remarkable season which culminated in him becoming the oldest player to be crowned European Tour No.1, at the conclusion of the Race to Dubai almost exactly one month ago. Unsurprisingly, the ten-time Ryder Cup player is brimming with confidence on his return to the Middle East.

“It’s always good coming back to a tournament and a venue where you’ve won before,” said Westwood, who turns 48 in April. “You have that little bit of confidence. I played the back nine today. I was walking up on to that 18th green and the last time I was there was when I was winning the tournament last year. It’s always a confidence booster when you come back to somewhere where you’ve won, you’re familiar with and feel like you can score well. Other than the win last year, I’ve had some good performances here. It’s a golf course that sets up well for me. I feel good. I came out early to the Middle East to do some pre-season, as I can’t do anything at home at the moment because the golf courses are closed, and the weather is no good.”

He added: “My game feels in good shape, although I don’t feel like I’ve had much of an off-season. The year finished so late last year and we’ve started early this year. I’m driving the ball well and the putting feels good, and I’m raring to go. I wish it was Thursday!”

To check out the latest betting odds for the Abu Dhabi HSBC Championship, click here.