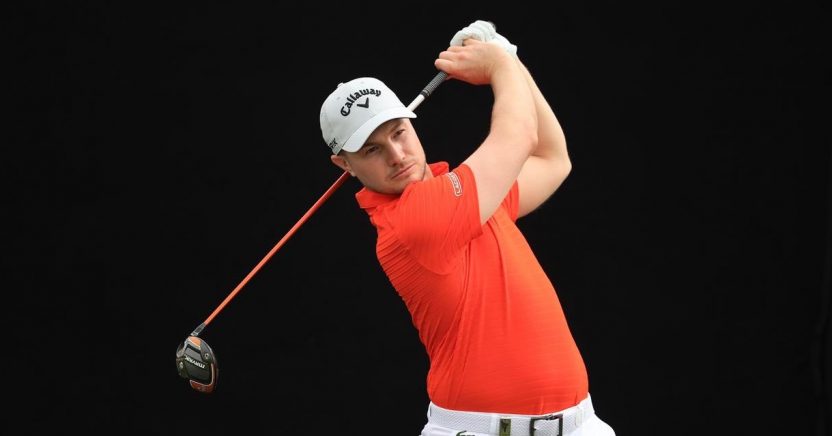 More than 80 PGA Professionals, plus European Tour star Oliver Fisher, will kickstart the PGA’s golfing season next month in a fundraising tournament for the NHS to be held at West Essex Golf Club in Chingford.

Fisher will take on leading pros from the PGA’s East and South regions in the NHS London Open 2020 on June 25 in what will be the PGA’s first tournament since golf courses reopened following the Covid-19 lockdown.

Fisher, 32, who learned the game at West Essex, made golfing history in 2018 when he became the first player on the European Tour to break 60 by carding a round of 59 at the Portugal Masters. But he will be looking to help raise a minimum of £20,000 for the NHS rather than break records when he returns to his former stamping ground.

Jason Levermore, who won the London Open at West Essex in 2018, will be among the many pros from the PGA East and South region helping to raise funds next month

“I hope that we can all come together and push to raise funds at the NHS London Open 2020,” said Fisher. “The difficulty we’ve all witnessed and what so many are enduring over the last several weeks has been so hard for everyone involved.  To support and be a part of such a great cause and an amazing tournament is a wonderful privilege.”

The tournament is an annual event organised by the two PGA regions and Chris Baron, the head professional at West Essex, said: “This will be the first event back since the lockdown and we all wish to play our part.  We’ve all been affected in so many ways, but we must come together for the greater cause- to remember those who have suffered and to support the real superheroes, the NHS staff and frontline workers.

He added: “It’s the first step back and with key restrictions in place, it will be the first PGA tournament of the 2020 season since the lockdown in March. The tournament will no doubt be played in a different way – scoring will be online, there will be new rules for bunker play, flagsticks are not to be touched and social distancing must be adhered to at all times. Golf has begun again at West Essex, and across England, but with a difference. There are key safety measures in place, and it’s proving to be a huge success.

“Our golfing community would like to thank all the professionals, volunteers, golf managers, the governing bodies, The PGA, The R&A, England Golf and the government in general for the amazing work they have done to get the game moving again.”

In keeping with the strict adherence to social distancing and safety-first changes to the game’s rules and conditions, a key part of the fundraising will be conducted via an online auction.

“Each player will be asked to donate a fourball or memorabilia from their respective clubs so we can auction them online to raise money for the NHS charity,” said Gordon Campbell, PGA East regional manager.

To make a donation, visit www.justgiving.com/fundraising/nhs-london-open-2020