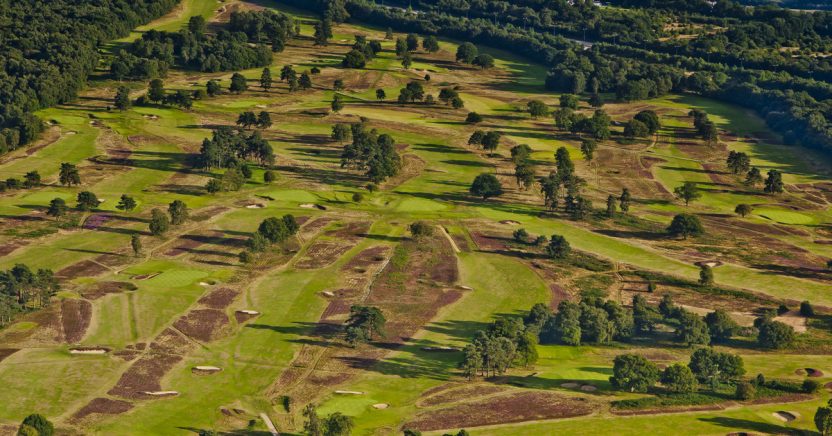 Cheshire’s Rhys Nevin is aiming to finish his amateur career on a high note after taking a handsome three shot lead into the third round of the Walton Heath Trophy on Thursday.

The 23-year-old, who recently completed a five-year spell at university in Tennessee, heads the list of qualifiers for the final 36 holes over the New and Old Courses after tagging a 68 to his opening 67 for a halfway total of 135.

Nevin, from Sandiway Golf Club near Northwich, said: “I am hoping for more of the same in the last two rounds which would set me up nicely for the English Amateur Championship at Moortown next week. After that, the plan is to turn pro, although nothing is set in stone at the moment.”

Nevin, whose nine under par total provides a solid cushion going into the final day of the sun-drenched Walton Heath Trophy, is an enthusiastic support of the event, which has been played since 2005.

He said: “I love everything about this championship. It’s really well organised and both courses are outstanding which probably explains why I’ve done pretty well in the two or three time I’ve played in it. I also like the fact that the Members come out and support us.”

Three years ago, Nevin was also part of the final group in the third and fourth rounds after scores of 68, 70 and 71 but closed with an 82 as his partner, Tom Thurloway, went on to capture the impressive Michael Lunt Salver.

A graduate in politics and sociology from five years at Tennessee, which he represented as an All-American on the golf team, Nevin had halves of 33 and 35 in his 68 over the Old. The key to his score – as it was on Tuesday over the New – was his ability to handle the par fives.

“I birdied all four of the par fives today and did the same on the New Course yesterday,” he explained. “That takes a lot of pressure off the rest of your game when you can two-putt for birdie as I did at the 13th, 14th and 16th.”

Sharing second place going into the last day are Matt Gauntlett from West Herts and Wakefield’s Don Bradbury on 138, six under par. Gauntlett’s 71 contained four birdies, but the card was tarnished somewhat by closing bogeys at the 17th and 18th.

Bradbury, by contrast, finished strongly by picking up shots on the 13th, 16th and 18th in his 68, jointly with Nevin the best round over the challenging Old Course.

Lying in a tie for fourth spot are a quartet of players, including current Walker Cup player Jack Dyer from Boyce Hill in Essex alongside Alfie Forisky of Maidenhead, Rotherham’s George Mason and Aaron Edwards-Hill (Chelmsford) on 139.

Of the Walton Heath contingent, 22-year-old Harvey Byers comfortably made the halfway cut on 142, two under par, despite a second round 74 to add to his opening 68. Harvey’s round was derailed by a triple bogey seven at the fifth hole but he registered a couple of birdies on the homeward journey and settled for a two over par score for the day.

Club Champion Mark Justice recovered his poise after an opening 76 over the New Course. Mark registered four birdies and three bogeys in an excellent sub-par round of 71 for a total of 147.