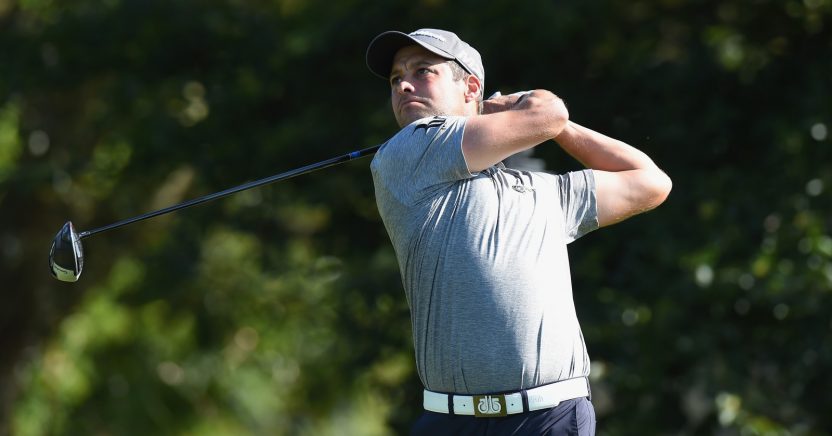 Canterbury’s Richard Wallis won the PGA Sandwich Links Championship Pro-Am after shooting an eight-under-par total of 134 to bag the £1,000 top prize by one stroke from James Ablett.

Supported by Callaway and Shepherd Neame, the PGA Links Championship attracted 19 teams down to savour the Open links courses at Royal St George’s and Prince’s, and two nights accommodation in The Lodge at Prince’s.

Reflecting on his victory, Wallis said: “Weather-wise conditions were dry, pretty breezy, but overcast on both days. The courses were in great condition and with both clubs looking after us so well, we couldn’t have asked for things to be any better.”

He added: “I was pleased with the 68 at Royal St George’s on day one, but on day two at Prince’s with four holes to go I thought I was out of the running. Then I nearly holed my shot to the fifth, I did hole my gap wedge to the sixth, and made driver and three iron to 15 feet for another eagle, which changed things completely. The birdie down the last hole with a 20-foot putt to beat James by a stroke completed what I felt was a pretty epic back nine!”

Playing the first round at Royal St. George’s and then Prince’s on the following day, the five-time winner of the Virgin Atlantic PGA South Order of Merit pipped Ablett by a stroke. Ablett’s total of 135 was six shots ahead of third-placed Tom Jordan from Langley Park.

Wallis matched Ablett’s opening 68 around Royal St. George’s, but the fireworks really started on the back nine at Prince’s. Starting on the 10th, Ablett went out in one-under and made pars until he made four terrific birdies on the trot in his last five holes for his 67.

Starting at the first, Wallis struggled to get into gear with three birdies each followed by bogeys to reach the turn in par. A birdie on the 11th left him needing something close to a miracle to catch Ablett, but with two eagles in succession on the par four 15th and par five 16th, suddenly a miracle looked very possible.

In true Wallis style, he made the required birdie down the 18th with a 20-foot putt to edge Ablett and grab spoils. Ablett fared better in the team event, leading his KRL team to a one-stroke victory over Justen Fiddler’s team of Royal St George’s members, for their share in the impressive prize table laid on by Callaway and Shepherd Neame.