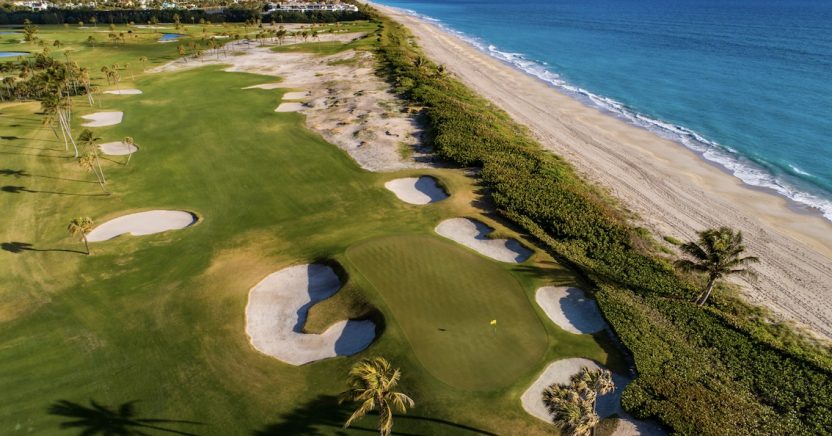 The United States will take a 7-5 lead over Great Britain & Ireland into the final day of the 48th Walker Cup after the opening set of matches at Seminole Golf Club in Florida.

Angus Flanagan and Jake Bolton won a second point in another tight match, while Power, Matty Lamb and Barclay Brown recorded singles wins in the afternoon.

GB&I have won just twice on American soil since 1922, and all 10 members of the American teams are ranked inside the top 30 amateurs in the world, while the visitors have just two.

Players from both teams were struck down by a stomach bug on the eve of the contest, but Covid was quickly ruled out given all the testing that has taken place.

All four matches in the foursomes went to the 18th hole.Power and Murphy were three down after 12 but won the next three holes to level their match with Quade Cummins and Austin Eckroat. They then won the par-three 17th to take the lead for the first time in the match and halved the last to claim the point.

Flanagan and Bolton were two up with four to play but lost the 15th and 16th holes. However, Bolton holed a stunning par putt to win the 17th and they too halved the last.

In the first match out, Alex Fitzpatrick and Barclay Brown won three consecutive holes from the 14th to level their match with Cole Hammer and Davis Thompson but Hammer holed a 20-foot birdie putt at the last to win 1UP.

Jack Dyer and Matty Lamb lost three of the last five holes as they were beaten 2UP by Mac Meissner and Ricky Castillo.

There were eight singles matches in the afternoon session. Fitzpatrick, younger brother of English professional Matt, lost the final two holes of his match with Pierceson Coody, while Hammer saw off Murphy 3&1 and Castillo cruised to a 5&3 win against Ben Schmidt.

William Mouw defeated Ben Jones 4&3 and Eckroat won two of the last three holes to squeeze past Flanagan. But Power was never behind in his match and he closed out a 3&2 win on the 16th. Lamb was similarly dominant in his 2&1 victory. Brown won by the same margin, although his match with John Pak was not as straightforward. Pak won three holes from the 11th to tie the match but Brown took the next two before closing out the win with a par on the 17th.

Sunday sees another round of foursomes, with 10 singles matches to follow. As defending champions, the US need 13 points to retain the trophy, while GB&I need 13½ to regain it.