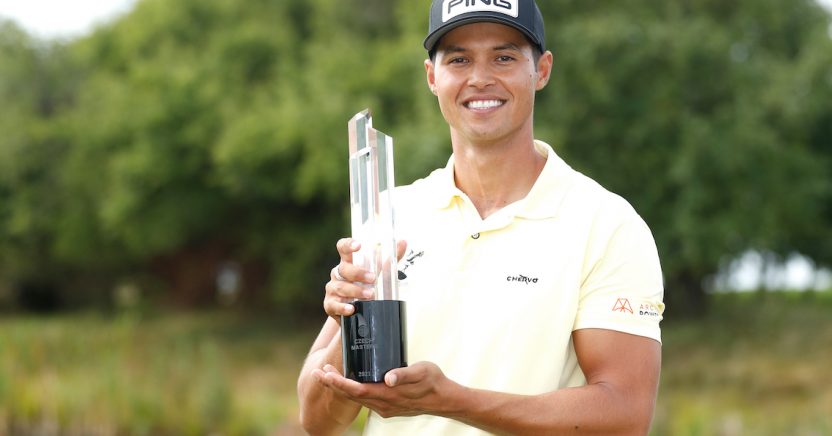 Johannes Veerman carded a final round 68 to claim his maiden European Tour at the D+D REAL Czech Masters.

The 29-year-old American started the final round at Albatross Golf Resort two strokes behind 54-hole leader Tapio Pulkkanen, who was also seeking a first European Tour victory.
He moved into the lead for the first time thanks to consecutive birdies on the 9th and 10th, but was quickly caught at the top of the leaderboard by Sean Crocker and Henrik Stenson who also staked their claims for the title before falling away on the home straight.

Pulkannen recovered from bogeys at the 8th and 10th with three birdies on the back nine, but another dropped shot on the 17th saw him share the lead with Veerman on the 18th tee on 15 under.

Veerman found the fairway with his drive, but Pulkkanen pushed his tee shot into the thick rough and his second shot found the water, putting paid to the Finn’s title tilt. Veerman made the green in two and two-putted for par and his first European Tour victory.

Crocker and Pulkkanen shared second on 13 under, while 2016 Czech Masters winner Paul Peterson and Stenson finished joint fourth one stroke further back.

Veerman said: “It feels amazing. When I walked off the 18th green I felt relief, more than anything. Being neck-and-neck with Henrik, and Tapio, and Sean Crocker and a whole bunch of guys. To come out on top. I’m elated.

He added: “Getting through Q-School was relief, as you’re playing for playing rights, but to finally break out and win on the European Tour, it’s a dream come true. It’s something you practice for when you’re a kid, imagining making that putt to win a tournament. My putt was only a foot, so I wasn’t so nervous over it, but it’s an amazing feeling to have got it done.