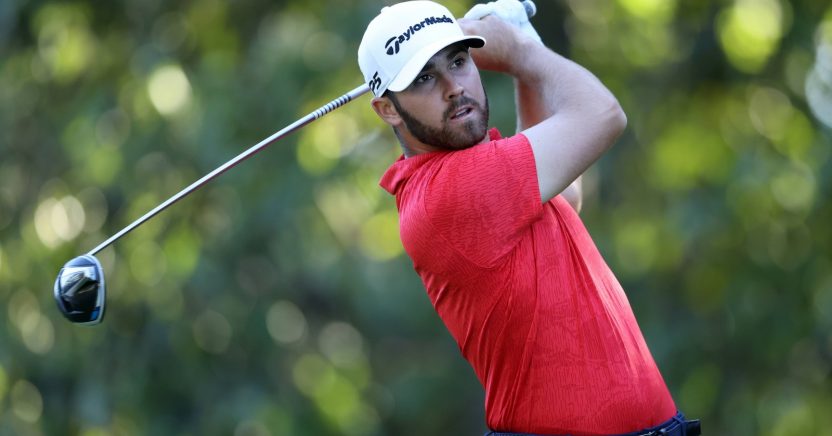 Matthew Wolff takes a two-shot lead into the final round of the 120th US Open as he seeks to become the first debutant to win the title in 107 years.

Starting the third round on level par, the 21-year-old American fired six birdies in a scintillating five-under 65 to move two shots clear of the field at Winged Foot in New York.

Wolff, playing in only his second major after qualifying for the tournament by tying for fourth at last month’s US PGA Championship, holed five birdies as he played the first nine holes in 30 shots. The world no.36, who has one win on the PGA Tour, only hit two of 14 fairways, but scrambled well and made just one bogey, after finding the trees on the 16th with one of many wayward tee shots but recovered to birdie the last. “I got pretty fortunate with my lies in the rough,” he said. “I stuck with my game. It was a grind out there, but hopefully I can hit a few more fairways on Sunday.”

The chasing pack is led by Bryson DeChambeau who shot a level-par 70, with Louis Oosthuizen a further two shots back at one under. Rory McIlroy moved himself into some sort of contention after a 68 saw him move into seventh place on one over. The world number four, who finished a couple of hours before Wolff, said he felt he would have a chance on the final day if he could stay within six of the lead.

“The key for me was just to play the first five holes well. I saw from a few of the guys early on those holes were playing really tough,” said McIlroy, after a round containing three birdies and one bogey. “I knew that middle section of the round you could maybe make a couple of birdies and then you sort of have to hang on coming in. I executed the game plan really well, knocked a couple in when I could. It was a really good round of golf.”

Only three players enter the final day under par, though Japan’s Hideki Matsuyama and American Xander Schauffele both briefly made charges on Saturday. Matsuyama is trying to become his country’s first major winner and he climbed to three under, only to bogey 15 and then double bogey 17 to remain level for the championship. He will head out in the penultimate group on Sunday alongside South Africa’s Oosthuizen, who tied for second in this tournament in 2015. The former Open champion is four off the pace after a third-round 68 that included four birdies and two bogeys.

Schauffele, meanwhile, rolled in for eagle at the par-five ninth to move to two under before three bogeys after the turn, though he finished with a birdie to also sit level.

Second round leader Patrick Reed started with a one-stroke lead and stretched that advantage to three with a birdie at the second, but Wolff’s flying start meant that by the time he walked off the third green with a bogey his lead had been wiped out. Reed was one under for the round as he hit the turn, but he fell dramatically away with six dropped shots in six holes on the back nine, including a double bogey at 11 after fluffing a chip. The 2018 Masters champion finished with two bogeys to sign for a 77 that leaves him three over par and eight shots off the lead.

Paul Casey was one of only seven players to shoot under par, with a one-under 69 taking him to five over, a total matched by Lee Westwood and Dustin Johnson. Casey slumped to 11 over after five bogeys in his first seven holes, but birdied the ninth and holed five more on the back nine. “In all honesty, I wanted to walk in after the first seven holes,” said the 43-year-old. “I was just trying not to shoot 80 after that front nine. I’m glad I finally got one over Winged Foot. It takes its pound of flesh every single time you seem to play this course, so I feel like I got an ounce or two of my own flesh back.”