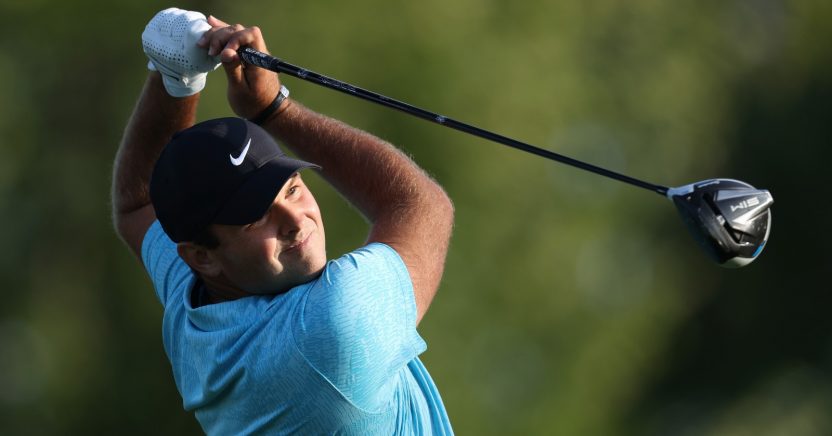 US OPEN: REED HITS THE FRONT AS WINGED FOOT SHOWS IT TEETH
News

Patrick Reed holds a one-shot lead heading into the weekend at the US Open after Winged Foot bared its teeth as the wind picked up at the New York venue.

The course played remarkably tougher on Friday, yielding a scoring average of 75.25, up 2.69 strokes from Thursday – the widest difference between rounds 1 and 2 in US Open history. The latter half of the draw had it especially difficult, as the afternoon played 1.29 strokes more difficult than the morning.

Reed made five bogeys during his level-par 70, but despite finding just five fairways the former Masters champions was continuously able to claw shots back and a birdie at the ninth, his 18th, edged the world number 10 into the lead.

“Thursday was soft, benign, and the pins were more accessible,” said Reed, “It’s almost like they set it up to ease us in and then they showed us what it was really going to be like. You had to shoot a low one on Thursday because you knew Friday was going to be brutal.”

Bryson DeChambeau eagled his final hole for a 68 to set the target at three under par early on and then watched as many of his challengers crumbled. Overnight leader Justin Thomas fell back with a three-over 73, while Rory McIlroy is seven adrift after a 76. Thomas started the second round on five under but had four bogeys and a double bogey before a couple of birdies in his closing holes lifted him to two under, a total matched with Spain’s Rafa Cabrera Bello and Ameica’s Harris English.

Thomas Pieters, who started the second round on four under, moved into the lead at six under with two birdies on the front nine, but unravelled after the turn as six bogeys saw him fall back to level par, four shots off the lead.

Lee Westwood also failed to build on an opening 67, beginning his second round with back-to-back bogeys and adding another at the sixth. A birdie on the par-five ninth offered the 47-year-old some relief, but he dropped four shots in his final three holes for a six-over 76 that leaves him three over par and seven back.

Matt Wallace is two further back at five over, alongside Scotland’s Robert MacIntyre on his US Open debut. Tommy Fleetwood struggled to find any momentum as five birdies were wiped out by nine dropped shots, including a double bogey at the second to finish eight over and miss the cut, which came at six over par.

Justin Rose also missed out on 10 over, while Gary Woodland’s US Open defence came to an end with a second round of 74. Tiger Woods also made an early exit after finishing 10 over for 36 holes. “It’s frustrating that I’m not going to be here for the weekend,” Woods said. “It feels like the way the golf course is changing, anybody who makes the cut has the opportunity to win this championship.”

The third round gets under way at 1.55pm in the UK, with Troy Merritt and Robert MacIntyre in the opening two ball. The final pairing, Bryson DeChambeau and Patrick Reed, tee off at 7.25pm. All the action is live on Sky Sports.