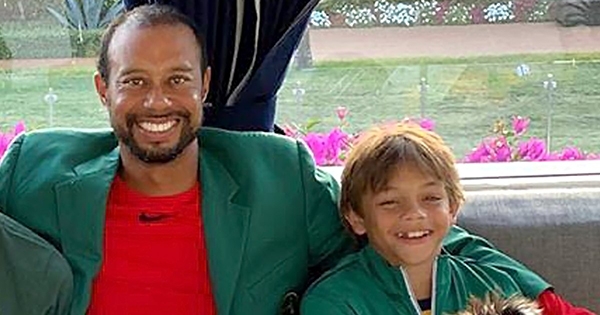 Tiger Woods is to make his competitive debut playing alongside his 11-year-old son Charlie when the pair compete in the 2020 PNC Championship, which is taking place at The Ritz-Carlton Golf Club in Florida from December 17-20.

Woods is making his debut alongside his son in this unique PGA Tour event, formerly known as the Father/Son Challenge, where 20 Major winners compete as a team alongside a family member.

Founded in 1995, the tournament  has featured a multitude of family combinations over the years, including father/son, father/daughter, father/grandson, and son/father. To qualify for the PNC Championship, players must have won a major championship or The Players Championship. Their partner must not hold a PGA Tour card.

Woods, 42, commented, “I can’t tell you how excited I am to be playing with Charlie in our first official tournament together. It’s been great watching him progress as a junior golfer and it will be incredible playing as a team together in the PNC Championship.”

Charlie is already making a name for himself on the junior circuit in Florida, having won a nine-hole tournament by five shots last month after shooting a three-under-par 33.

IMG’s Alastair Johnston, the executive chairman of the tournament, said: “Having Tiger and his son in the field for the first time is a very special moment for the PNC Championship. Back in 1997, Tiger and I were next door neighbours at Isleworth. After his momentous victory at the Masters that year, when he returned home, I offered him my congratulations. However, I did not reference his amazing performance at Augusta, but advised him that as a newly-crowned major champion, he had now qualified to participate in the Father/Son Challenge! He was somewhat bemused at the time, but 23 years later, we will welcome him knowing very well that he will not be driven by nostalgia but will be on a mission to add to his commendable list of titles, but this time having the chance to share one with his son.”

The match format is 36-hole scramble over two days, with players competing for a $1m prize fund and the Willie Park Trophy. Last year’s tournament was won by Bernhard Langer and his son, Jason.

Although this year’s tournament will take place without spectators due to COVID-19 related restrictions, fans will still be able to watch the action on NBC and the GOLF Channel, as well view updates on social media. No details on coverage in the UK has been released.

For more information on the tournament, visit pncchampionship.com.