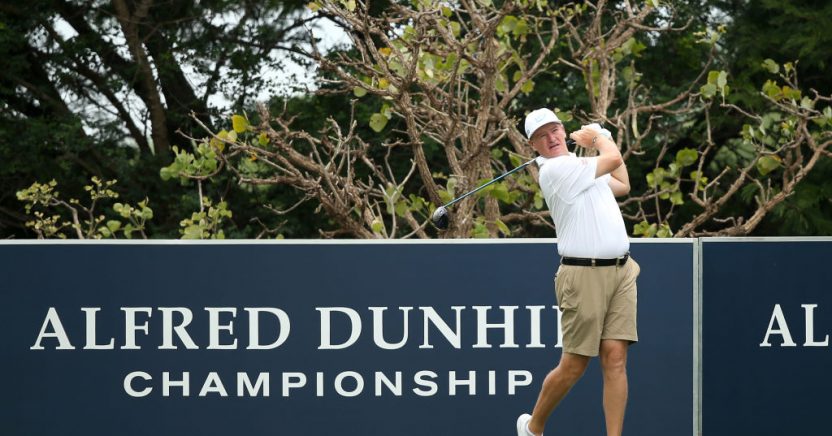 Players at this week’s Alfred Dunhill Championship are being allowed to wear shorts for the first time in a European Tour event due to the high temperatures expected at the 2020 season-opening event being held at at Leopard Creek Country Club in South Africa.

Competitors will have to contend with temperatures of 38 degrees (100f) on Saturday before the temperature drops to 31 for the final round on Sunday. While female tour players are allowed to wear shorts in competition, men have always been banned from wearing them except during practice rounds and pro-ams,

Four-time major winner Ernie Els welcomed the decision, which was reached after talks between the players, European Tour officials and the host club. He said: “It is very nice when common sense comes into play. It is going to get close to 40 degrees here and it is the right thing to do. It has been talked about for so long on all of the tours around the world. Johann Rupert [owner of Leopard Creek] has always been a forward-thinking man and I think this could be a game-changer for golf that could enhance the product.”

Selwyn Nathan, commissioner of the South African Sunshine Tour, which organises the tournament with the European Tour, also hailed the decision to permit shorts. “We are very grateful to the European Tour for supporting this decision, and we are excited about it,” he said. “The game has moved on, golf fashion has moved on, and even the weather here in Africa has changed. We are playing under beautiful sunshine, and as long as the dress code conforms with that of the club, then I think it will look very good.”

European Tour director David Williams was equally supportive of the move. He said: “The temperatures will increase as the week goes on, which is uncomfortable and could be a health issue for the players. A lot of players were concerned about it. In these temperatures it can be pretty uncomfortable out there in trousers, so the feedback from the players has certainly been positive.”