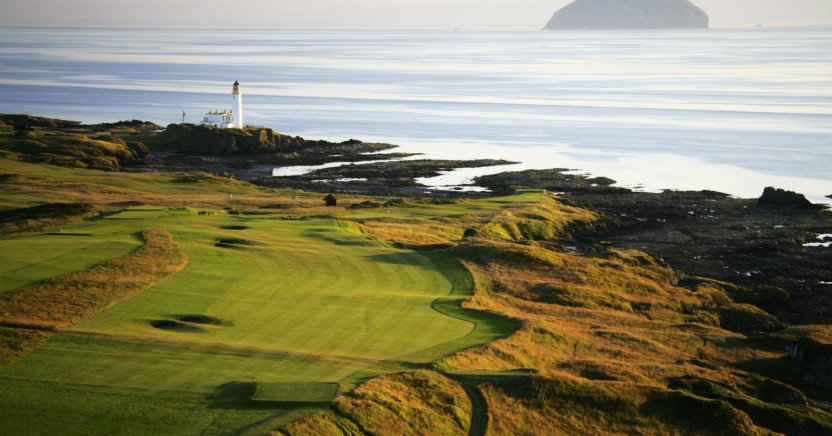 The coastline of Ayrshire, just an hour’s drive from Glasgow, is known as being one of the most picturesque spots in Scotland and is home to some of the best golf courses in the country, including some world-famous links, as well as some lesser known courses that demand plenty of respect and are well worth putting on any golf holiday itinerary to the region.

Golf in this part of the world really uses the lay of the land, using the natural terrain, grasses, undulations and wind to shape courses and your game. The first ever Open Championship was played in Ayrshire at Prestwick Golf Club in 1860, while more recent stagings have been held at Turnberry’s Ailsa Course and Royal Troon. Western Gailes and Dundonald Links are also well trodden tournament venues, while there are plenty of other more keenly priced venues on which you will enjoy an unforgettable links experience.

With the west of Scotland benefitting from the warm winds of the Gulf Stream, the weather especially, during the spring and autumn, can be usually mild and temperate, while the long summer days also provide a great opportunity to pack in two rounds in a day to make the most of your golf breaks.

If you’re looking for some local knowledge about where to stay and where to play, as well as some to secure those all-important tee times, then Scotland Golf Packages has a great range of packages and hand-picked itineraries to suit all levels of golfers, all budgets, and any length of stay, from mid-week mini breaks to more extended tours or the region.

Here are some of the golfing highlights in Ayrshire that you won’t want to miss…. 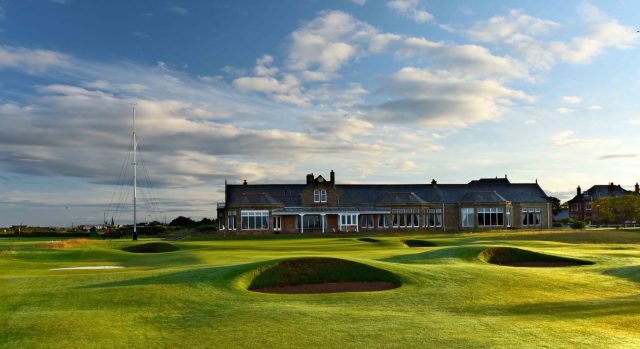 Trump Turnberry – Arguably the most picturesque golf course in Scotland, on a sunny day the Ailsa course is nothing short of glorious. Four Open Championships have been played here, none as intense as the ‘Duel in the Sun’ in 1977 between Tom Watson and Jack Nicklaus, one of the greatest spectacles in the history of the event. Recently redesigned with five new holes, the reimagined Ailsa is even better than it was before, with the new 9th hole, ‘Bruce’s Castle,’ being one of the most stunning short holes you’ll ever play. With the backdrop of the famous Turnberry Lighthouse and over 230 yards from the Championship tees, players need to hit across the bay to a distant green. Hit and hope!
Three years ago saw the opening of the King Robert The Bruce Course, an exciting new addition at Turnberry which thrills golfers of all abilities with its distinctive bunkering, wetland areas, swathes of gorse and not forgetting to mention those spectacular views of the coastline, Turnberry castle ruins and the famous lighthouse.

Royal Troon – A nine-time host of the Open Championships, most recently in 2016, when Henrik Stenson beat Phil Mickelson in an epic showdown, Royal Troon is a demanding links, featuring some seriously iconic holes, including the famous postage stamp 8th hole, the shortest par three in championship golf, which is heavily guarded by deep bunkers. With several blind shots and some lengthy par fours, championship golf doesn’t get tougher than this.

Largs Kelburn – With spectacular views over the Clyde estuary and the neighbouring islands of Cumbrae, Bute and Arran, this parkland course is among the best in Ayrshire. Nestled in an enviable spot between Kelburn Castle and the sea, the course’s manicured greens are the envy of many on the west coast. Combined with lush fairways, meandering burns and tree-lined doglegs, the course offers a fair, but rewarding challenge.

Prestwick – If you’re big on golfing history, you’ll know that Prestwick Golf Club was the first ever host of the Open Championship in 1860. The course itself was only founded nine years prior by Old Tom Morris and the course exudes history still today. You’ll encounter a few blind shots along your round and negotiate undulating fairways some would refer to as an ‘Elephants Graveyard’. Furthermore you will find some exceptional bunkering and finally fast and firm greens. 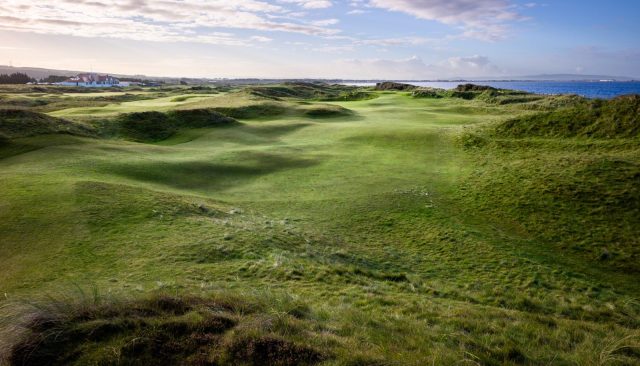 Western Gailes – With views of the hills of Arran and Ailsa Craig, this superb Ayrshire links has ambiance and character in abundance. Ranked 15th in the Top 100 Courses in all of Scotland, and it’s easy to see why when you step on the first tee. A pure, narrow links course awaits you, all set around the clubhouse at its centre. The first few holes play next to the railway before you turn back and play along the famous coastline. With undulating fairways, clever bunkering and well protected greens, Western Gailes will test every part of your game.

Kilmarnock Barassie – Dating back to 1887, Kilmarnock Barassie is a stunning links creation which is often overshadowed by its near neighbour Royal Troon. With more inland links features, including pines and heather, you’re in for a unique and stunning test of golf.

Dundonald Links – Although it a relatively ‘new’ links, the Kyle Phillips-designed Dundonald has matured very nicely since it opened to huge fanfare in 2005. It has since hosted the Scottish Open and measures a whopping 7,100 yards from the back tees, although it also played at a more friendly 6,400 yards off the visitor’s tees.

Machrinahanish Golf Club – When deciding which courses to play on your golf break, if spectacular views and unusual location tick your boxes then Machrihanish Golf Club should be on your to-play list. Found on the Kintyre Peninsular, this club is not the easiest to get to, but absolutely worth the adventure. You’ll know what we mean when you stand on the 1st tee, which arguably the most breathtaking – and testing – opening tee shot you’ll ever face. 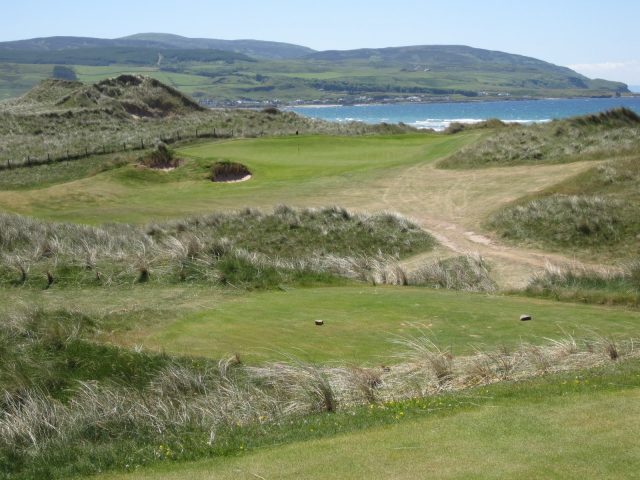 Machrihanish Dunes – If raw, natural beauty floats your golfing boat, Machrihanish Dunes couldn’t be any more perfect a match for your holiday needs. The only course in Scotland to be built on a Site of Special Scientific Interest, Machrihanish Dunes transports visitors back over 120 years to a time when golf was at one with nature. No chemicals, pesticides or irrigation systems are allowed on the 18-hole course, which is adjacent to the original 12-hole layout built by Old Tom Morris back in the 1880s. Amazingly, only seven of the 260-odd acres of the site have been disturbed to make way for the rumpled fairways and punchbowl greens of the David McLay Kidd-designed 7,082-yard course, which makes for a truly unique links experience, and one that requires pinpoint accuracy to score well, especially when the wind gets up, as it often does on this remote outcrop.