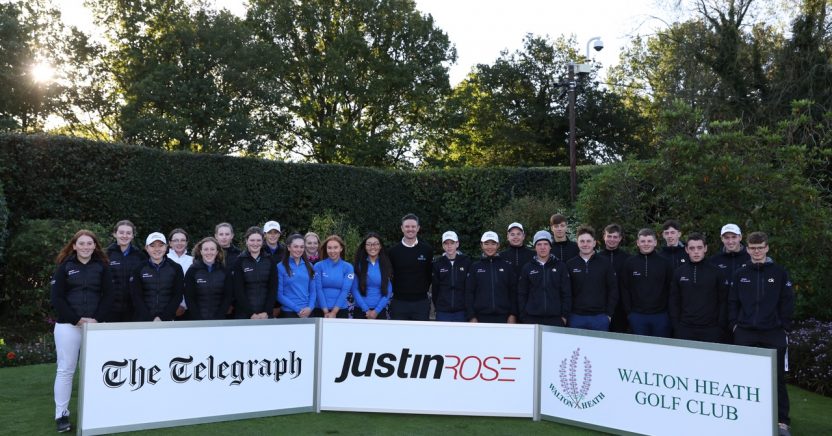 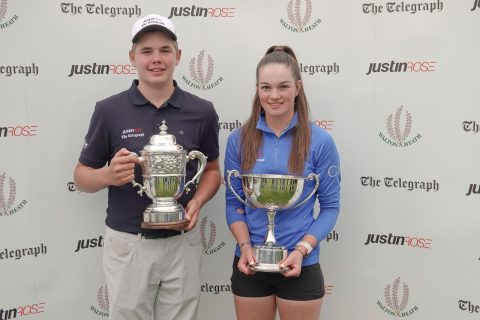 For Harley Smith it was a relaxing stroll on the heath, but for Rachel Gourley it was a case of stumbling across the finishing line as both emerged victorious in the Justin Rose Telegraph Junior Golf Championship over the Old Course at Walton Heath Golf Club, writes Gordon Simpson.

Smith, 16, from Rayleigh in Essex, delivered a commanding performance on the final day at the Surrey venue with a closing round of 63 and a comprehensive 13-stroke success over Walton Heath’s emerging star, Kris Kim in the boys event.

Meanwhile 17-year-old Gourley took a somewhat contrasting path towards the girls’ trophy by finishing with a card-wrecking quadruple bogey eight at the final hole, yet still managing to avoid a play-off with Farnham’s Lottie Woad, winning by a single shot margin. 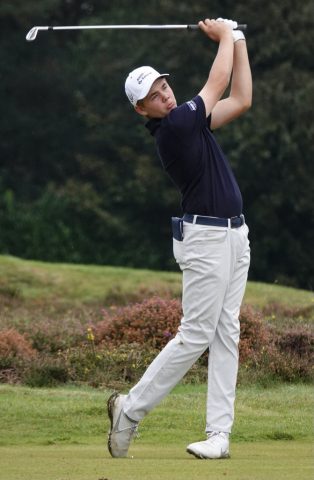 Smith plays into the 16th during his final round 63

With rounds of 70, 67 and 63 for a 54-hole aggregate of 200, 16 under par, Smith surpassed the achievements of the tournament host and sponsor, Justin Rose, who collected the Carris Trophy (England Under-18s) and McGregor Trophy (England Under-16s) in the same season and the Telegraph Junior Championship but in a different year.

“It’s brilliant to emulate Justin but even go one better by winning all three events in the same year,” said an ecstatic new champion after a round which almost smashed the course record, only for 12 foot and seven-foot birdie putts to elude him at the last two holes.

“To follow in his footsteps and win the tournament that carries his name is very special. It’s been an amazing year and this week caps it off, from chatting to Justin who getting his advice on how we should progress as golfers to shooting 63 over one of my favourite courses in the UK. Great course and it was presented in fantastic condition.”

At just 13 years of age and holding a handicap of plus 3.1, home hero Kris performed heroically to tie with Angus Buchanan of Slaley Hall for second place on 213 after rounds of 69,72 and 72.

The girls title also appeared to be a walk in the park for Gourley, until a meltdown at the final hole nearly cost her dearly. 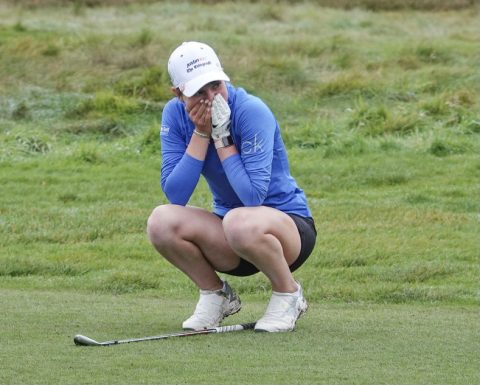 Holding a five-stroke lead over Woad on nine under par and cruising to victory, the Northumberland player pulled her drive at the last and proceeded to stumble her way towards the green, taking a penalty drop and going out of bounds, before ultimately holing from seven feet for an eight and the silverware.

A dazed Rachel admitted afterwards: “After taking a penalty drop following my tee shot, I just seemed to go into panic mode and somehow managed to recover in time. Right now, I am experiencing a rush of emotions – excitement at winning and disappointment about how I messed up the last. Overall, though, I have to be proud of the way I made that last putt.”

Rose praised the two new champions, saying: “Congratulations to Harley and Rachel on getting their names up in lights today and for managing their game around a technical and difficult golf course. I hope this will act as a springboard and a spur to go on to greater achievements in the future. I am certainly invested in keeping a close eye on their progress in the future – as I will with all the finalists – and I hope the Justin Rose Telegraph Junior Championship has played a vital part in their development.”