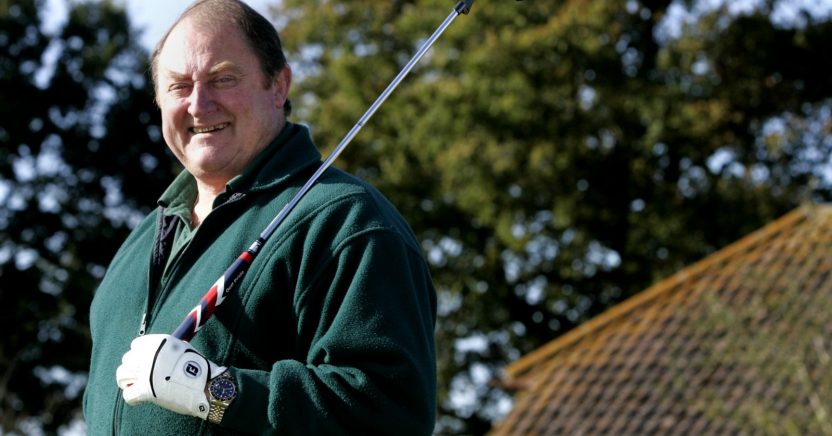 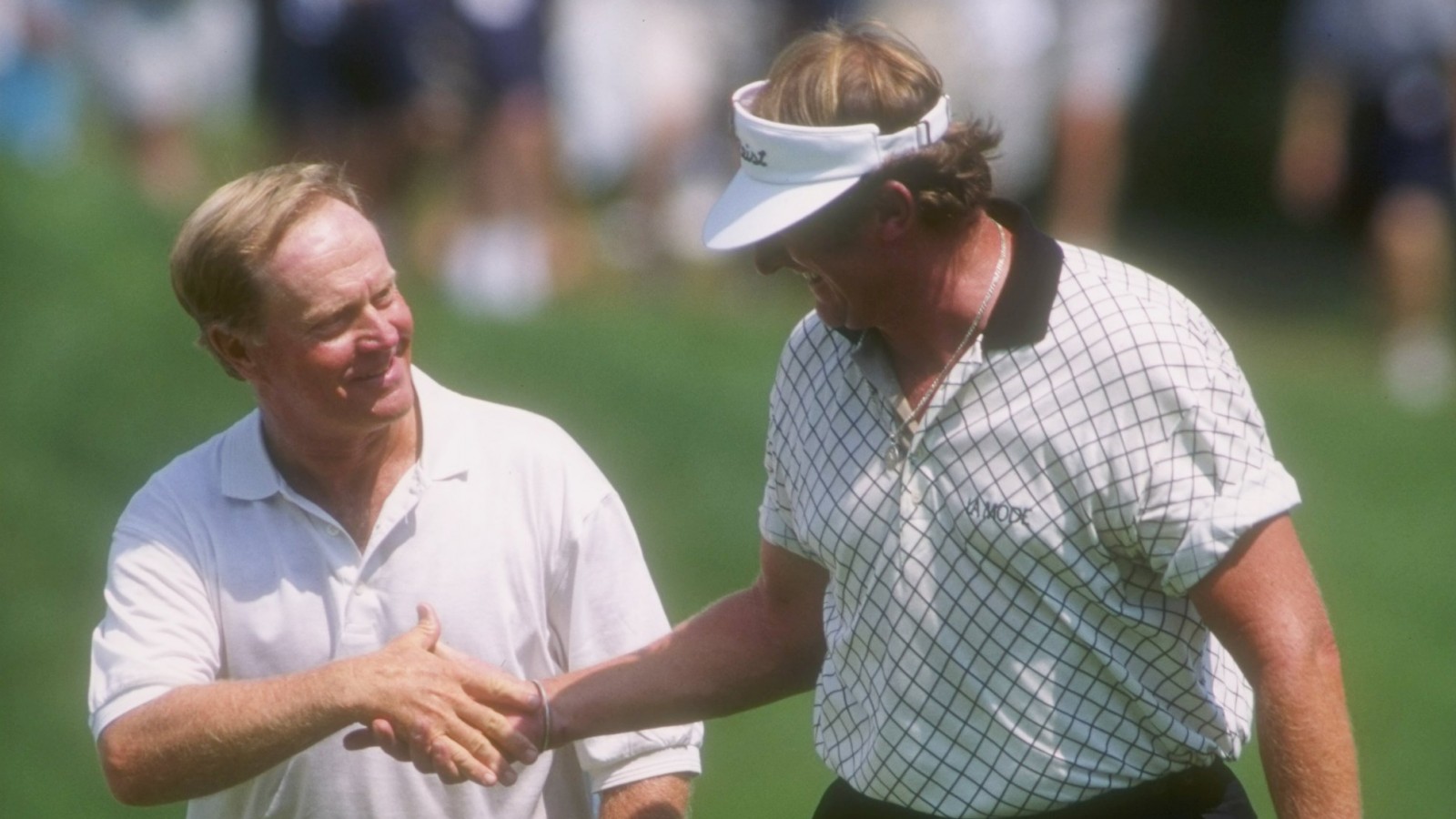 Former Ryder Cup star Brian Barnes, who famously beat Jack Nicklaus twice in one day, has died at the age of 74.

The nine-time European Tour winner, who had been suffering from cancer, passed away on Monday afternoon after a short illness.

Barnes made six consecutive appearances in the Ryder Cup between 1969 and 1979, initially representing Great Britain & Ireland and then Europe, with his two wins over Nicklaus coming during the 1975 contest in Pennsylvania.

Born in Surrey to Scottish parents, Barnes represented England at international level until joining the Scottish PGA in 1971, with the flamboyant player registering 20 victories during his professional career. He won nine times on the European Tour, but the defining moment of his playing career came in the 1975 Ryder Cup at Laurel Valley, when he beat the reigning Masters and US PGA champion Jack Nicklaus 4&2 in the morning singles.

“When we went to the press tent after the morning round everybody acted as if I’d beaten Jesus Christ,” Barnes recalled in an interview. “He was Jesus Christ as far as golf was concerned, but he was still beatable. The Yanks only needed one or two more points to win, and while I was still continuing with the interviews, Jack had gone to Arnold [Palmer, the US captain] and said: ‘Look, there is only one match the punters want to see, and that’s Barnesy and I.’ That was the only time in the history of the Ryder Cup that the match order was changed at that late stage. While that was going on, I was asked ‘Would you like the opportunity to play ‘The Bear’ again this afternoon?’. I replied: ‘Well, lightning doesn’t strike the same place twice.’”

Nicklaus started the rematch with two birdies, but Barnes fought back to win 2&1, although Great Britain and Ireland were beaten 21-11 and European players were added to the team by the time of the next contest on American soil in 1979. 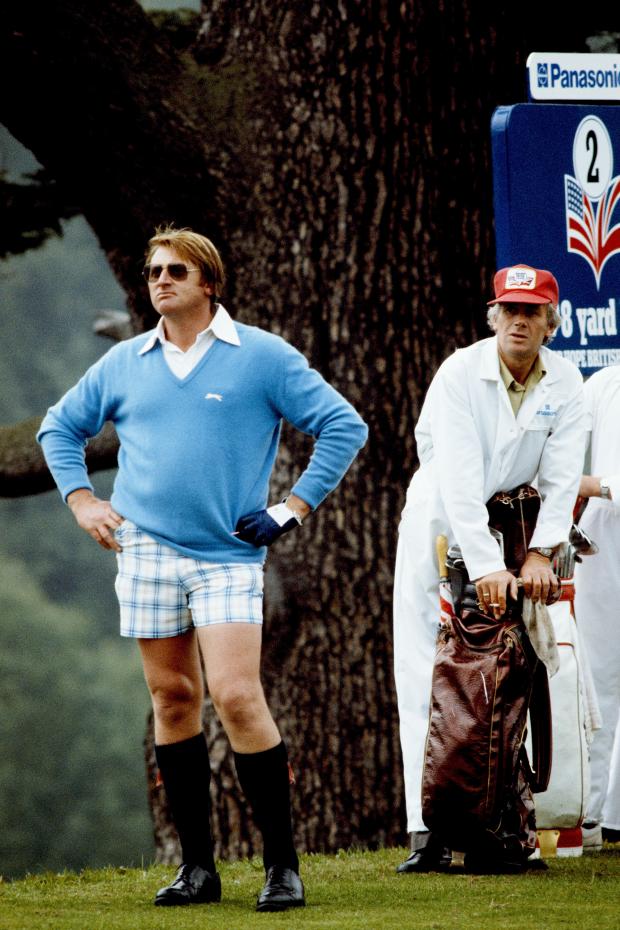 Barnes was a larger-than-life character in all manner of the phrase. He stood out on the fairways with his trademark shorts and long socks, and would often take a swing with his pipe still in his mouth. A bon viveur who was known to like the odd drink, he famously marked his ball on the final hole of the 1982 Scottish Professional Championship with a beer can, then putted out for the win. He would regularly tee off with a bottle of vodka and orange juice in his bag and one year – at the Zambia Open – downed three pints in the clubhouse, checked his watch and headed for the door. “I better be going now,” he said. “I’m due on the 10th tee.”

A fifth-placed finish at The Open in 1972 was one of three major top-10s, with Barnes also winning successive Scottish PGA Championship titles in the 1980s. He became eligible for the European Senior Tour in 1995, and won the British Senior Open at Royal Portrush that year, successfully defending the title at the same venue 12 months later. Portrush played an important part in Barnes’s life, as it was at the Northern Irish venue that his father-in-law Max Faulkner had won the Open Championship in 1951.

Barnes also claimed a maiden victory on the Champions Tour in America at the Canada Senior Open in 1998, before arthritis brought his career to an end in 2000 and he moved into TV commentating, working for Sky Sports. Ewen Murray, who played on Tour with Barnes, and worked alongside him at Sky Sports for many years, wrote on Twitter: “The passing of Brian Barnes has hit pretty hard, as it will all of you who had the privilege of being his friend. We tread many footsteps together in many parts of the world. The hurt now will give way to glorious memories in time. We’ll meet again Barnsy.”

Bernhard Gallacher, who played alongside Barnes in the Ryder Cup team in 1975, said: “I knew Brian ever since I turned pro back in 1968, and we often played practice rounds together. In some ways they were more enjoyable than the tournaments. He was a terrific driver of the ball – long and straight – and if he had enjoyed travelling more, he had the potential to be one of the best players in the world.”

Barnes married Max Faulkner’s daughter Hilary in 1968 and they had two children, Didi and Guy. Hilary died in 2014.