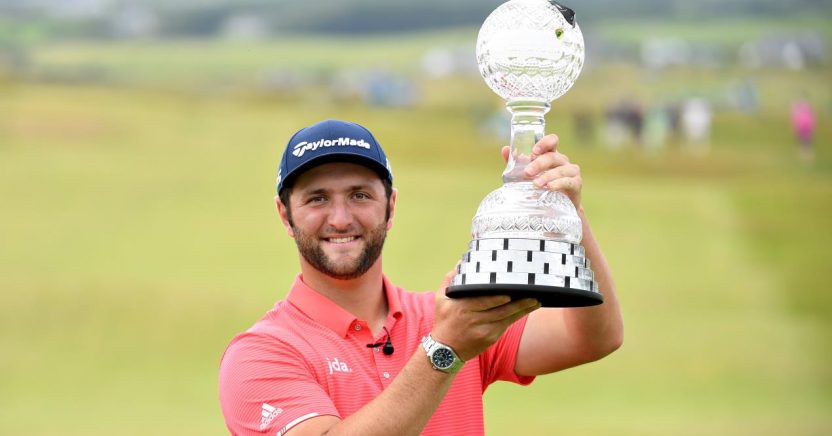 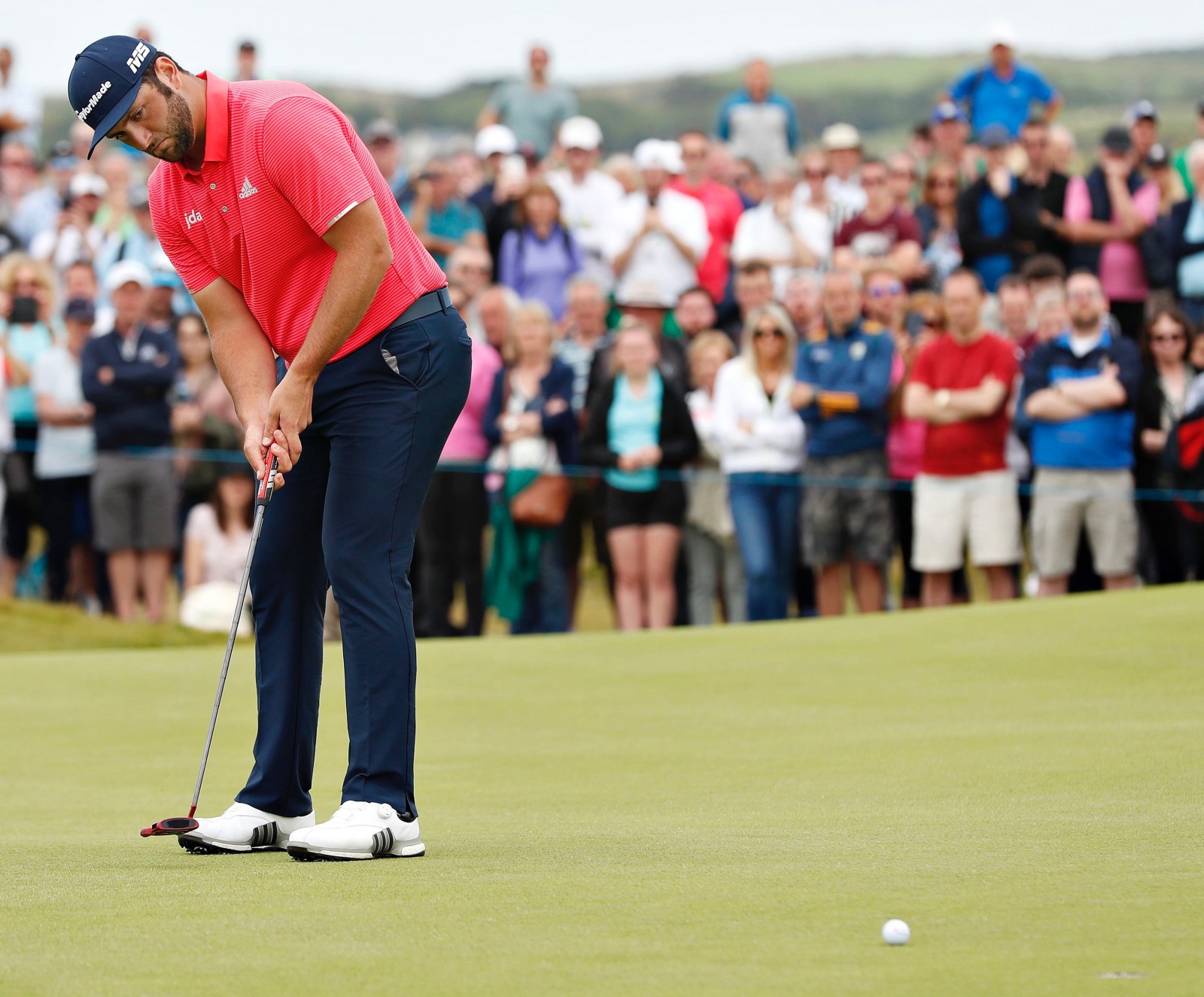 On a roll: Rahm fired eight birdies and an eagle in his final round 62

Jon Rahm carded an eight-under-par 62 in the final round to win the Dubai Duty Free Irish Open in front of sell-out crowds at Lahinch Golf Club in County Clare.

The 24-year-old Spaniard was five shots behind leader Robert Rock after the third round, but stormed to the top of the leaderboard after carding an eagle and eight birdies to get to 16 under and win this event for the second time in three years.

Rahm,whose win moved him to the top of the Race to Dubai rankings and back top into the world’s top ten, said: “I love is this tournament. I love this country. I love the people, and feel like I’m at home every time I come. My game was in good shape all week, although

I didn’t show the first two days, as I couldn’t hole any putts, but the weekend was the complete opposite. Putts started rolling in from everywhere, and I felt that I could do something special.

“After ten holes, I felt we needed to get something going, so that eagle on 12 came at the right time. Even though I had the little mistake on 13, I just knew that my target number was 15 under, so I was delighted to get to 16.

“I’m really excited to have won this event twice now. I think Seve was the only Spanish player to win more than one, and to see my name to that trophy again, is very special.” 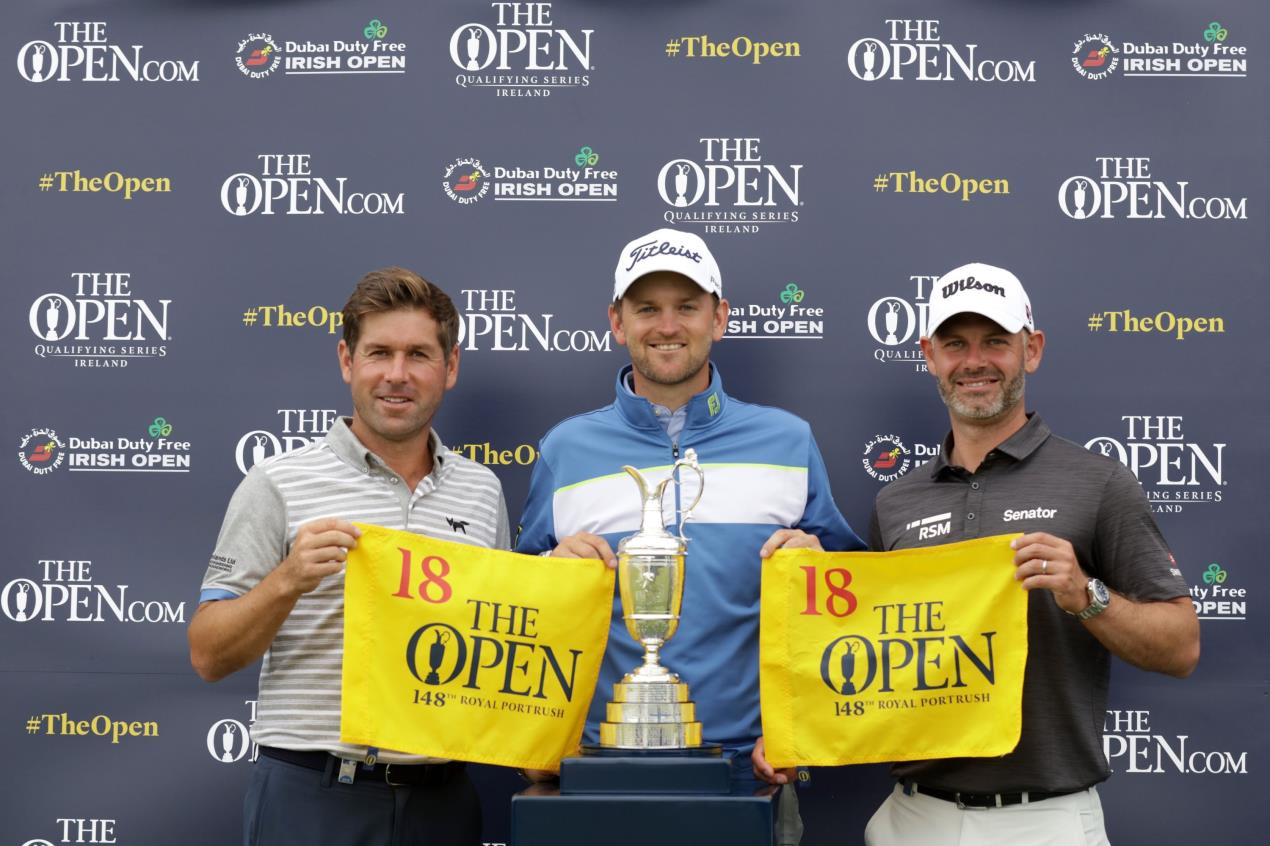 Robert Rock, Bernd Wiesberger and Paul Waring qualified for The Open after finishing inside the top ten at Lahinch

Wiesberger and Rock earned places in the field at The Open Championship at Royal Portrush with their top-ten performances, as did Paul Waring, who finished on 12 under thanks to a closing birdie.

Rock, 42, who had led the tournament on 13 under par at the halfway stage, following a second round 60, was delighted to secure his return The Open, after missing out in regional qualifying. The Midlander has only played in the Open five times since 2009, missing the cut in 2009, 2012 and 2016, but finishing tied 7that St Andrews in 2010.

“It nice to be playing another Open – which will be my eighth. I have had a couple of good finishes, my best being at St Andrews, but it will be amazing to play at Portrush. Ever since I became a pro, I’ve always dreamed of being good enough to qualify, so to do it again at 42, is something I’m very proud of.”