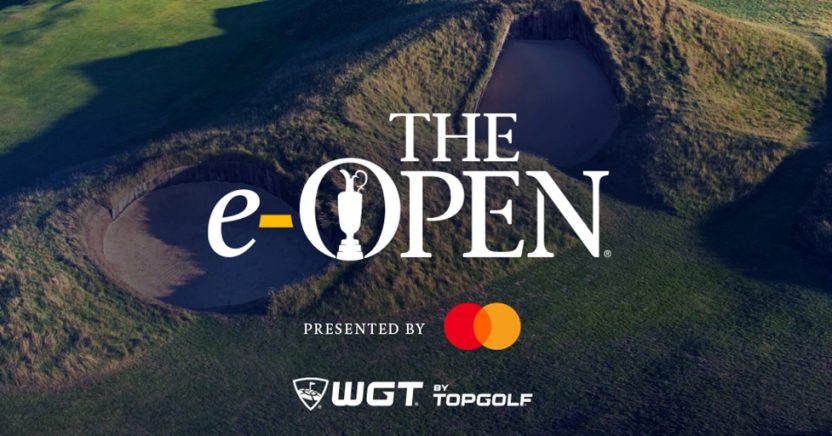 Gamers around the world will be able to test themselves against the challenge of links golf as the inaugural e-Open launches today.

The virtual stroke play tournament will take place over the iconic links of Royal St George’s from 13 July to 8 September, with qualifying events and knock-out rounds running throughout July and August leading to a Grand Final showdown in September.

Players of all skill levels from beginners to advanced gamers can take part and will be powered by the WGT by Topgolf platform, the world’s most realistic free virtual golf game which has been enjoyed worldwide by more than 28 million players.

The e-Open presented by Mastercard starts on 13 July with official qualification stages now open for entry. The tournament will be played through a series of rounds over the coming weeks in a longer style format. Following qualification, a competitive knockout stage will be played from 27-30 August, before the Grand Final is contested by the very best players on 8 September.

Prizes will be on offer for the champion of The e-Open, including a once-in-a-lifetime experience at The 149th Open at Royal St George’s next year. Exclusive content and digital experiences will also be made available for fans through Priceless.com.

Neil Armit, Chief Commercial Officer at The R&A, said: “We have seen esports become hugely popular and enjoyed by gamers all around the world. The e-Open presented by Mastercard will give golf fans a unique opportunity on a global platform to challenge themselves against other gamers in a virtual tournament over Royal St George’s.  We have been working on The e-Open for some time now and are pleased to be able to launch the inaugural tournament during what was due to be the week of the Championship this year. It will complement The Open for The Ages, which is being broadcast this Sunday as a very special celebration of the Championship.”

Visit TheOpen.com for more information on how to enter The e-Open.