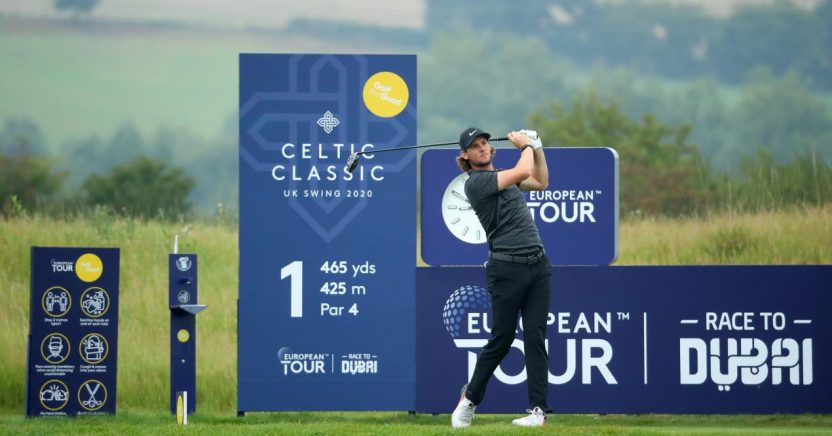 Pieters back in the swing at Celtic Manor
Club News News

Thomas Pieters holds a one-shot lead at the European Tour’s Celtic Classic after firing a first round 64.

The 28-year-old Belgian has not played since the Qatar Masters in March, but he showed no sign of rust at Celtic Manor with a seven-under-par round that included eight birdies.

The four-time European Tour winner, who became a father for the first time during lockdown, never looked back after dropping his only shot of the day on the second, coming home in 29 to move one shot clear of  England’s Toby Tree and Australian Jake McLeod.

Tree also dropped a single shot on the second hole in his 65, while McLeod eagled the last to jump in to a share of second place.

Edoardo Molinari – who starred in Europe’s 2010 Ryder Cup win at the Newport venue – is a shot further back on five under par, alongside half-a-dozen players, including his compatriot Guido Migliozzi.

Reacting to his impressive return to golf, Pieters said: “Fatherhood has been fantastic. I miss my little baby girl, but I am thankful I can play golf right now. It is the first event in five months, so it feels nice to get out there and actually put a score down. I putted well and kept my ball in play, so I didn’t really get myself in trouble. It was tough pulling clubs sometimes and I put some new grips on which were very slippery, so I was struggling with that all day. The chip in on 17 was a little Pete Cowen special. It was grass against us, a little downhill so I tried to draw it, hit my spot and lucky it went it. It was a good shot. ”

Sussex-based Tree, who earned his European Tour card at qualifying school last year, said: “I putted really nice today, but I hit some loose shots. Just tried to play golf and not think too much about my swing. Just keep playing, be good mentally, see what we ended up with.
I loved it. It’s a bit different to what we have played the last few weeks – a bit bigger, longer. The course is in great nick. It was a pleasure this morning – good weather, no wind.”