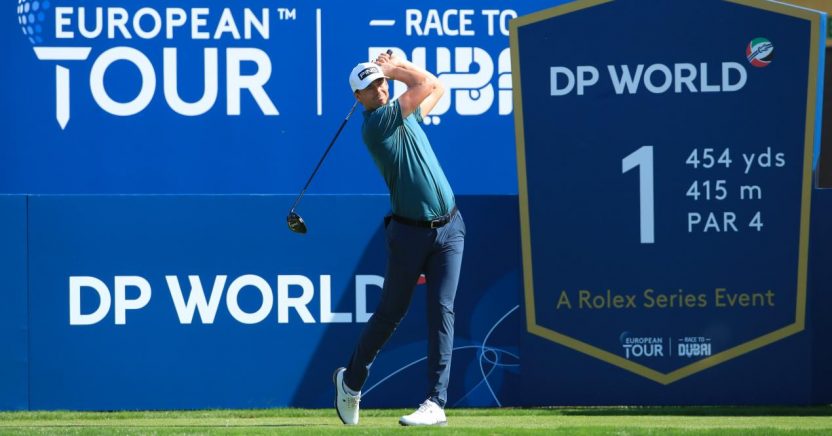 Victor Perez took a one-stroke lead after the opening round of the DP World Tour Championship in Dubai, with the Frenchman aiming to become the first player to be crowned Race to Dubai champion.

The 28-year-old has already enjoyed two runner-up finishes this year helping him to his current position in sixth spot in the European Tour’s money list.

Perez has one European Tour victory under his belt after claiming last year’s Alfred Dunhill Links Championship, and he is in the driving seat for a second victory after carding six birdies on the way to a five under par 67 on the Earth Course at Jumeirah Golf Estates.

Bob MacIntyre, Matt Fitzpatrick and Erik van Rooyen share second spot on four under par, while Martin Kaymer, Tyrrell Hatton and Tommy Fleetwood and young Finnish star Sami Välimäki are all in the hunt on three under.