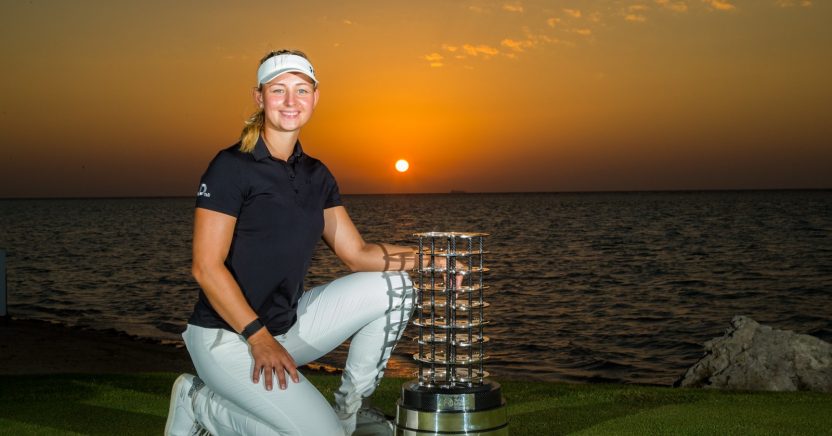 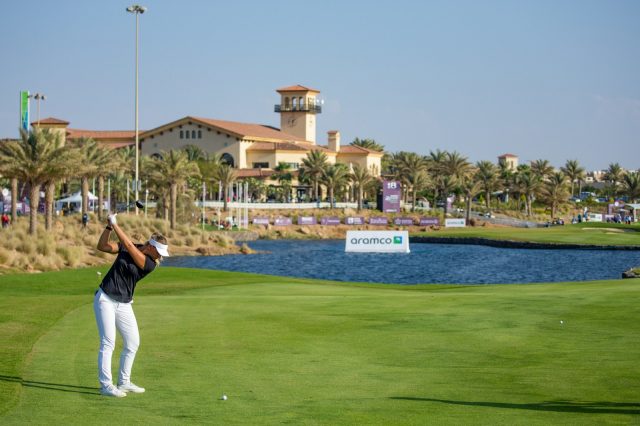 The pair went head-to-head in a thrilling finale that required an extra hole’s play to find a winner after Pedersen put a three-wood to 12-foot on the 18th hole to bag the birdie she needed to tie Hall at 10-under par.

“I dropped a couple of shots on the front nine, but then I got it back and started making a few birdies, which got me confident, added Pedersen. “I was just plugging away and I knew Georgia was playing super steady. I’m so happy to be the first winner of this event.”

Hall had a three-shot cushion with five holes to play, but Pedersen clawed her way back following a rollercoaster round that included six birdies, four bogeys and one double bogey. She said: “I played well today – it was just a shame my putt on 18 didn’t go in. Emily hit an amazing shot on the last hole in regulation and it was very brave. I am really pleased for her.”

Solheim Cup teammates Ann Van Dam and Caroline Hedwall finished third and fourth respectively after impressive final rounds in the 60s, while another Solheim star, Charley Hull, finished tied sixth alongside Wales’ Lydia Hall, whose hopes of victory fell away with a triple-bogey on 14. Maha Haddioui, the first Arabic player on the LET, posted a closing  70 to finish on three over par for the week in a tie for 33rd.