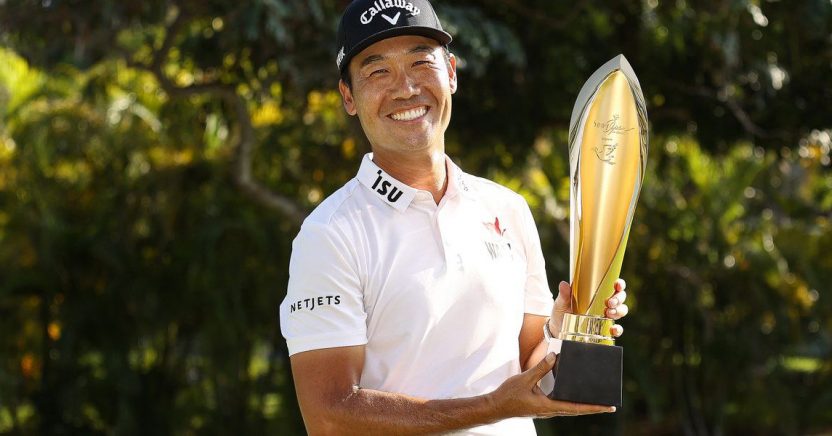 Kevin Na birdied four of his last six holes, including the 18th, to win the PGA Tour’s Sony Open by a single stroke.

The American was three shots behind playing partner Brendan Steele with nine holes to play, but Steele played the back nine in two over to finish tied fourth. Na was out in two under and then made three consecutive birdies after bogeying the 12th. He tapped in for birdie on the 18th to shoot 65, with Joaquin Niemann and Chris Kirk sharing second place.

For Na, 37, it was his  fifth PGA Tour title and fourth win in his last 55 starts. The victory took him up to 23rd in the world rankings, close to his career-best 19th.

“It feels great to get off to a good start this year and get back in next year’s Tournament of Champions. It’s just all positives. But I’d like to win another one before the season’s over,” Na said. “I used to be a really consistent player, a lot of top 10s, a lot of made cuts. Winning was still important then, but winning felt a little bit distant to me. I knew I could do it; I’ve done it before, but I went so many years without winning that I kind of forgot that feeling. I think experience is the reason why I’ve been winning. Experience and confidence. When you do it again, it seems like the next one comes easier. All this time waiting is paying off right now.”