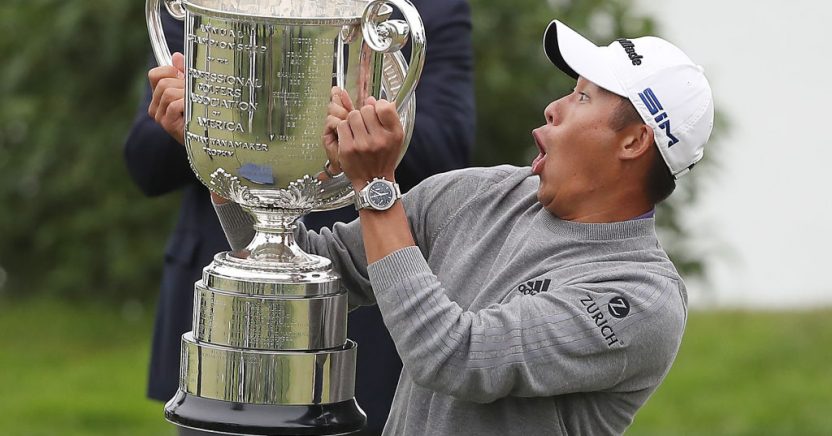 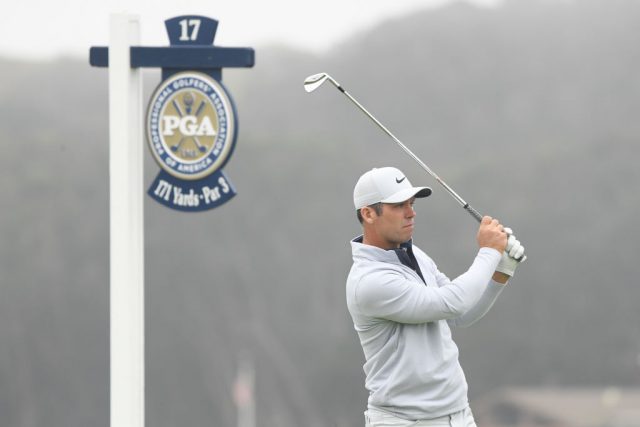 COLLIN MORIKAWA won the US PGA Championship in dramatic style with an eagle on the 16th hole to deny Paul Casey one his best chances of claiming a longed-for first major title.

Morikawa’s final round 64 at at TPC Harding Park in San Francisco sealed a two-shot win and his first major title in what is only his second season on tour.

The 23-year-old American did not drop a shot all day in a faultless final round, the highlight of which was his drive to on the 290-yard par-four 16th, which finished just seven feet from the cup, which he then holed to put daylight between himself and the chasing pack. And just two holes before that he chipped in from off the green for a birdie – a sign this was to be his day.

But his ecstasy was Casey’s agony, as the 43-year-old Englishman recorded his best finish in his Major – but also just lost out on his best chance to win one. The Surrey man had just one bogey in his final-round 66 – but he will rue that heavy-handed chip that led to his one dropped shot on the tough par-four 13th.

Casey said: “I played wonderful golf, simple as that. Watching Collin come down 18 and hitting a glorious shot, he deserves it. His shot on 16 was awesome. It’s been a great week, but a strange week, and I was missing the fans.”

Former US Open champion Dustin Johnson took a one-shot lead into the final round and shot two-under 70 on Sunday to finish in a share second with Casey. There was a five-way tie for fourth, with Matthew Wolf, Jason Day, Bryson DeChambeau, Tony Finau, Scott Scheffer, while Justin Rose finished in share of ninth.

Defending champion Brooks Koepka, playing alongside Casey, slumped to a closing 74 to finish 29th alongside Tommy Fleetwood. Pre-tournament fancy Rory McIlroy shot a closing 68, but could only manage a share of 33rd place, while Tiger Woods finished a shot back in tied 37th.

Morikawa, who was a college student just 18 months ago, becomes the fourth player to win a PGA Championship at the age of 23, joining Woods, McIlroy and Jack Nicklaus.