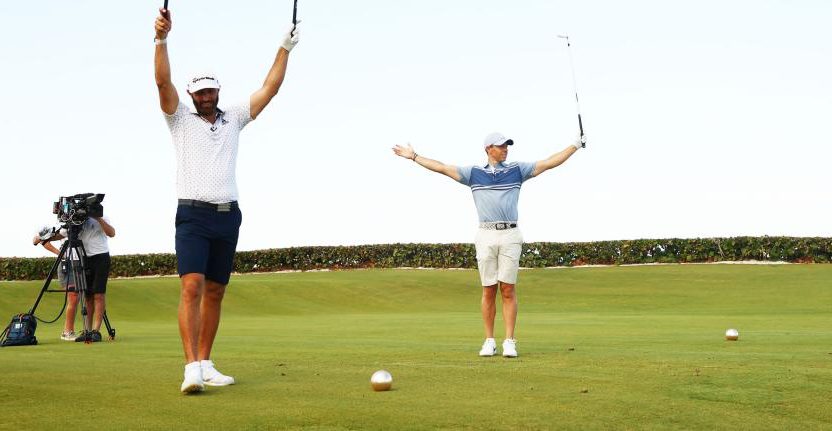 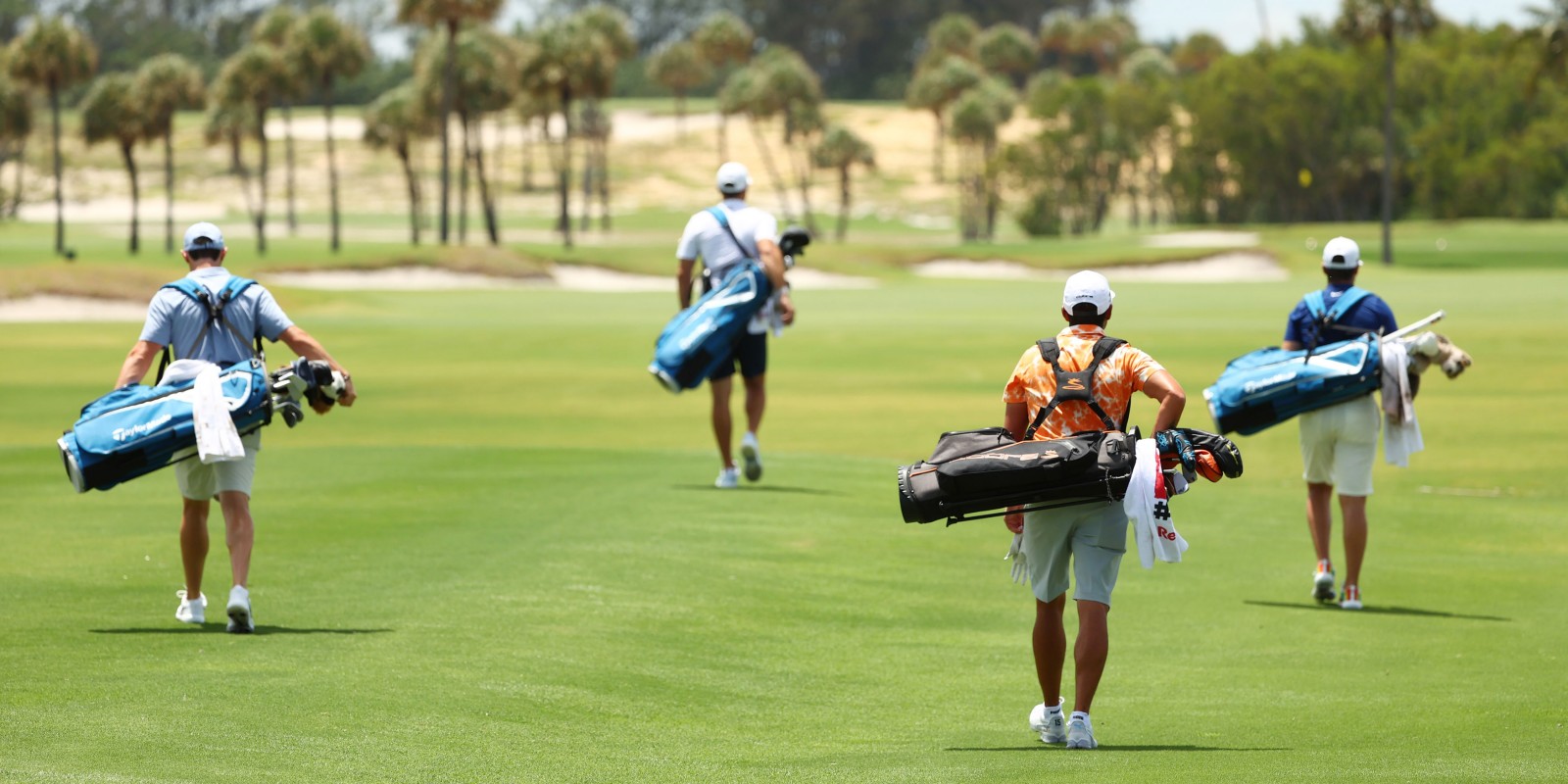 On the day that golf fans around the world would have been tuning in to watch the final round of the PGA Championship at Harding Park in California, TV audiences had to settle for a better ball skins match between four of the game’s biggest hitters.

With Tiger Woods and Phil Mickelson set to battle it out in a pro-celebrity match of their own next weekend, the stage was clear for world numbers 1, 5, 27 and 110 – namely Rory McIlroy, Dustin Johnson, Rickie Fowler and Matthew Wolff to take part in TaylorMade Driving Relief, a high stakes charity skins match held at Seminole Golf Club in Florida, from which all the prize money was donated to support COVID-19 relief efforts.

It marked the first time since the Players Championship was cancelled following the first round on March 12, that professional golf was broadcast to the world, although there were no spectators to watch it in person.
Everyone involved took a COVID-19 test, and the players dispensed with their caddies and carried their own golf bags, giving it the look of a typical Sunday afternoon four-ball with some significantly added star appeal. PGA Tour rules official Mark Russell tended the flag and there was another person on hand to rake the bunkers.

McIlroy and Johnson, playing together, ended up the winners, with the event having to be settled with a closest-to-the-hole competition set up on a shortened 17th hole at Seminole, which saw McIlroy put his tee shot just inside Wolff’s to win a skin worth $1.1m, which has rolled over from previous five holes.

The winning duo had not won a skin since the sixth hole, but they came away with $185m for the American Nurses Foundation, while Fowler and Wolff earned $1.15m for the CDC Foundation. Fowler was arguably the best player on the day, bagging five birdies, while 21-year-old Wolff, who only turned pro 10 months ago, looked a little nervous in such exalted company. Added to $1 million worth of bonuses and a drive to raise funds online and via text, and the event generated more than $5.5m in charitable donations.

“It was nice to get back on the golf course and return to some kind of normalcy,” said McIlroy, who had grabbed the headlines earlier in the week when saying that he wouldn’t be playing golf with President Trump again based on the way he had handled the Covid-19 pandemic.

Johnson, who admitted to having played only one round of golf since the Players Championship, added:  “It’s been a lot of fun to get out here, have a little competition, and do something for charity.”

Next month sees the PGA Tour return to competition proper at the Charles Schwab Challenge in Texas from June 11-14. Caddies will be carrying bags, tending pins and raking bunkers. Players and everyone on site will be tested for the virus, although not every day. Social distancing practices will be in place and there will no spectators.