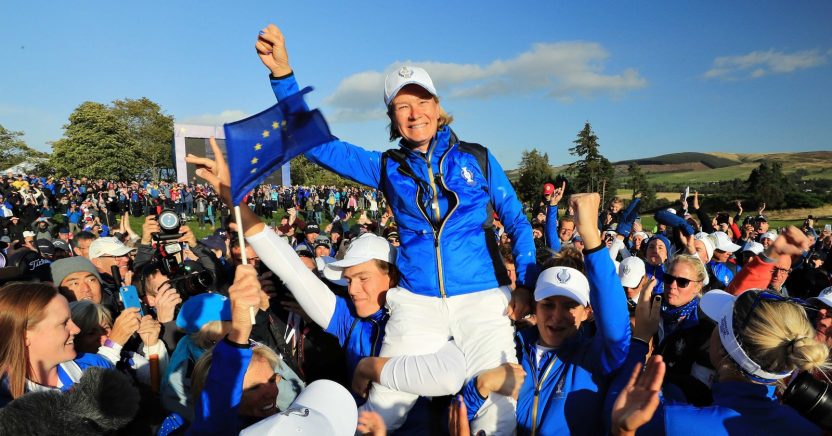 Matthew received the OBE after captaining Europe to a thrilling victory in the 2019 Solheim Cup over the US at Gleneagles.

The 50-year-old Scot, who received the MBE in 2010 after winning the Women’s British Open, will attempt to become Europe’s first multiple title-winning captain in Ohio in 2021.

Matthew said: “It is a great honour, not just for me, but also for the team and for women’s golf as well. My mum and my two daughters are also delighted, and they are already planning their trip to Buckingham Palace.”

Erskine, 60, who was awarded the British Empire MedaI in 2015, was honoured with an OBE after overseeing the Open Championship coming to Royal Portrush in July, and received the honour for services to tourism and to golf in Northern Ireland.

She led the campaign to bring The Open to Portrush, generating an estimated £100m for the Northern Ireland economy, with future tourism benefits to come.

Erskine retired from her role at Royal Portrush immediately after The Open, following 33 years of service, and is now involved in several golf-related consultancy projects, including with the Galgorm resort and Castle Golf Club in her native County Antrim.