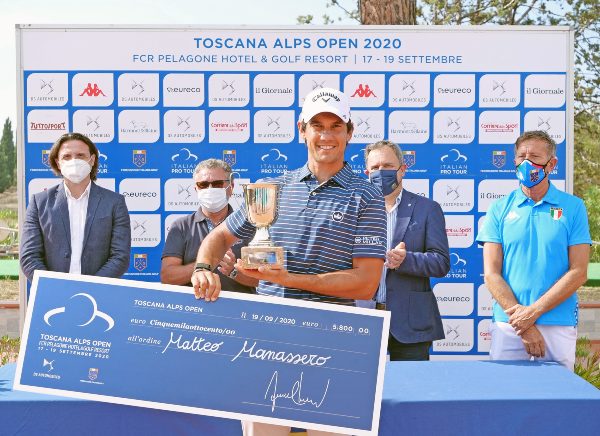 The 27 year-old Italian has struggled with his game since winning four times on the European Tour in his first three years on tour, slipping to his current world ranking of 1,805, but he has been making noises since the beginning of the year that he was beginning to rediscover the form that saw him become the youngest ever winner on the European Tour back in 2010.

Back on home turf, and competing on a tour that is two steps down from the European Tour, Manassero had to endure a tense final round tussle with Spain’s Angel Hidalgo Portillo before he secured a long overdue victory with a birdie putt on the par-five final hole, which took his score to 19 under par for three rounds.
Spain’s Manuel Elvira took third place on 17 under courtesy of an eagle at the 18th, while the best round of the week came from the Italian amateur Andrea Romano, who fired a final round 62 to finish tied 11th after leading on day one.
Portillo’s second place moved him up to sixth in the Alps Tour the Order of Merit, while fellow Spaniard Jordi Garcia Del Moral retained top spot after finishing tied 24th.
Manassero’s five-year European Tour exemption for winning BMW PGA Championship expired at the end of the 2018 season. He made 18 appearances on last year’s European Tour and made just two cuts with a stroke average of 74.38. He ended the 2019 season 293rd in the European Tour’s money mist, a ranking so low that he couldn’t get into any of the UK Swing tournaments.
Stay up-to-date:
Share this story: