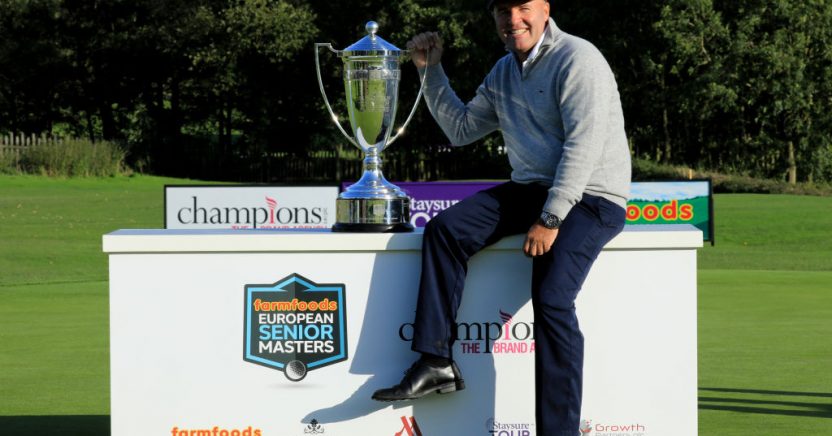 Thomas Levet won his first Staysure Tour title after carding the lowest round of the final day at the Farmfoods European Senior Masters at Forest of Arden Hotel and Country Club.

The 51-year-old Frenchman, who made his Staysure debut in this event last year, posted a closing 68 to reach ten under for the tournament, and finish one shot ahead of Markus Brier, and two clear of Paul Lawrie, Jarmo Sandelin and Ian Woosnam, who shared third place on eight under. 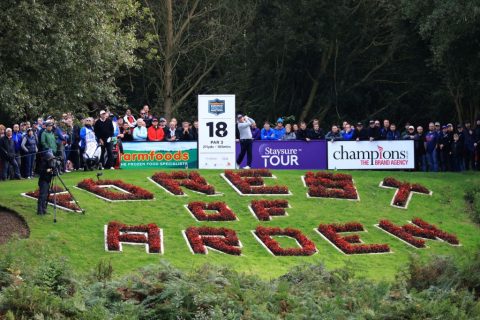 Levet came out firing for the final round at the Warwickshire venue, and made the turn in four under, which was how he finished after carding three birdies and three bogeys on the back nine, before holing a tricky short par putt on the par-three 18th to secure victory and the €50,000 first prize.

“It’s just a pleasure to win again,” said Levet, whose last victory on the European Tour came at the French Open in 2011. “I’ve been close lately, but my putter has not been there at all. My long game has been very good and I finally made some putts this week. To par the last hole here at Forest of Arden – it’s 218 yards into the wind – is a tough challenge, but I managed to hold my nerve and make par there, so it’s a great feeling.”

On a day of difficult scoring conditions, only 12 players posted under-par rounds, including all of those finishing in a tie for third or better, with overnight leader Paul Broadhurst posting a level-par 72 to finish in sixth. Tournament host Peter Baker led the field on day one after opening up with a 66, but finished in a tie for 10th.

Victory moved Levet up to 20th on the Staysure Tour Order of Merit, having played only eight events this season, while Broadhurst’s sixth place was enough for him to leapfrog José Coceres and Bernhard Langer into second place in the rankings, which are still headed by Welshman Phil Price.