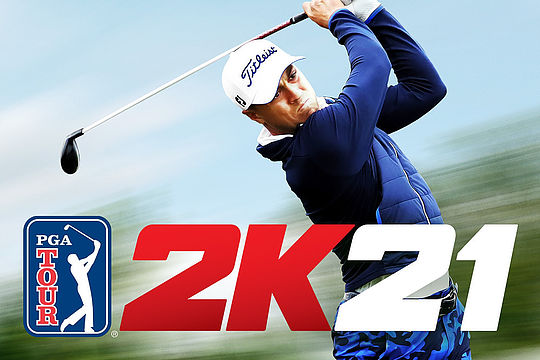 First it was Tiger Woods, then Rory McIlroy, and now World No. 4 Justin Thomas has become the latest face of the PGA Tour gaming franchise.

The 12-time PGA Tour winner features on the cover of PGA Tour 2K21, which is due to launch worldwide for PlayStation 4, Xbox One, Windows PC, Nintendo Switch and Stadia on August 21.

“Being chosen to be the first-ever cover athlete for the premiere PGA TOUR 2K game is a tremendous honour,” said Thomas. “I’m excited to join the 2K family and challenge players everywhere on the digital links.”

Social gaming is at the core of the experience, as players can hit the links with friends in local and online matches, including Alt-Shot, Stroke Play, Skins and 4-Player Scramble. In addition, Online Societies will encourage players to invite their squad to hit the clubhouse and run full seasons and tournaments with unique entry rules and requirements, as well as handicap and event settings.

“The big thing I’ve noticed is the difference about how realistic it is,” said Thomas. “It’s unbelievable. If I’m playing TPC Sawgrass, at 17, the people that are in the crowd are real spectators. You are creating your own player and trying to make it to the top like we do. The point of the video is to be as realistic as possible. I liked playing video games growing up. When the weather was too bad outside to play or practise, I would often like to play video games. And I was competitive, I didn’t want to lose, even in a video game!”

PGA Tour 2K21 has been created by HB Studios, a Canadian company which also launched The Golf Club, which has been the pre-eminent console-based golf game of recent years, taking over from EA Sports’ Rory McIlroy PGA Tour and Tiger Woods PGA Tour, the latter of which dominated game sales during the noughties.

PGA Tour 2K21’s standard edition costs $60 and is available from August 21 in both physical and digital formats on PS4, Xbox One, and Switch, while the PC version is digital-only.