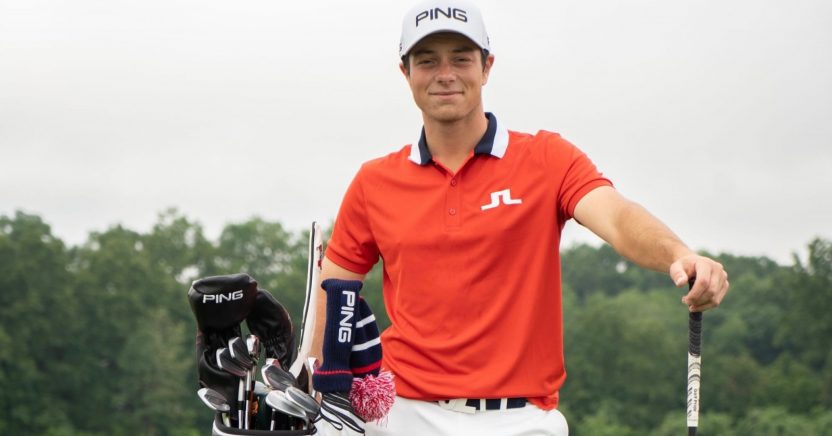 While players from Sweden, Denmark and Finland have enjoyed plenty of success on the European and global stage over the last 30 years, little has been heard of from Scandinavia’s other main country, Norway. Until now.

The name of Viktor Hovland maybe new to you, but the 22-year-old from Norway has been making giant strides in the game since ever since he won Norway’s national amateur championships in 2014, aged just 16.

After catching the eye of many of the top golf colleges in the United States, Hovland took up a place at Oklahoma State University, during which time he became the first Norwegian to the win the US Amateur in 2018. That success earned him invitations to three of last season’s four Majors – the Masters Tournament, the US Open at Pebble Beach, and the Open Championship at Royal Portrush.

Hovland won the low amateur prize at Augusta, finishing on three-under-par in a tie for 32nd. He also shot the lowest amateur score at Pebble Beach en route to a 12th place finish, and in doing so became the first player to win low amateur honours at both the Masters and US Open in the same season since Matt Kuchar in 1998. 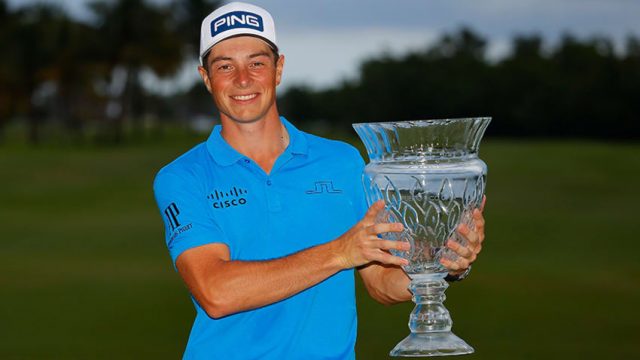 After turning professional last September, Hovland has wasted no time in making his presence felt in the paid ranks, bagging no fewer than nine top-20 finishes in first 15 starts on the PGA Tour in 2019, and an 11th place at the BMW PGA Championship in his first full start on the European Tour. After narrowly missing out on earning his PGA Tour card via non-member points, Hovland secured his card when finishing 11th in the Korn Ferry Tour Finals.

He got off the best possible start in 2020, shooting a final round 70 to win February’s Puerto Rico Open with a 20-under-par total and become the first Norwegian to win on the PGA Tour.

Just three weeks later, the PGA Tour shut down due to the cororavirus pandemic, and like all tour pros has had to patiently wait to return to action, which he did in the middle of June at the Charles Schwab Challenge, where he finished an impressive tied 23rd after weekend rounds of 68 and 66.

Since then, Hovland has followed up with some even more excellent results, including tied 21st at the RBC Heritage, 11th at the Travellers Championship, 12th at the Rocket Mortgage Classic, and a tied third at the 3M Open in Minnesota. Currently 23rd in the FedEx Cup and 31st in the world rankings, Hovland looks to be the real deal and exciting prospect for this year’s Major and next year’s Ryder Cup.

Enjoying a huge fan base in his native Norway, even the gambling industry, which is slowly developing in Norway, has announced some of the best odds for Norwegians focused around the youngster.

After finishing in the top 50 at last week’s Memorial Tournament, Hovland is now turning his attentions to the upcoming Majors, for which is qualified for all three that are currently scheduled to take place this year, starting off with the US PGA Championship at Harding Park in San Francisco (Aug 6-9), which will sadly have to be played behind closed doors due to on-going Covid-19 restrictions in California. Still, be sure to tune in on television to watch this most exiting of talents take on the world’s best.