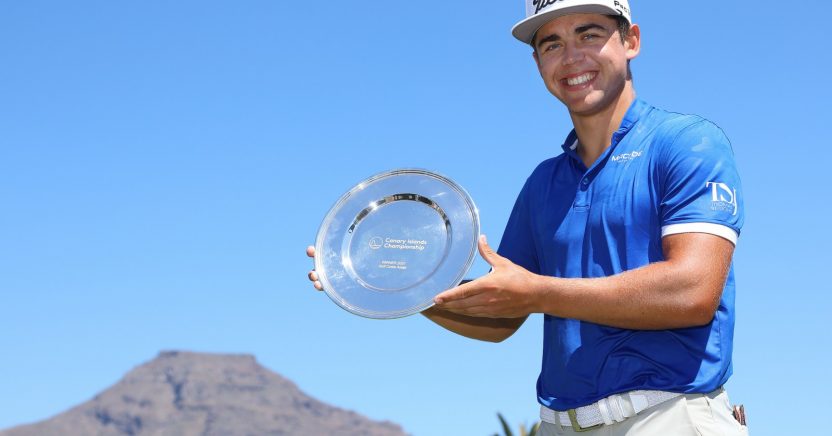 Garrick Higgo continued to write his own chapter in the European Tour history books as he powered to a second win in three weeks at the 2021 Canary Islands Championship.

Just 14 days after he lifted the trophy at the Gran Canaria Lopesan Open with a European Tour record low score of 255, a closing 64 with a hole-in-one moved him to 27 under and handed him a six shot victory at Golf Costa Adeje.

Higgo, 21, who is now fifth in the European Tour rankings, and is on the brink of breaking into the world’s top 50, said: “I can’t believe I’ve managed to win again so quickly! My game has been good, so in some ways I can believe it as well. I have been working really hard on a lot of little things and I have also accepted what works for me and kind of stuck with that. I think that has been a big thing. If I don’t play as well, I don’t look for something, so I am going to try and keep going.

But all eyes were on Higgo as he took his score across the 12 rounds of the Canary Islands Swing to 68 under and sent records tumbling. A third European Tour win in just his 26th event makes him the fastest South African to three wins not including Majors and World Golf Championships, and he also matches the record of Tiger Woods for the fewest number of events needed to claim three European/PGA TOUR wins since 1990.