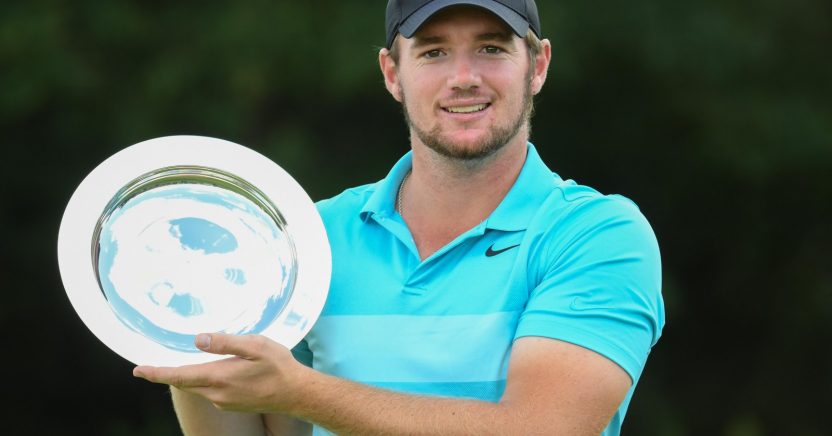 Horsfield’s the Hero at Forest of Arden
Featured News

Sam Horsfield claimed his maiden European Tour title at the Hero Open after showing nerves of steel down the stretch at Forest of Arden Marriott Hotel and Country Club to beat off the challenge of Belgium’s Thomas Detry and seal a one-stroke victory.

The 23-year-old becomes the first home winner of the Hero Open – formerly the English Open – since Lee Westwood in 1998, and the fifth English winner in total. The win also moves him to the top of the UK Swing Rankings, from which the top ten players at the conclusion of the ISPS Handa Wales Open will earn exemptions to the U.S. Open next month.

Having endured a difficult back nine on Day Three, relinquishing the six-shot lead he had built on the front nine, Horsfield showed true determination on an exciting final day, maintaining his lead over the chasing pack for the vast part of the round.

He was knocked off the perch briefly when Detry birdied the 17th to move to the front on 18 under par. But the Belgian missed a crucial par putt at the last from four feet to drop back to 17 under alongside Horsfield.

The American-based Horsfield capitalised on his opportunity at the penultimate hole, playing the par five to perfection and picking up a shot to earn a one-one stroke advantage stepping onto the tee of the par three final hole.  A deft lag putt left him with an easy par putt to lift the trophy, signing for a four under par 68 and an 18 under total. Horsfield moved to 18th in the Race to Dubai Rankings presented by Rolex, up from 43rd.

Horsfield said:”It’s crazy, I can’t put it in to words. It’s special. With everything that’s going on in the world right now, I’m thankful that the European Tour has been able to put on tournaments for us to play. I’ve been in Orlando for the last three months and felt like my game was right there, I played decently last week, had a bad finish but kept the positives from that. I played solid all week and gave myself a lot of opportunities and made one enough.”