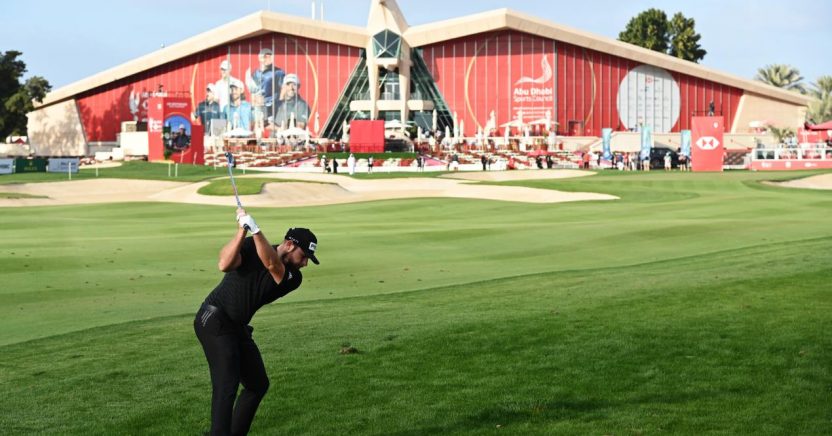 Tyrrell Hatton has opened up a commanding five-shot lead at Abu Dhabi HSBC Championship with five holes still left to play of his second round.

After firing a first round 65, Hatton recorded an eagle and four birdies in the first 13 holes of his second round to move to 12 under par before play was suspended due to fading light.

The reigning BMW PGA Championship will re-start his round at 7.30am on Saturday as he aims to hold off a chasing pack that includes first round leader Rory McIlroy, who slipped back to seven under par with four holes left to play of a rollercoaster second round to sit in a tie for second alongside Jason Scrivener, Jazz Janewattananond, and Romain Langasque, who will also return to complete the round on Saturday morning.

Two-time Abu Dhabi winner Tommy Fleetwood is among a group of ten players at six under par after a bogey-free 67.

Hatton said: “I’m obviously in a great position at the moment. It was certainly tough out there, so I’m really happy to be five under for 13 holes. I holed some nice putts and there was a couple of decent par putts toward the end which kept my momentum going. I’ve got five holes left to play tomorrow morning, but it will be long wait for round three, so I’ll just need to try and stay loose and see how we go.”