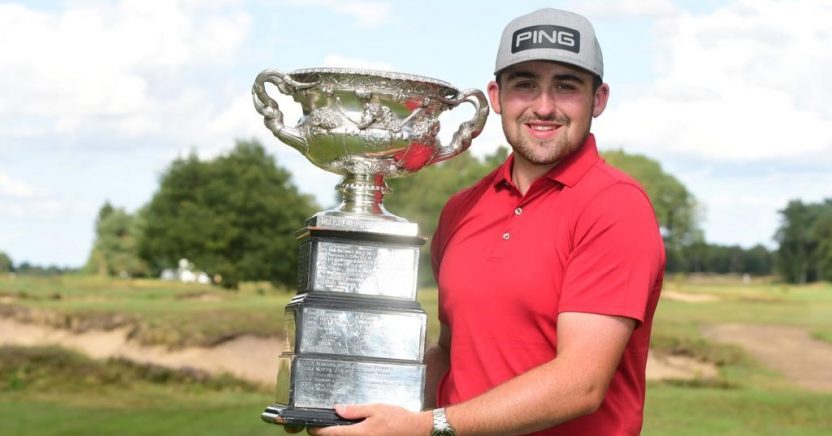 Halfway Through UK Swing – A Look Back and Forward
News

The coronavirus pandemic had a profound impact not only on public health, professional and social lives, but it also had a radical impact on sports. The whole sporting world has had to adapt to the restrictions and measures dictated by the virus and its spread. To fit in with the COVID-19 guidelines, most sporting events are taking place without spectators with additional focus on hygiene and testing for players, officials, and support staff. We have seen games and tournaments postponed, seasons being suspended or truncated, and new tournaments inaugurated to keep players active.

Golf isn’t exempt from delays and cancellations, but with the US PGA Tour, UK Swing underway, and several other international tournaments scheduled for the rest of the year fans will have some action to enjoy. Despite the lack of crowd attendance due to the current situation, these events have nonetheless proved popular with golf fans and bettors alike.

Let’s look at how the world of golf has adapted to the pandemic, and preview some of the upcoming events.

What is the UK Swing?

Set up in lieu of the regular European golfing season, the UK Swing is a series of six tournaments (three of which have already taken place), which runs until the end of August. Alongside PGA tour events, including the PGA Championship – being led by American Dustin Johnson at the time of writing – it represents an effort by officials to make the most out of the season during the pandemic.

UK Swing has so far comprised the Betfred British Masters, the English Open, and the English Championship, being extremely popular, despite not allowing crowds to watch the play live. Sam Horsfield currently heads up the rankings after claiming his first European title at the English Open, closely followed by Italian Renato Paratore and nineteen-year-old Dane Rasmus Højgaard.

The UK Swing is underpinned by the Golf For Good initiative, with large sums being donated to charities chosen by Betfred and by the players, who are also competing for a share of the prize money.

The story so far

As mentioned above, three tournaments have already taken place.

The Swing kicked off on July 22nd with the Betfred British Masters, held at Close House near Newcastle upon Tyne. It was won comfortably by Renato Paratore, with Rasmus Højgaard a distant second on a final day lacking in drama.

The English Open was held at Marriott Arden Forest between 30th July and 2nd August, and was a much tighter affair, with Sam Horsfield putting in a round of 68 on the final day to clinch the title by just one shot. Runner up Thomas Detry of Belgium managed to go round in 66, but Horsfield had done enough and hung on to take his first European title.

The second half of UK Swing gets underway at the Celtic Classic, held at the Celtic Manor Resort in Newport, Wales between 13th and 16th August. This is a special event, created in the wake of the COVID 19 and intended as a one-off.

This will be followed by the resurgent Wales Open, held at the same venue between 20th and 23rd of August – the first Wales Open since 2014. Horsfield goes into the remaining three tournaments at the head of the leaderboard, but if Paratore can regain some form, and Højgaard stays consistent, both could be a serious threat.

The UK Swing will be closed out by the UK Championship, held at The Belfry from 27th – 30th August. The Belfry is known for hosting four Ryder Cups, and many major European tournaments, and is a course which is no stranger to drama and excitement. Hopefully, this will continue to be the case, despite the lack of crowds in attendance. In the meantime, passionate fans and bettors can still follow their favorites and suggest their top 5/10/20 to enjoy the rest of the tour.

While the 2020 golfing calendar has been badly disrupted by the global pandemic, the sport has come together to ensure that players and fans alike can enjoy some action this year. Even without thousands in attendance, the tournaments have been extremely popular so far, and as the season comes to its climax, fans will be buzzing.