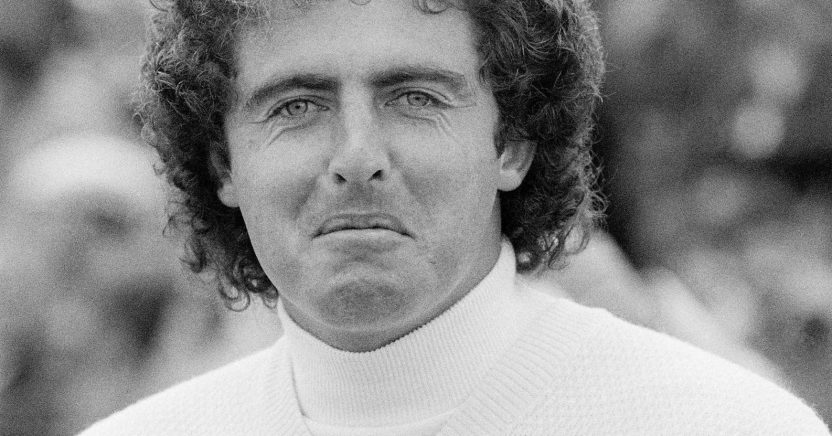 Dublin-born O’Leary, who moved to London when he started out on tour, made a huge contribution to growth of the European Tour in his role as a director for 34 years, and was a hugely popular figure on both sides of the Irish Sea.

The highlight of his individual playing career came with victory in the 1982 Irish Open at Portmarnock, where he held off Maurice Bembridge by a stroke to win the £13,000 first prize in front of his home fans. He also won the 1976 Greater Manchester Open, while his first win as a professional was in the 1975 Royal Swazi Sun Open on the South African circuit. His best finish in a Major was in the 1979 British Open, when he finished tied-13th.

In terms of team golf, the highlight of his career was playing on the Britain & Ireland team in the 1975 Ryder Cup at Laurel Valley in the United States, where he played four matches, but failed to win a point. He was one of three Irish players on the team, along with Eamonn Darcy and Christy O’Connor Jnr. The USA won the match by 21-11. O’Leary also represented Ireland in three World Cups (1972, 1980 and 1982).

On finishing his playing career, he served as a director of the European Tour from 1985 until 2019, attending his last meeting in March of last year. Among his many achievements in office, he is credited with playing a significant part in bringing the Ryder Cup to Ireland for the first time in 2006, when Europe won at The K Club.

Keith Pelley, the chief executive of the European Tour, said: “John made a huge contribution to the evolution of the European Tour, firstly as a successful player and then as a long-serving member of the tour’s board of directors. Above all, he loved our game. We will sorely miss him, and our thoughts are with his family and friends.”

Padraig Harrington, who won the Irish Open in 2007, 25 years after O’Leary, tweeted: “So sorry to hear of the passing of a legend of Irish golf John O’Leary. He always had a kind word to say and gave you advice without preaching. He was a larger than life character whose stories will live one. May he rest in peace.”

Paul McGinley tweeted his condolences: “More sad news in the passing of my friend and fellow Irishman ‘Jonno’ O’Leary – always a dedicated follower of fashion and all round great guy,” while another former Ryder Cup captain Sam Torrance also commiserated. “So sad to hear of the passing of one of my dearest friends and roommate for 10 years on tour. RIP my old pal John O’Leary,” posted the Scot.