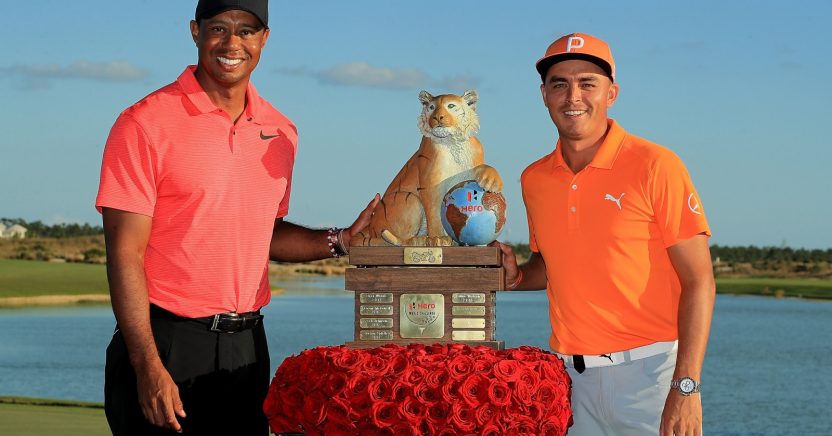 Rickie Fowler fired an 11-under-par 61 to win the Hero World Challenge after Tiger Woods capped his return from injury with a solid four days’ work in the Bahamas.

Fowler trailed third round leader Charley Hoffman by seven shots, but made eight birdies in a stunning front nine to lead at the turn. He added three more birdies to break the tournament and course records at Albany Golf Club and win by four strokes over Hoffman.

Woods, playing his first tournament since withdrawing from February’s Dubai Desert Classic with back spasms, carded a final round 68 to add to earlier rounds of 69, 68, 75, to finish tied ninth in the 18-man invitational event. He went out in 31, hitting three birdies and an eagle at the seventh. He recovered from a double bogey on 10 with three birdies in his next five holes, before successive bogeys at 17 and 18 sullied his card. 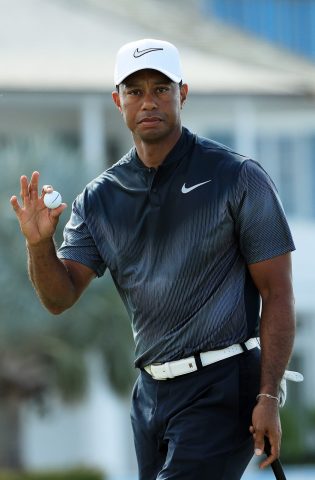 Woods made a successful return to competition at his own tournament

Having had multiple back operations in recent years, Woods said he felt no pain during his latest comeback and that his play indicated a ‘bright future’.

“I knew I was going to be able to play all four rounds, that wasn’t going to be an issue,” said Woods. “The issue was how my scoring was going to be, how was my feel? How am I going to get used to the adrenaline in my system, because it’s the first time in a while – that took a little bit of time.”

Hoffman’s nearest challengers at the start of the day were Jordan Spieth and Justin Rose, both five shots behind, but it was Fowler who overhauled the deficit in remarkable fashion, hitting birdies on the first seven holes to draw level with his compatriot, while Hoffman was becalmed with a level-par 72.

Showing relentless accuracy with the putter, Fowler also deftly chipped in at the fifth to keep his streak going, only failing to birdie the par-three eighth as he took just 28 strokes to cover the front nine.

A round of 59 seemed within reach after the American added birdies on 11, 13 and 15 and, though he looked for birdie chances on the last three holes, he had to settle for par at each.

“I needed to get off to a quick start today to at least show Charley I was there,” Fowler said. “We took care of that, and kept it rolling from there.”

4 January 2021
World No.2 Jon Rahm has joined Callaway Golf’s Tour professional staff in a multi-year agreement that will see the 26-year-old Spaniard play with a full bag of Callaway woods, irons and wedges, a Callaway Chrome Soft X golf ball and use an Odyssey putter.Read More
View More