Five outside bets for the Masters - Golf News | Golf Magazine 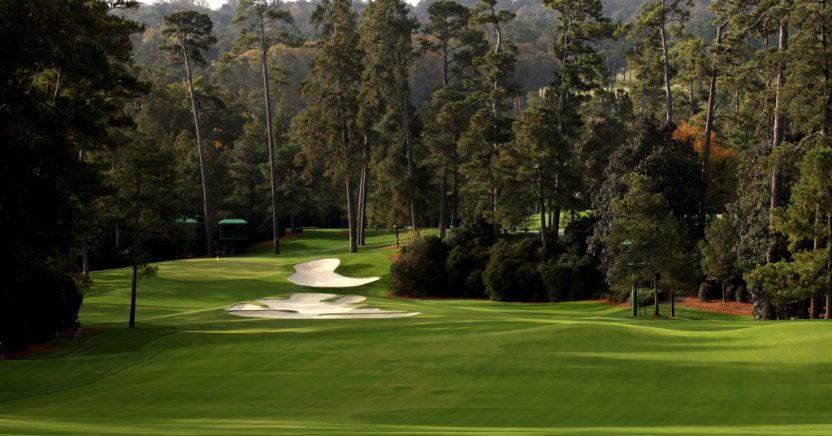 Five outside bets for the Masters
News

The 2020 edition of the Masters has been a long time coming. The coronavirus pandemic put paid to the tournament’s original April dates, forcing organisers to move the Augusta major to the autumn. But now, after a long wait, the Masters is finally here, and golf fans all over the world are gearing up for four days of unmissable action.

It’s no surprise that all the in-form household names lead the US Masters odds from Paddy Power, but surprises can often arise in golf, and there are many players who may be eyeing an upset at Augusta. Here, we take a look at five players who might make good outside bets for winning the Masters.

American golfer Collin Morikawa caused a stir in the golfing world by winning the PGA Championship earlier this year. Before the coronavirus-enforced lockdown, Morikawa had never even won a single event on the PGA Tour, but since the return of golf he has won three titles including his maiden major championship at TPC Harding Park, San Francisco.

Morikawa is priced at 30/1 to win the Masters, but given his good form post lockdown, there’s no reason why he couldn’t hit form at Augusta.

While all British attention is turned towards Northern Irishman Rory McIlroy, who is one of the Masters tournament favourites, England’s Tyrrell Hatton could well have a big impact at Augusta. Hatton has been in a rich vein of form, which included his maiden PGA title at the Arnold Palmer Invitational back in March.

Hatton will see the Masters as something of a free hit, and it wouldn’t be surprising to see him play with the shackles off and produce some of his best golf.

Aged 50, Phil Mickelson is still going, and heads to the Masters as something of a long shot at 66/1. But the three-time Masters champion knows what it takes to win at Augusta, and it’s clear he still relishes the chance to play there. You only need to watch the short video Mickelson recently posted on his twitter page to see how much the Masters means to him.

Despite his age, Mickelson still has the ability to rediscover his best form when it matters most, and you can never quite rule out this golfing great.

The winner of the 2019 Open Championship, Shane Lowry, has been relatively quiet since that success. But this year’s Masters will undoubtedly be at the forefront of the Irishman’s mind, given that it is the major championship he has struggled most at throughout his career. His best performance at Augusta was a tied-for-39th finish in 2016, and he has missed the cut in every other outing at the Masters.

But Lowry’s confidence will have been boosted by winning The Open last year, and having that first major title under his belt should give him the belief that he can win more of golf’s biggest events.

It seems strange to list the defending champion as an outside bet, but at odds of 40/1, Tiger Woods is not fancied by many to repeat the trick and win at Augusta in 2020. Last year’s Masters triumph for Woods was one of golf’s greatest moments, and will live long in the memory of everyone who was there or watching on TV. While it may seem unlikely that he wins it two years running, you can never rule out as supreme a talent as Woods when it comes to major championships