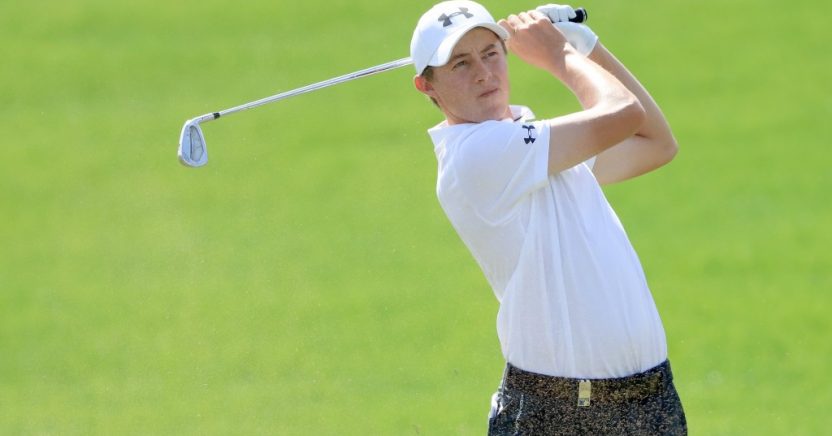 Five Golfers to Watch in 2022
News

With the final tournaments of 2021 coming to a close, we’ve had time to take stock and look back on another thrilling year of golf. There have been some clear winners and losers while the return of crowds to the course was a big bonus across the last six months.

Now it’s time to look ahead and to identify players who could be set for a big breakthrough in 2022. Here are some of the best young prospects as we go into a new year.

Before identifying our five to watch, it’s worth looking at the most likely winners of the majors in 2022. It helps to look at the size of the challenge placed before these youngsters and to consider the men that they need to overtake.

The first Major is the US Masters in Augusta and, it’s no surprise to see that the world’s number one is the favorite to succeed. According to golf betting sites linked to sbo.net, the Spaniard is out in front, ahead of a chasing pack that includes Jordan Spieth, Dustin Johnson, Rory McIlroy, Bryson DeChambeau, Justin Thomas and many others.

Our ‘five to watch’ will also feature in these markets and sbo.net will be on hand to provide their readers with all the updates as they come in. News and opinion pieces from around the golfing world will also be available and it’s possible to take all of that information into the markets too.

Visitors have the option to register with any of the sportsbooks from the recommended panel. Each of them will accept new customers and there are welcome packages published in most places.

A range of deposit and withdrawal options is on hand to get the account moving while additional sports and the possibility of live streaming some golf are among the other potential advantages.

It’s a useful website whether you’re betting on golf or simply following the sport so let’s now get onto that list of players to watch.

He’s already won at the start of a new PGA season so Sam Burns may be an obvious choice. However, the 25-year-old doesn’t tend to be tipped for a Major win in 2022 and we think he can cause an upset at any of the ‘big four’ tournaments.

Burns actually has two PGA wins in 2021 – at the Valspar Championship and the Sanderson Farms Championship – and, at the very least, he’ll be adding more regular tournament victories in the New Year.

Those that follow the European Tour will have already spotted the potential of young South African Garrick Higgo. When he crossed to the PGA circuit in 2021, it was felt that he could perform well but few would have expected him to lift a trophy this year.

Success came at the Palmetto Championship in June and the 22-year-old should make more inroads in 2022 and beyond.

He’s become a regular face in America but that first win on the PGA Tour is proving to be elusive for England’s Matt Fitzpatrick (pictured). Fitz tied for 7th at the US Masters in 2016 having won the British version. Since then, he’s won in Europe without quite getting over the line in the US.

At 27, he’s reaching his prime and that overdue breakthrough could well come in 2022.

26-year-old Australian Lucas Herbert may not have been given the credit that he deserved after winning the Bermuda Championship in 2021. Victory may have come in a weakened field but it was an impressive one as he edged out Patrick Reed and Danny Lee by one stroke.

Herbert also won the Irish Open in 2021 and looks to have the quality and consistency to make further strides next year.

Another Australian, Min Woo Lee, enjoyed success in the UK in 2021 as he claimed the Scottish Open in a playoff. He continued to threaten the top of the leaderboard from that point and is tipped for big things in 2022.

He’s only 23 and has yet to play in a Major, outside of the Open Championship but he has the ability to make his mark on the PGA Tour.