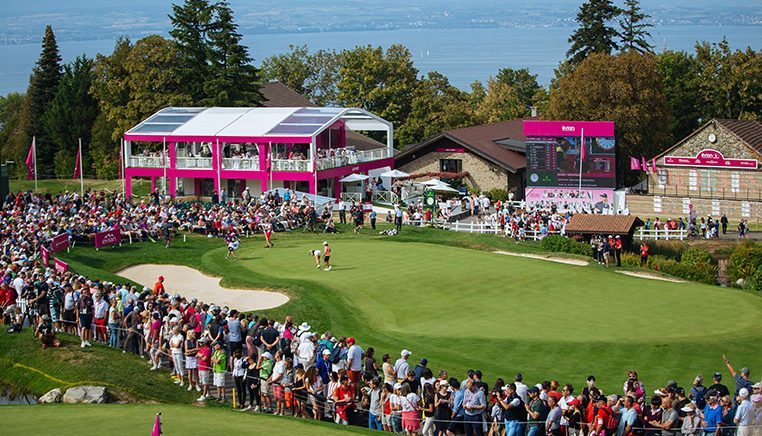 This year’s Evian Championship has been cancelled due to the on-going Covid-19 pandemic.

The organisers of the tournament, which is the fifth women’s Major, had been hoping for the 2020 renewal to go ahead at the iconic French venue at an already revised date (August 6-9), but the tournament committee has now decided to cancel it and return in July 2021.
A statement issued by Franck Riboud, chairman of The Evian Championship, said: “The ongoing uncertainty concerning the opening of borders, in particular with Asia and the USA, poses a major risk to the organisation of a competition, which in less than eight weeks, has to welcome 120 players from around the world and from over 30 countries. Even if in France restrictions concerning outdoor public events seem to be gradually easing, the LPGA and The Evian Championship’s organising committee have to recognise that the conditions for a safe and relaxed event that lives up to the expectations of the public, players, organisers and their partners are not in place. On top of this, as the sporting calendar does not allow for a rescheduling of the date (which was already postponed a few weeks ago from July to August), the tournament will be played in July 2021.”
Mr Riboud added: “We have waited for as long as organisational issues allow to make this decision with Mike Whan and the LPGA. But unfortunately, it was unavoidable in view of the situation with regards to US travel to Continental Europe. Our top priority is of course to ensure everyone stays healthy and safe.
The Evian Championship, which is co-sanctioned by the Ladies European Tour and the LPGA Tour, became a Major in 2013, after being previously known as The Evian Masters. The current champion is South Korea’s Ko Jin-young.
Stay up-to-date:
Share this story: