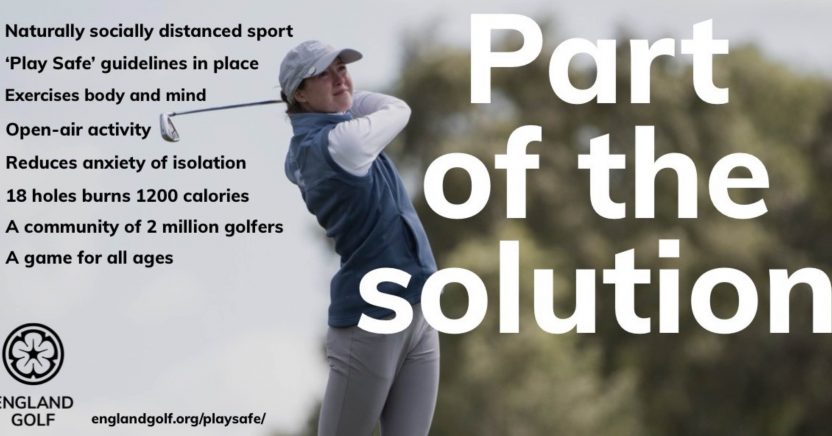 tweet Share:
England Golf CEO Jeremy Tomlinson is pressing the UK government to consider golf as part of the solution to the nation’s current public health crisis rather than another problem.
In light of the rapid rise in the rate of transmission of Covid-19 all across England, the UK Government has placed the country in a new national lockdown and instructed all golf courses and facilities to close.
In a statement issued on England Golf’s website, Tomlinson highlighted how golf should be treated the same way as other outdoor pursuits such as walking, cycling and running, and showed the steps that that have been taken that have allowed golf to safely take place in between periods of lockdown.

“Similar to other open-air recreations currently free of government restrictions, golf can be considered one of the most appropriate outdoor pursuits during a period of lockdown,” said Tomlinson.

“The public health crisis is uppermost in all our minds right now and I would ask government to consider golf to be seen as part of the solution as opposed to part of the problem itself. I would very much class golf alongside other pursuits such as walking, running and cycling, which are already part of the country’s daily exercise routine.

“It’s often said ‘golf is a good walk spoiled’ – of course, I don’t agree with the sentiment of the phrase, but when you boil it down golf really is a sporting version of a walk in the countryside. It’s in the open air, you naturally socially distance, you don’t touch anybody else’s equipment, you get a mental and physical boost from taking part. It’s enjoyable and relaxing.

“If golf courses were open for limited play in line with government regulations on outdoor meetings, then it would also help ease the strain being placed on other open spaces and public parks which are currently able to operate in an unregulated fashion.

“If you reopened golf courses to allow the community of two million golfers in England to have that as a safe option for exercise, then I think that could be a huge positive in the fight against the physical and mental health issues posed by lockdown.

“We hope to be able to convince the government of that and at the very least to bring golf back sooner, rather than later.”