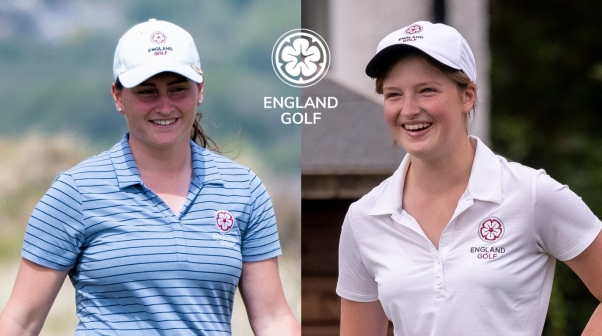 England Golf has announced its women’s and girls’ squads for 2021, both of which have a fresh look about them.

There are four new names in the six-strong girls’ squad and three newcomers to the women’s ranks. Somerset’s Davina Xanh – winner of the English Girls’ Stroke Play in 2020 – and county colleague Patience Rhodes are joined in the girls’ squad by Maggie Whitehead from Northumberland and Dubai-based Chiara Noja.

They will team up with 2020 squad members Lottie Woad from Surrey and Northumberland’s Rachel Gourley as the girls take on fresh challenges for 2021. Former girls’ squad player Thalia Kirby returns to the national set-up as one of the new faces in the women’s pool. The 19-year-old from BB&O is joined by Hampshire’s Emma Allen. Cumbria’s Caitlin Whitehead steps up from the 2020 girls’ squad. Essex golfer Lily May Humphreys and Cornwall’s Emily Toy – both recently named in the initial GB&I squad for the 2021 Curtis Cup – are familiar faces who retain their places.

Jenny Henderson, Assistant Performance Manager for women’s golf, said: “Despite the challenges 2020 presented, there were a number of strong performances from female players last year. These squads are bursting with talented, passionate and committed players who have the potential to win and we are excited to support them on their 2021 journey. Both squads have a year of opportunities ahead of them. Younger players, who missed out on key milestone events last season, will be looking forward to competing in Europe for the first time. The more experienced players will be looking to expand their skills on an international stage.”

“The experiences players have, as a result of competitive opportunities offered by England Golf, are integral to player development. Supported by a world-class coaching team, the squads will have access to expert technical coaching, strength and conditioning training and assistance in dealing with the psychological aspects of elite amateur sport. Hopefully, COVID-19 will be less disruptive this year – we continue to work hard as a performance team to ensure players have every opportunity to develop, whether that be through remote sessions, training camps or competitive opportunities. Despite an element of uncertainty remaining this season, I know these players will be prepared and ready to hunt down success whenever it is safe to do so.”

The key events for the women’s squad to focus on this season are the European Ladies’ Team Championship in July at Royal County Down in Northern Ireland and the Home Internationals scheduled for Woodhall Spa in August.

The European Girls’ Team Championships will be staged in July at Hilversumsche in the Netherlands with the World Junior Girls Championship due to take place in Angus Glen in Canada at the end of the season. The girls’ squad will also compete in the Home Internationals series at Woodhall Spa in August.

England’s women and girls go into the Home Internationals as defending champions having won their respective events in 2019 at Downfield GC in Dundee.

With a number of players now furthering their careers in America, England Golf will also name a women’s overseas squad for 2021 in the coming weeks. These players will benefit from England coaching sessions online and then in person when they return from college for the summer months and the competitive season in Europe.