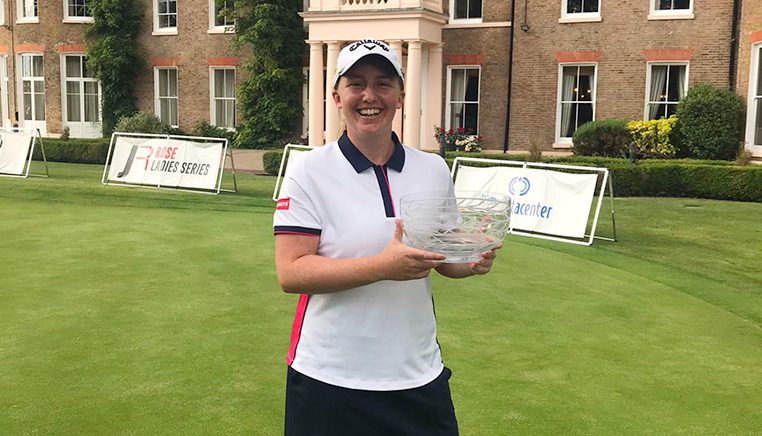 With a round of three-under-par 69 in changeable weather conditions, she edged a stroke ahead of Georgia Hall and Cara Gainer. Lily May Humphreys, Amy Boulden, Charley Hull and Annabel Dimmock tied for fourth.

Dryburgh, who lives in nearby Beaconsfield, bogeyed two of the first three holes before picking up her first birdie on the par-5 fifth. From there, she birdied the eighth, but dropped a shot at the short ninth to go out in 37. She then made four further birdies on 10, 13, 14 and 16 to come home in 32. The highlight was a slam dunk birdie on the 10th, which turned the momentum in her favour.

“I was one-over through nine and then I hit it in the bunker on 10 and I wasn’t very happy about that so I chipped out and then I holed it from the fairway,” Dryburgh said afterwards. “I had three more birdies after that, so it was a good back nine.”

Dryburgh, who earned her first professional win at the 2017 Oatlands Classic on the ALPG Tour, continued: “It means so much. I haven’t had a win since 2017 so it’s very nice to win again and it was a very good field as well, so it’s very special.”

Reflecting on the Rose Ladies Series so far, and a return to competitive golf ahead of the LET season, she added: “It’s been amazing and we’re getting to play at some great courses. It’s an honour to play at all of them. It’s great to get to see such strong fields and have a card in the hand again. It’s not quite the same as a social round, and it’s definitely good to get a card in the hand and get the competitive juices going again. It’s definitely different, so it’s good to get back into it.”

The full scores can be found here.